Bayer Leverkusen and Freiburg are set to trade tackles at the BayArena in a top-five Bundesliga six-pointer.

Bayer Leverkusen’s eye-catching 4-2 victory away to TSG Hoffenheim last time out has not only extended their winning Bundesliga streak to three matches, but it has also fired them into next season’s Champions League with a game to spare. Back at the BayArena, where they’ve alternated between winning (3) and losing (2) acorss their last five Bundesliga outings, ‘Die Werkself’ are aiming to avoid losing three consecutive meetigns with Freiburg in league action for the first since 1996. Another triumph, though, would see Gerardo Seoane’s side register four successive Bundesliga wins for the second time this season. Conceding first could dent those hopes, with Leverkusen suffering defeats in all four home league matches in which they shipped the opener this season.

In the meantime, Freiburg’s indifferent three-match Bundesliga form (W1, D1, L1) could cost them dearly, as they need to pick up all three points here and hope RB Leipzig to go down at Arminia Bielefeld to secure a coveted fourth-place finish. A victory at the BayArena is not beyond the realm of possibility, though, with ‘Breisgau-Brasilianer’ going unbeaten in their last seven competitive away games against domestic rivals (W4, D3), including three wins in a row in the build-up to this trip. Moreover, Freiburg recorded a 2-1 victory in their most recent league visit to Leverkusen, ending an abysmal streak of seven away H2H Bundesliga clashes without winning (D2, L5). With Freiburg’s last three top-flight matches featuring 5+ goals and both teams on the scoresheet, this could be an action-packed contest. 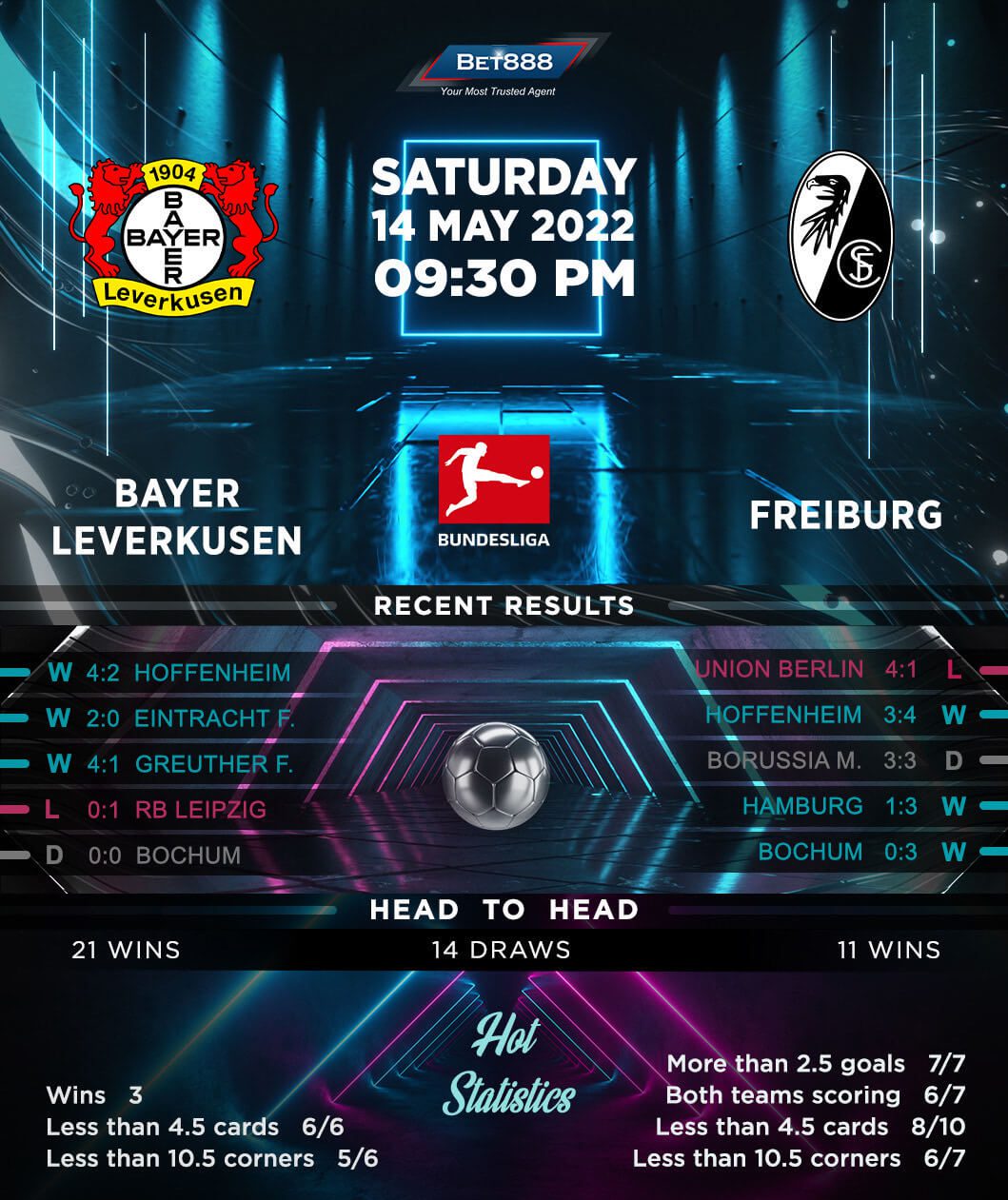