Fresh from a 4-1 thumping of Hapoel Beer-Sheva in the Europa League midweek, Bayer Leverkusen will be looking to carry that momentum into their Bundesliga showdown against Hertha BSC at the BayArena.

The hosts seem to have managed to overcome a stuttering start to the Bundesliga season that had seen them pick up three draws in a row. Indeed, ‘Die Werkself’ head into this clash on the back of five consecutive league victories, three of which came via a single-goal margin. Despite winning two of their opening three Bundesliga home matches this season (W2, D1), slow-starting Leverkusen conceded the opener on two of those occasions. In fact, Peter Bosz’s men have yet to score inside the first 15 minutes at home. Curiously, both of Leverkusen’s previous home Bundesliga games have seen over 2.5 goals and both teams on the scoresheet, which has been the case in six of their last eight top-flight H2Hs held at this venue.

Meanwhile, the visitors have endured a torrid start to the season, losing five of their opening eight league matches (W2, D1). Yet, Bruno Labbadia’s men can take some confidence from the fact they won both of their Bundesliga H2Hs last season without conceding. Also, quick-fire Hertha have opened the scoring in three of their four Bundesliga trips so far. Furthermore, ‘Die Alte Dame’ netted over 2.5 goals three times across that four-game sequence. Hertha’s away league action usually sparks into life after half-time, as evidenced by the fact that 66.67% of their total Bundesliga goals scored/conceded on the road arrived in the second half of play (12/18). 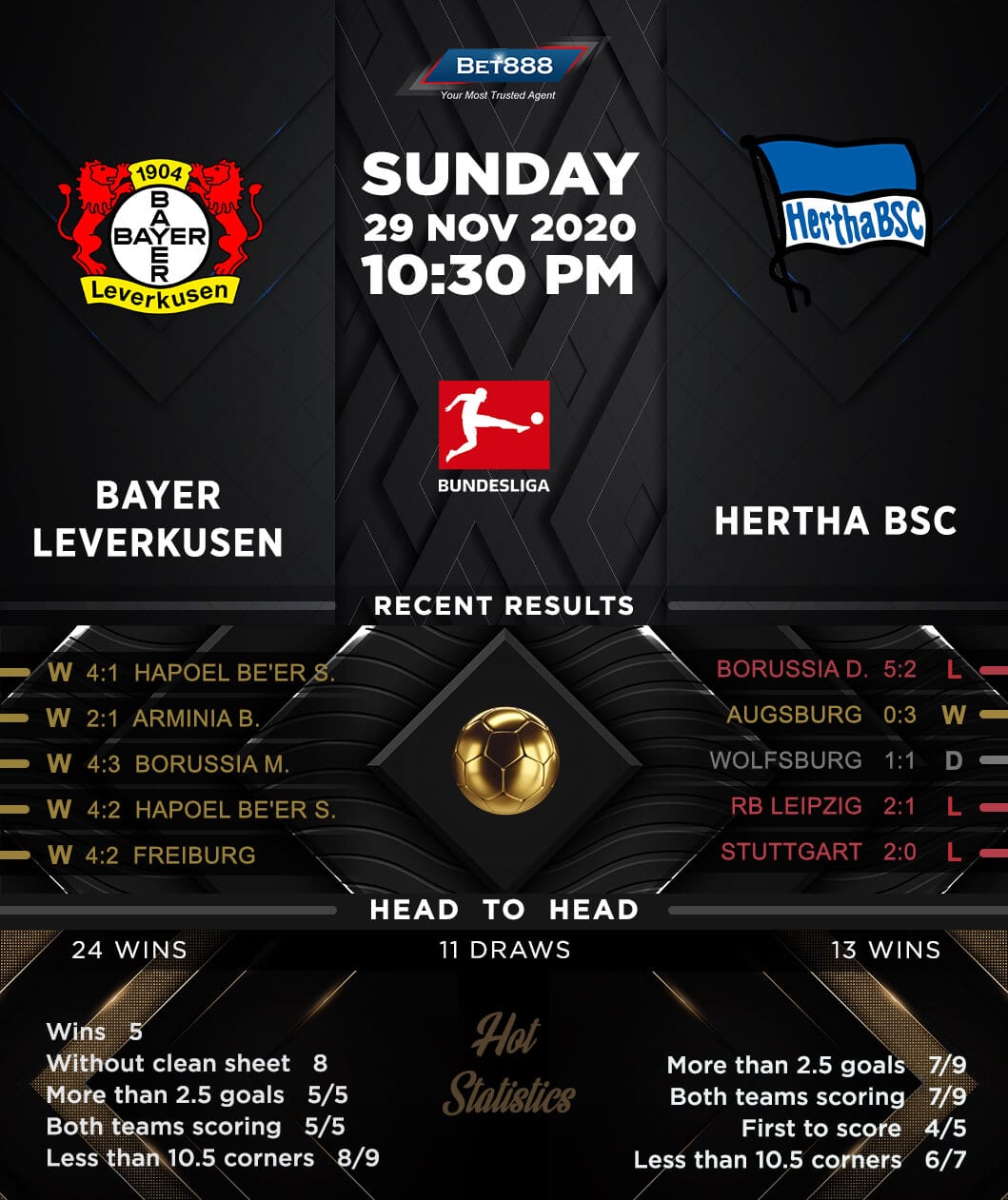