Bayer Leverkusen will be looking to extend their winning Bundesliga run against Koln to three matches when the two sides meet at BayArena this weekend.

Bayer Leverkusen have gone from back-to-back Bundesliga defeats to two consecutive league games without a loss (W1, D1), though they head into this meeting on the back of a goalless away draw to TSG Hoffenheim. Leverkusen’s 2-1 victory over dead-last Schalke 04 in their most recent home Bundesliga fixture brought their three-match winless home league streak to a halt (D1, L2). However, ‘Die Werkself’ have failed to keep a clean sheet in any of their last 12 home outings in all competitions, conceding precisely twice per game in five of the last six. Unbeaten in his first two Bundesliga matches in charge Bayer (W1, D1), new coach Hannes Wolf will be desperate to see his side pick up a half-time lead, knowing they have won 83.33% of the Bundesliga fixtures in which they were in front at the interval this season (GP12 – W10, D2).

Meanwhile, Koln’s disappointing 3-2 home defeat to Mainz last time out has stretched their unbeaten run in the Bundesliga to eight matches (D2, L6), with ‘Die Geißböcke’ conceding 2+ goals five times during that eight-game sequence. As a result, the visitors head into proceedings sitting three points adrift of safety. Away from home, Friedhelm Funkel’s men have suffered four consecutive league reverses since a 2-1 win at Borussia Monchengladbach on Matchday 20, letting in over 1.5 second-half goals on three occasions in the process. Interestingly, though, four of Koln’s five Bundesliga victories this season have arrived on the road, with Funkel’s side registering a league-highest percentage of 65% for the points returned away from home (15/23). Worryingly, Koln have developed a habit of falling behind without recovering, surrendering the points in 87.5% of the Bundesliga matches in which they were trailing at half-time this season (GP8 – D1, L7). 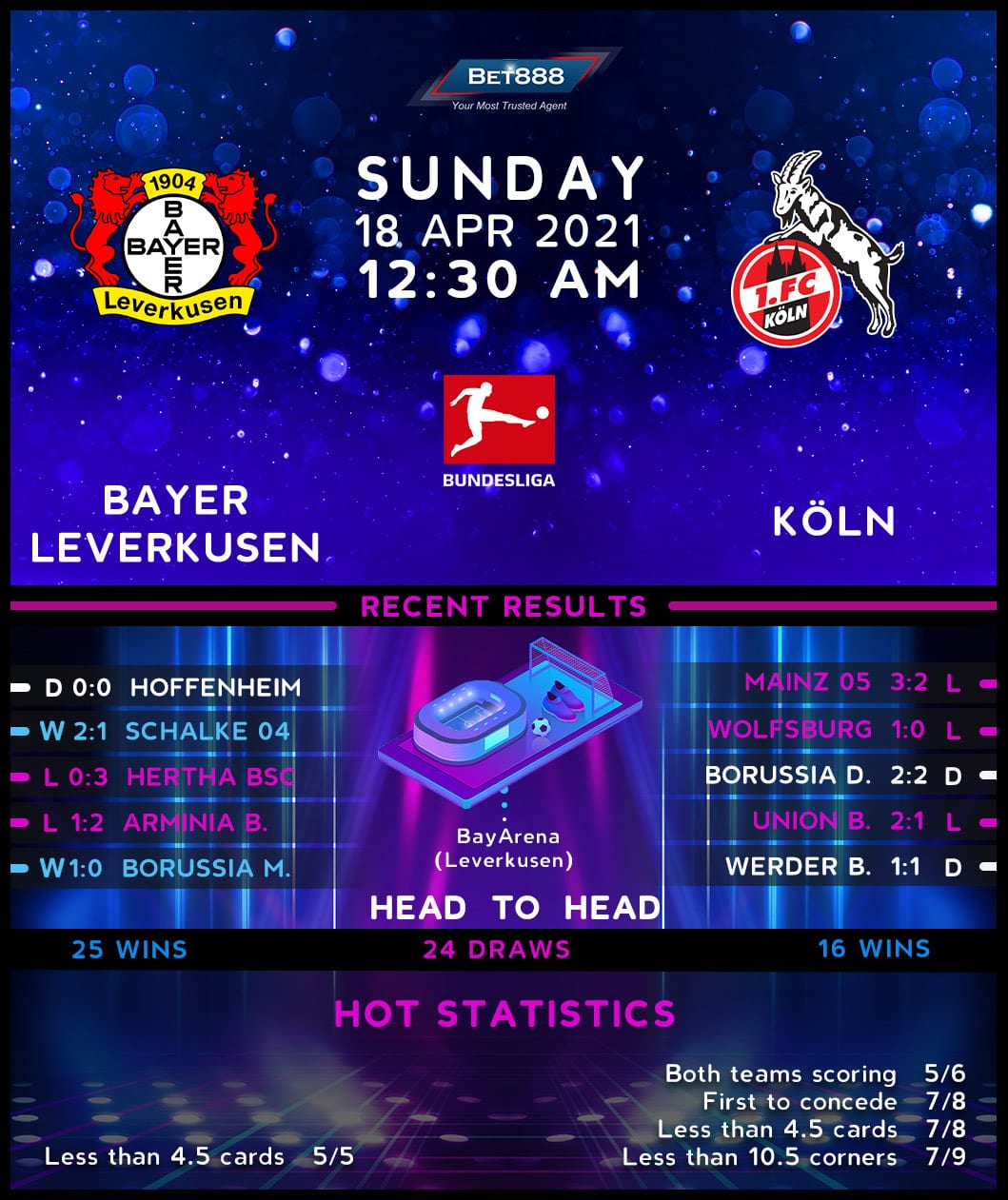