Bayer Leverkusen will be looking to post back-to-back Bundesliga wins for the first time this calendar year when they meet relegation-threatened Mainz 05 at BayArena this weekend.

Since the beginning of December 2020, only one of Leverkusen’s 11 Bundesliga games has ended in a draw (W5, L5), with each of their five defeats in that period coming by a single-goal margin, and with the last three yielding the same 1-0 scoreline. Meanwhile, ‘Die Werkself’ tend to go nuclear when winning, as witnessed by the fact they’ve bagged over 2.5 goals in seven of their last nine Bundesliga victories, managing an average of 3.44 goals scored per win. Identically prolific in both halves, Peter Bosz’s men have registered double digits in terms of the goals scored per half at home this Bundesliga campaign (10 in the first half – 11 in the second half). Leverkusen’s scoring capacity will be put to the test against a side they have scored one goal or less in six of their last seven top-flight H2Hs held at this venue.

On the other hand, Mainz have won two of their last three Bundesliga matches (L1), as double as they had across their opening 17 top-flight fixtures this term (W1, D4, L12). However, only rock-bottom Schalke 04 (3) have racked up fewer away league points than ‘Die Nullfünfer’ (5) this season, with Bo Svensson’s men alternating between a draw and a loss in their last five Bundesliga trips (D2, L3). Much of the blame should be pinned on a leaky defense that has conceded a league second-high 21 goals on the road this season, letting in 2+ goals in three of their last five away Bundesliga games. Particularly vulnerable after half-time, Mainz have recorded 71.43% of their total away league goals conceded in the second half of play (15/21). 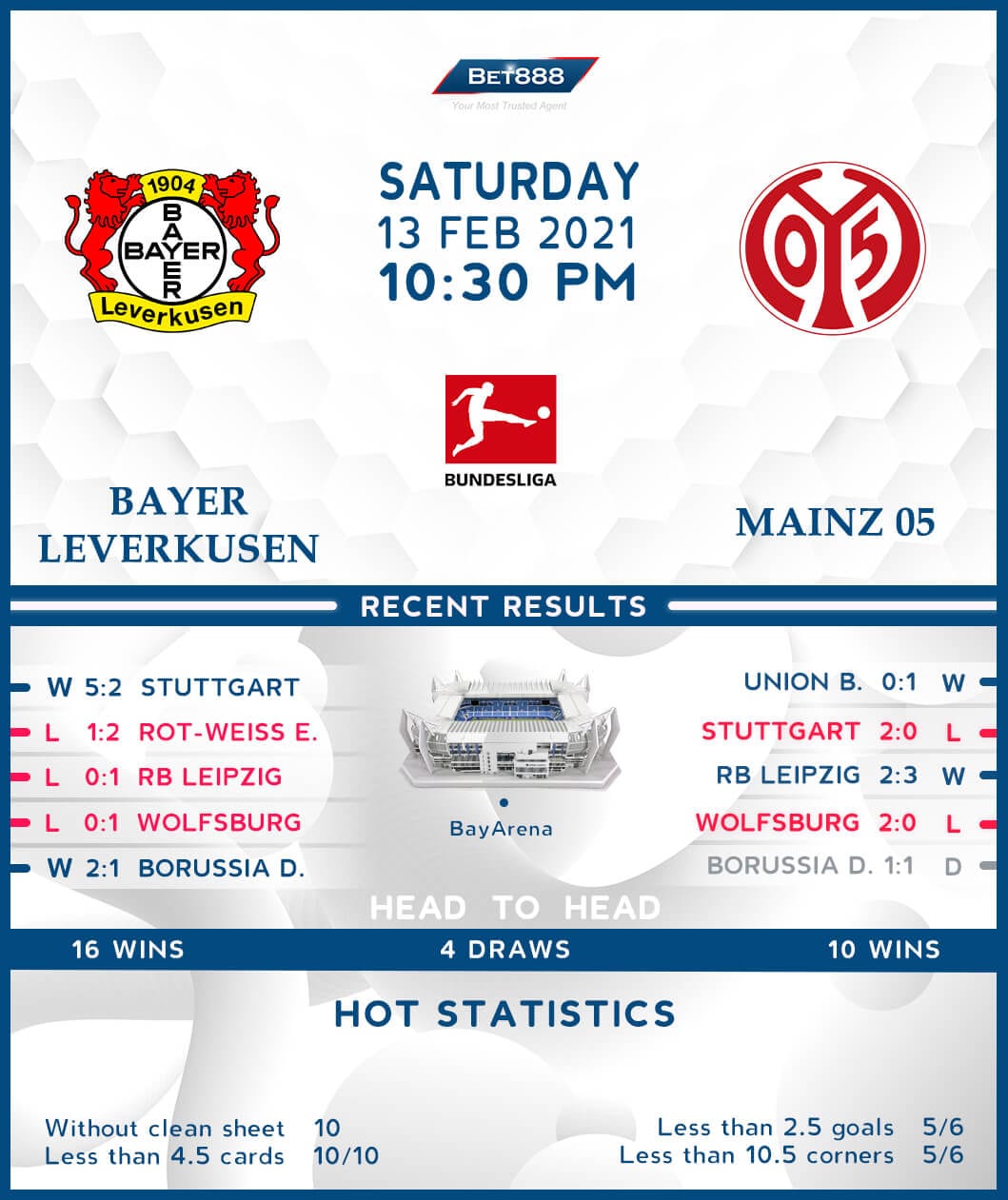