Bayer Leverkusen will be desperate to wrap up all three points when they take on dead-last Schalke 04 at the BayArena in a must-win Bundesliga game.

The international break came as a perfect opportunity for Leverkusen to rally their troops following a dismal spell of form that saw them win just once in six Bundesliga matches (D1, L4). A return of three defeats from their last four league outings (W1) has pushed ‘Die Werkself’ down to sixth, as they head into this meeting trailing fourth-placed Eintracht Frankfurt by seven points. At the BayArena, Hannes Wolf’s men have picked up only one victory across their last five Bundesliga games (D1, L3), with each loss in that sequence coming by a narrow one-goal margin. However, a 3-0 win in the reverse fixture earlier in the season gives the home side a chance to register a league double over Schalke for the first time since 2014/15.

Meanwhile, the visitors are sinking without a trace after losing 69.23% of their Bundesliga matches this season (GP26 – W1, D6, L18) and conceding a league-highest average of 2.65 goals per match. Indeed, no team has shipped more goals than Schalke (69) so far this season, with ‘Die Königsblauen’ also conceding a league-high 23 second-half on the road this season. Dimitrios Grammozis’ men have failed to impress at the other end of the pitch too, frustratingly scoring the division-low 16 Bundesliga goals thus far, and remain the only side yet to smash a 20-goal barrier this term. Topically, they have drawn a blank in seven of the 11 top-flight fixtures since landing their sole win this campaign against TSG Hoffenheim. Away from home, Schalke have failed to win any of their last 23 Bundesliga matches (D8, L15) – the worst such run in the club’s history. 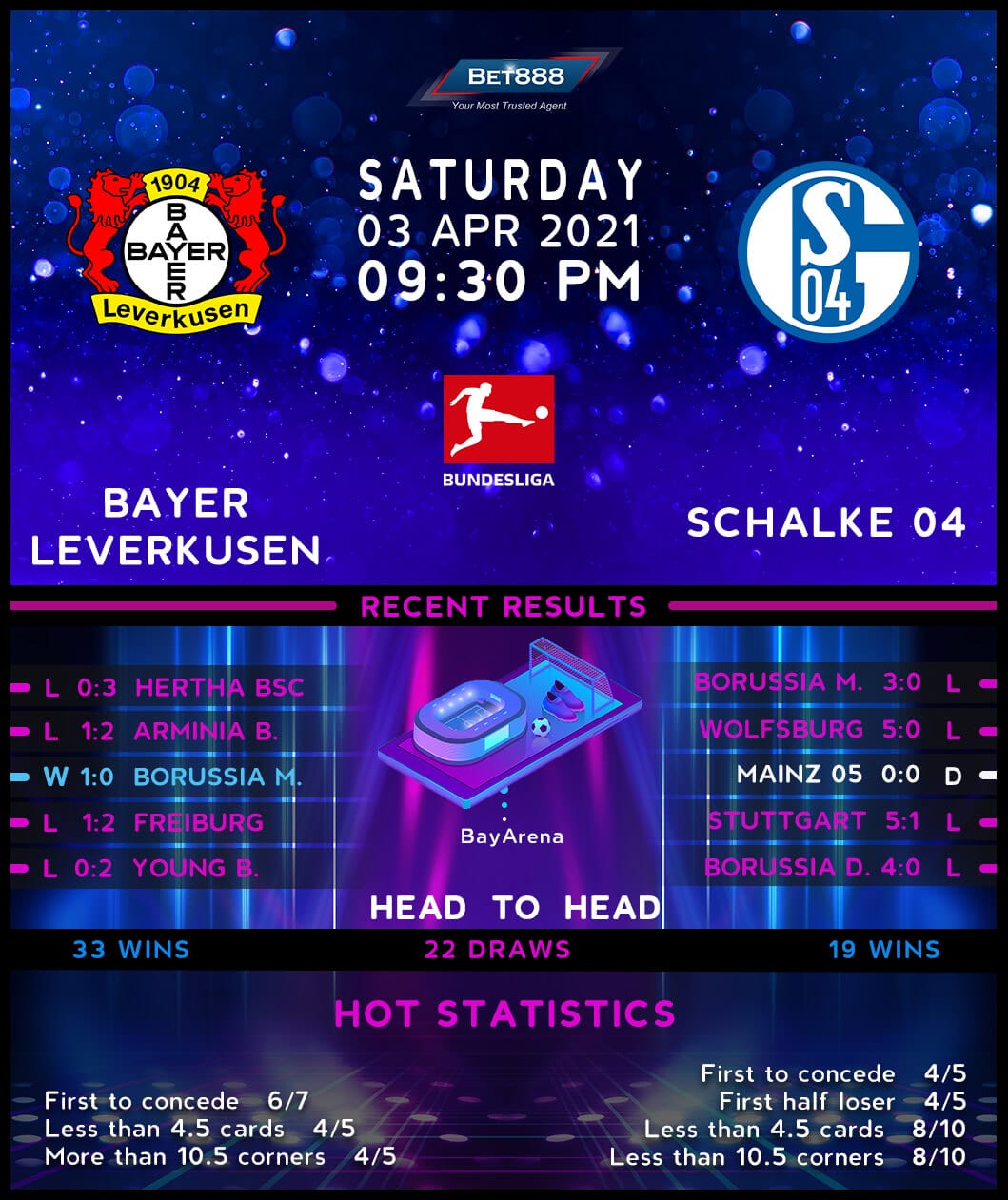