In addition to a shocking DFB Pokal elimination at the hands of lower-league side Essen during the midweek, Leverkusen have lost three of their last four Bundesliga outings via the identical 1-0 scoreline (W1). Speaking of Bayer’s dip in form, they have only won once in their previous four Bundesliga home matches (D1, L2), scoring under 1.5 goals on three of those occasions. However, ‘Die Werkself’ must be confident of restoring their form starting this weekend, as they take on a side they’ve won against in five of their last six top-flight H2Hs as hosts (L1), netting 2.8 goals on average per victory. Winning the first half could be the way, as Peter Bosz’s men boast a win-ratio of 88.89% when leading at half-time this season (GP:9 – W8, D1).

On the other hand, Stuttgart claimed a comfortable 2-0 home win over Mainz 05 last time out, halting a three-game winless Bundesliga streak (D1, L2), though they did lose 2-1 to Borussia Monchengladbach in the DFB Pokal midweek. Away from home, none of Stuttgart’s last six Bundesliga fixtures have ended level (W3, L3), with three of those results (win/loss) yielding at least a three-goal margin. Remarkably, ‘Die Schwaben’ have netted a league second-high 22 away goals this season, finding the net in both halves in 60% of their Bundesliga trips. Interestingly, 11 (57.89%) of their 19 top-flight games this season have featured a goal inside the final 15 minutes of play, highlighting the potential for plenty of late action. 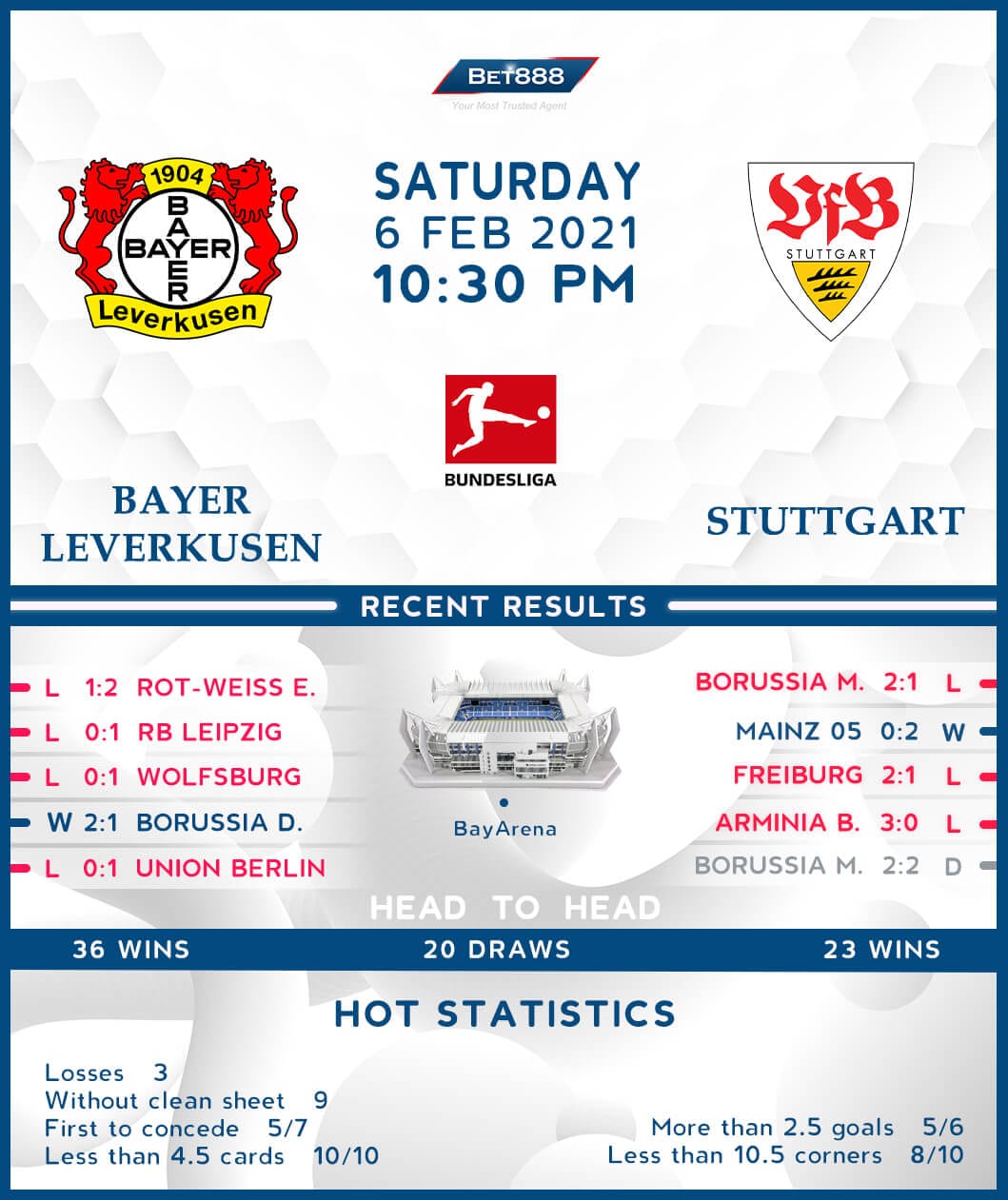