TSG Hoffenheim will be hoping to extend their unbeaten Bundesliga streak against Bayer Leverkusen to five matches (W3, D1) when the two teams meet at the BayArena.

Bayer Leverkusen have gone rampant since losing to Slavia Praha in the Europa League at the end of October, picking up eight victories in their nine subsequent fixtures across all competitions (D1). Remarkably, seven of Leverkusen’s successes during that nine-game sequence saw Peter Bosz’s men score over 3.5 goals! In the Bundesliga alone, ‘Die Werkself’ remain one of just two sides yet to taste defeat this season (W6, D4), winning all but one of their seven previous league contests (D1). What’s more, Leverkusen’s tally of just nine Bundesliga goals conceded so far is second to none, with Bosz’s team letting in a league-low four first-half goals. But, the hosts have failed to win any of their last four top-flight H2H meetings held at this venue (D2, L2), conceding an average of 2.25 goals across that period.

Meanwhile, a 4-1 thumping of Gent in the Europa League midweek has brought Hoffenheim’s unbeaten run in all competitions to six matches (W3, D3), four of which saw TSG score over 1.5 goals. But, in the Bundesliga, a 3-1 home triumph over Augsburg last time out did mark Hoffenheim’s first league win after seven games (D3, L4). Furthermore, ‘Die Kraichgauer’ have gone winless in four away league fixtures (D2, L2) since securing a 3-2 victory over Koln in their first Bundesliga trip of the season. Their defensive woes have been widely exposed at the beginning of the season, as Sebastian Hoeneß’s men have failed to keep a clean sheet in any of their opening ten Bundesliga matches, conceding an average of 1.7 goals in this run. It’s also worth noting that the visitors have shipped the first goal in each of their last three away league games. 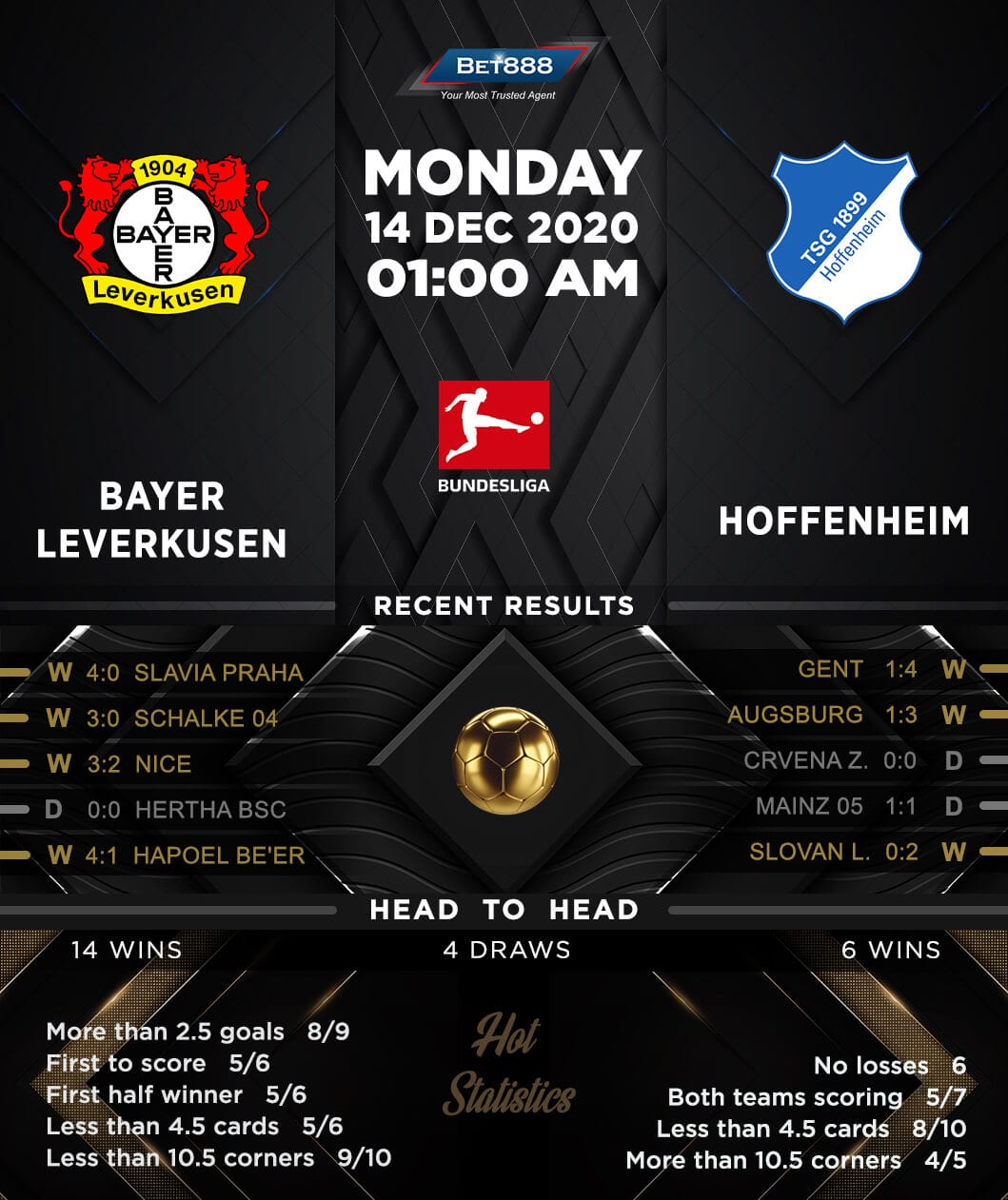