Fresh from winning the FIFA Club World Cup, Bayern Munich return to Bundesliga action, as they meet Arminia Bielefeld at the Allianz Arena.

Bayern Munich take the field after winning their last five Bundesliga matches by an aggregate score of 12-2, scoring the opening goal within 33 minutes of play on each occasion. Additionally, the ‘Bavarians’ have been relentless at the Allianz Arena, as they remain one of only two sides yet to lose at home this Bundesliga campaign (GP:9 – W7, D2), returning an intimidating +22 goal difference from such outings (GF:34, GA:12). Hansi Flick’s men often tend to step on the gas after half-time, as witnessed by a whopping 22 second-half goals scored at home this season. Going back to 1996, Bayern have won all nine of their top-flight home meetings with Bielefeld, keeping a clean sheet in six of them while scoring 19 goals in total.

Meanwhile, Arminia Bielefeld have experienced a dip in form lately, going from three consecutive Bundesliga clean sheets (W2, D1) to back-to-back defeats, both of which saw them concede 3+ goals. Indeed, Bielefeld’s defensive woes have to be addressed, especially the fact they’ve conceded a league fourth-high nine first-half goals away from home this Bundesliga campaign. Topically, four of their last eight league goals conceded have arrived inside the opening 30 minutes of play. The toothless attack also holds responsibility for a mediocre season, as ‘Die Arminen’ come into this matchday as the division’s joint-worst offensive team (15 goals netted). That said, Uwe Neuhaus’ men are the only side in the Bundesliga yet to score in the first half away from home this season. 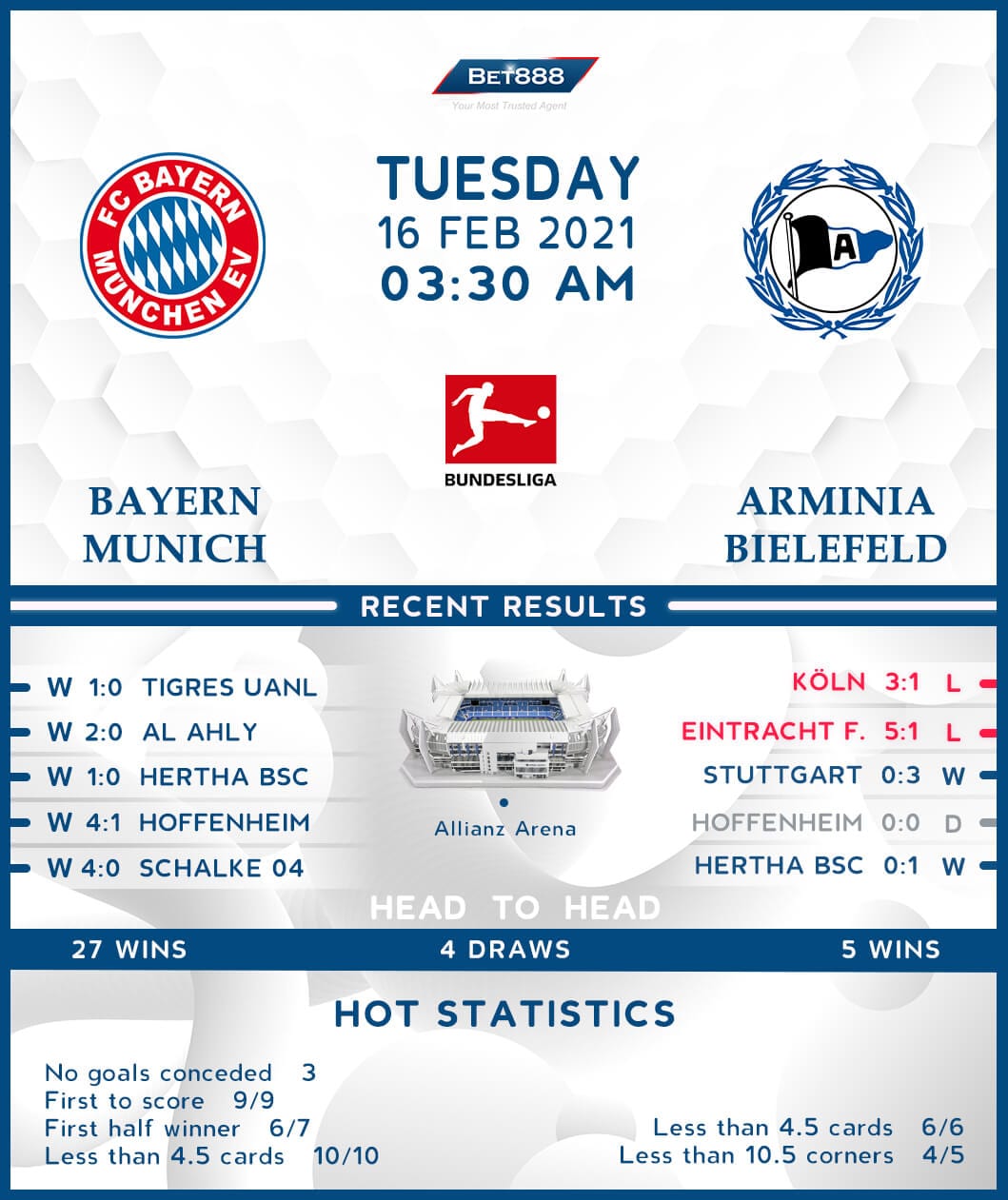