Bayern Munich and Augsburg go head-to-head at the Allianz Arena in the ultimate round of the 2020/21 Bundesliga season.

Despite an indifferent form during their last three Bundesliga matches (W1, D1, L1), Bayern Munich have won the title for the record-extending 31st time. The ‘Bavarians’ have their final game of the season in 13 of their last 14 Bundesliga campaigns, barring a 4-1 defeat to Stuttgart at home in 2018. Hansi Flick’s men haven’t lost any of their 16 Bundesliga fixtures at the Allianz Arena this season (W12, D4) and are undefeated in their last five home league meetings with Augsburg (W3, D2) since a 1-0 loss in May 2015. The perennial Bundesliga champions could become the third team to score in each match in a single top-flight campaign. Interestingly, though, Bayern became the first club since FC Kaiserslautern in 1990/91 to win the Bundesliga title despite conceding 42+ goals in the season.

Meanwhile, Augsburg secured their Bundesliga safety with a 2-0 home victory over Werder Bremen last time out, ending a run of five league matches without a win in the process (D1, L4). However, the ‘Fuggerstädter’ have lost eight of their ten away Bundesliga games since the turn of the year (W2), including the last five in a row by an aggregate score of 9-2. Of all the teams currently sitting outside the drop zone, only Arminia Bielefeld (24) have netted fewer Bundesliga goals than Augsburg (34) this season. Away from home, Markus Weinzierl’s men have scored a miserly average of 0.81 goals per Bundesliga match, netting 2+ goals just once in 16 league trips this season. Furthermore, the visitors have drawn a blank in the first half across each of their last six league outings. 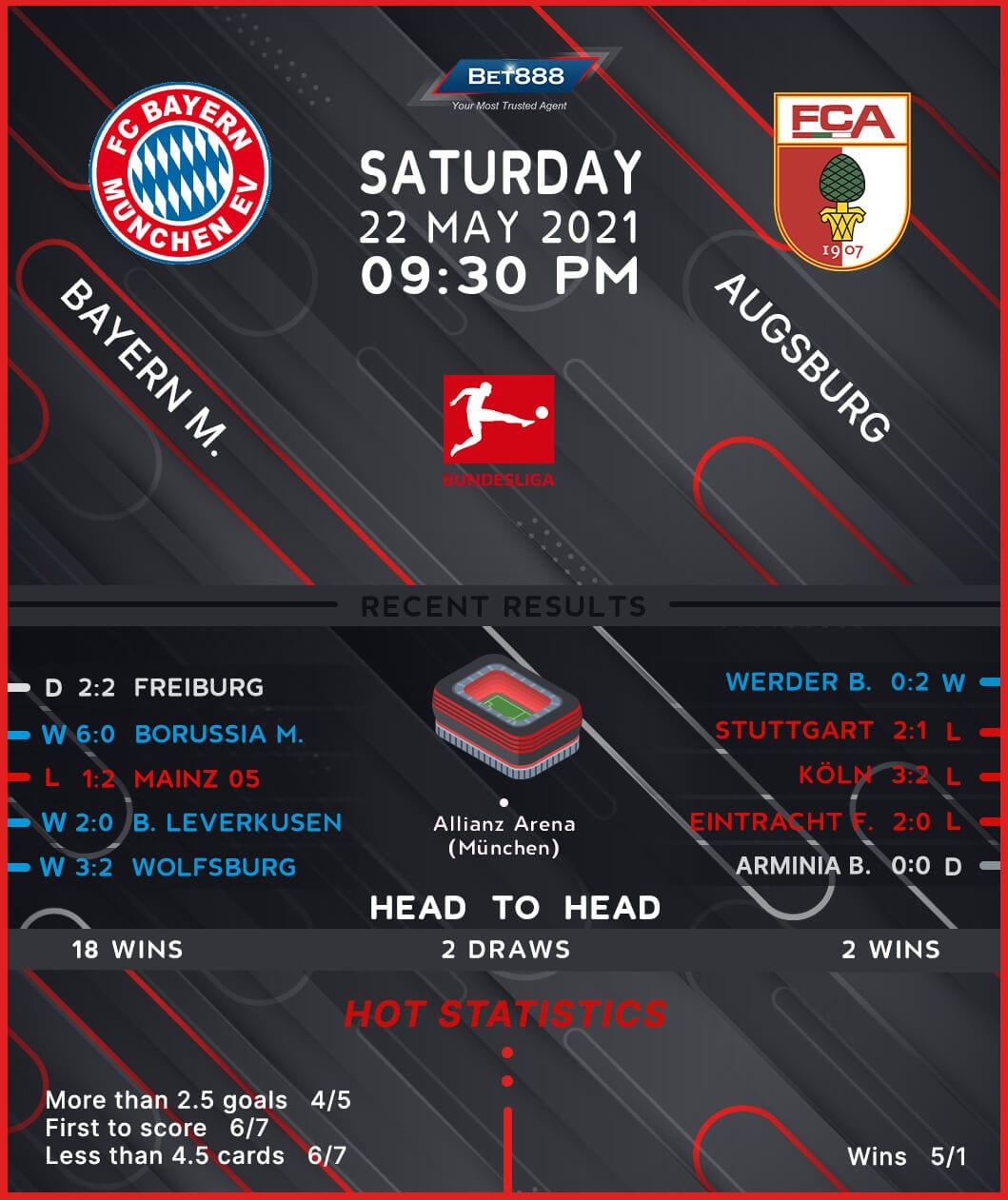