Bayern Munich and Bayer Leverkusen will trade tackles at the Allianz Arena in one of the most highly anticipated fixtures on the Bundesliga football schedule this midweek.

Bayern’s keenly-contested 3-2 victory at Wolfsburg last time out saw their unbeaten Bundesliga run stretch to seven matches (W6, D1), as they head into this encounter holding a seven-point lead on second-placed RB Leipzig. Remarkably, the ‘Bavarians’ have found the net in 42 Bundesliga fixtures on the trot, which has been the case in each of their last 30 top-flight H2Hs in Munich. Before losing this exact fixture 2-1 in 2019/20, Bayern had won six consecutive Bundesliga meetings with Leverkusen at home despite failing to keep a clean sheet on four of those occasions. However, the perennial German champions have been ruthless at the Allianz Arena this season, winning ten of their 14 Bundesliga games here while drawing the other four. Bayern’s formidable attack has scored a league-high 51 goals at home this term, managing an average of 3.64 per game.

Meanwhile, Leverkusen’s 3-0 home triumph over Koln last time out saw them extend their unbeaten Bundesliga run to three games (W2, D1), having suffered back-to-back defeats beforehand. After keeping two consecutive Bundesliga clean sheets, ‘Die Werkself’ can now register three league shutouts in a row for the first time since 2016. The ‘clean-sheet’ theme has highlighted Bayer’s recent away Bundesliga matches as each of the last three has seen one or both sides fail to get on the scoresheet, with two of them featuring under 1.5 total goals (W1, D1, L1). By contrast, each of their last four top-flight trips to Bayern Munich has seen both teams score in fixtures garnering over 2.5 total goals. Curiously, the visitors have yet to taste defeat in the Bundesliga under interim manager Hannes Wolf (W2, D1). 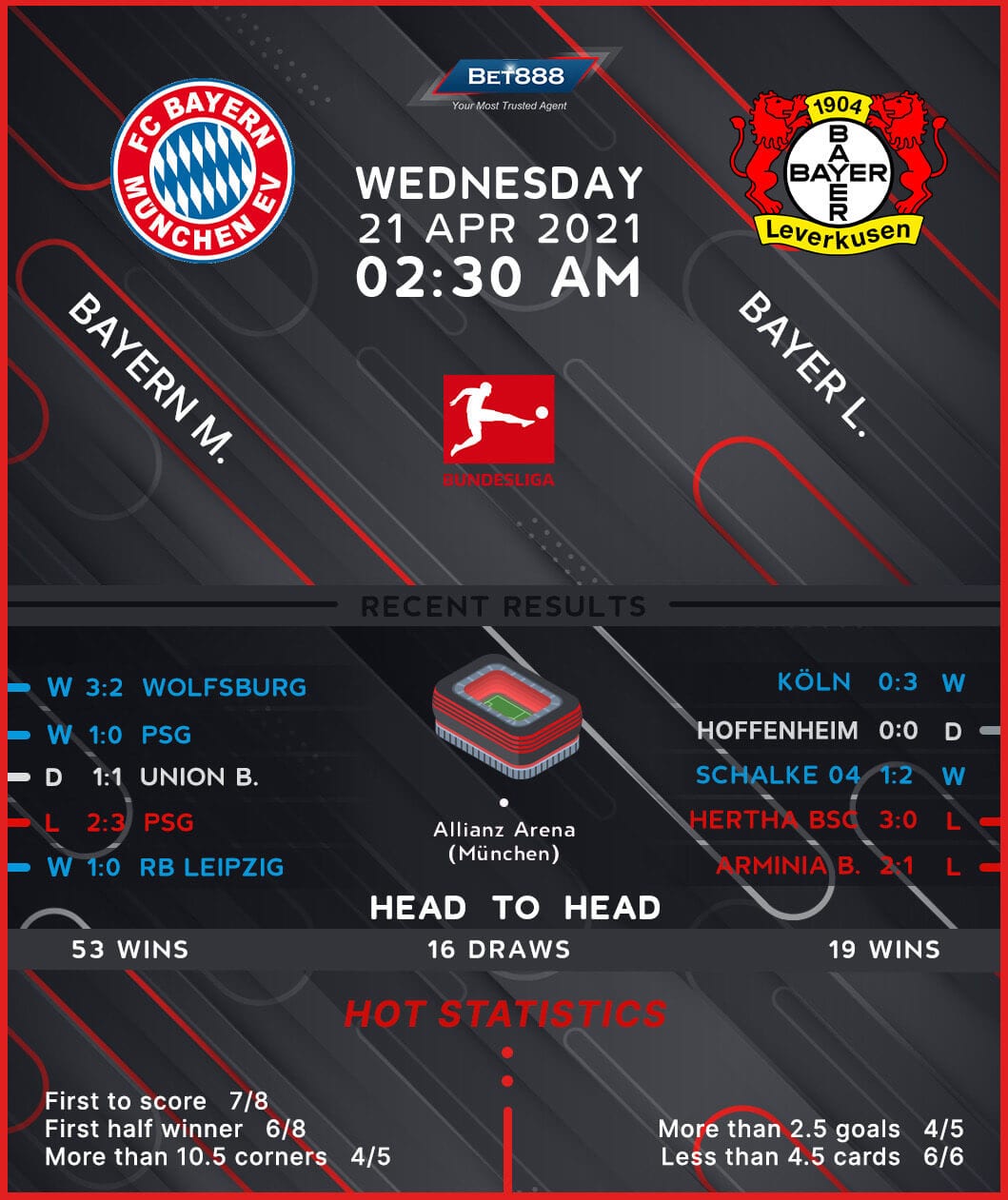