Bayern Munich and Borussia Dortmund are set to lock horns at the Allianz Arena in one of the most highly anticipated fixtures on the Bundesliga football schedule.

The ‘Bavarians’ have enjoyed an upturn in form in the build-up to this meeting, going from two straight games without winning (D1, L1) to back-to-back victories, both of which have yielded FT margins of 3+ goals. Allianz Arena has been a fortress the Bayern supporters have been hoping for this season, with the reigning champions yet to lose a home Bundesliga match (GP11 – W8, D3). Notably, Hansi Flick’s men have accrued a staggering league-high 42 goals scored at home this term, managing an intimidating average of 3.81 goals scored per Bundesliga home fixture. Particularly hot to handle after the half-time break, the hosts have registered a clear majority (66.67%) of their total Bundesliga home goals netted in the second half of play (28/42). Bayern are likely to add to their tally this weekend, as they meet a side they’ve scored 26 goals against across their last six top-flight meetings held at this venue.

As for the visitors, they come into this encounter in the midst of a fine spell of form of their own, having racked up a four-game winning streak across all competitions. ‘Die Borussen’ have kept a clean sheet in back-to-back Bundesliga outings after conceding at least once in seven league fixtures on the trot. At the other end of the pitch, the visitors have got on the scoresheet in 21 consecutive Bundesliga games, netting twice or more in five of the last six. Furthermore, Edin Terzic’s men boast the ability to finish off their league matches strongly, as evidenced by the fact that they’ve found the net inside the final 15 minutes of play 56.52% of their Bundesliga clashes this campaign. Indeed, late action is well on the cards, as 73.91% of Dortmund’s league fixtures this season have seen a goal scored beyond the 75th minute. 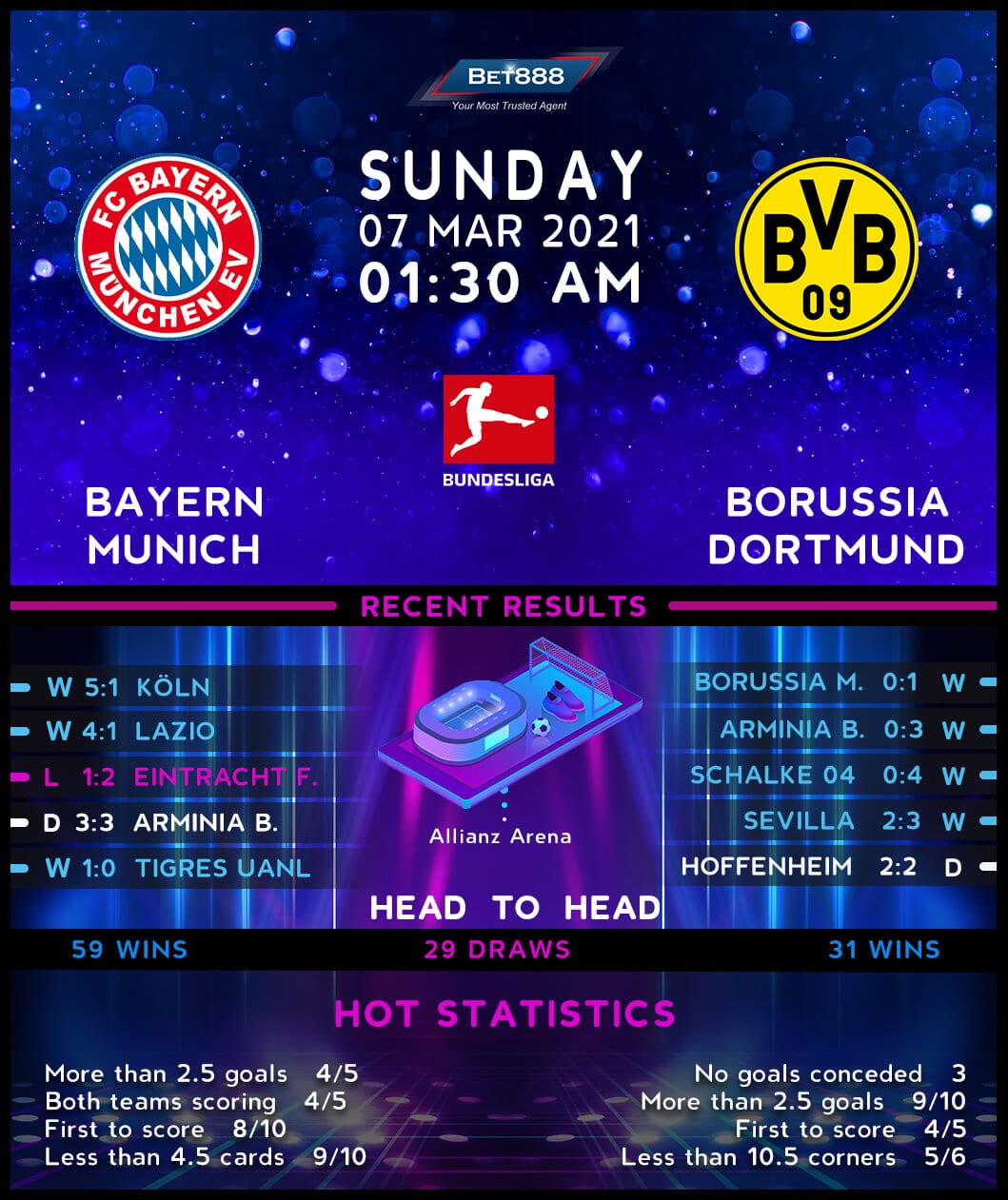