Bayern Munich and Borussia Monchengladbach are set to trade tackles at the Allianz Arena in a potentially high-scoring Bundesliga fixture. Each of their last seven league meetings has produced 3+ FT goals.

Before succumbing to a 2-1 away defeat to Mainz 05 last time out, Bayern Munich had gone unbeaten in eight Bundesliga matches in a row (W7, D1), having netted an average of 2.87 goals per game in that period. Bayern’s victory over Gladbach would crown them Bundesliga champions for the ninth season running. Curiously, they would become only the second team in the 21st century to lift the title despite conceding 40+ goals. But the ‘Bavarians’ are in jeopardy of suffering back-to-back league defeats for the first time this season, coming up against a side they’ve lost to twice in their last six top-flight H2Hs as hosts (W3, D1). If Hansi Flick’s men win here, it might well be a landslide victory, considering 72.73% of their home Bundesliga triumphs this season have come by a full-time margin of 2+ goals (8/11).

Meanwhile, after going winless in seven consecutive Bundesliga fixtures (D2, L5), the visitors have won four of their last six league games (D1, L1), including a 5-0 thumping of Arminia Bielefeld in their most recent outing. Monchengladbach’s upturn in form has also seen them score 2+ goals in each of their last six Bundesliga matches for the first time since autumn 2018. ‘Die Fohlen’ have been an exciting team to watch on the road lately as four of their last five away Bundesliga games have seen over 3.5 goals and both sides scoring. Also, both of their previous league trips have seen the opener netted within 25 minutes of play in the first halves featuring 2+ goals. Having run out 3-2 victors in the reverse fixture back in January, Gladbach are now aiming to complete a league double over Bayern for the first time since 2011/12. 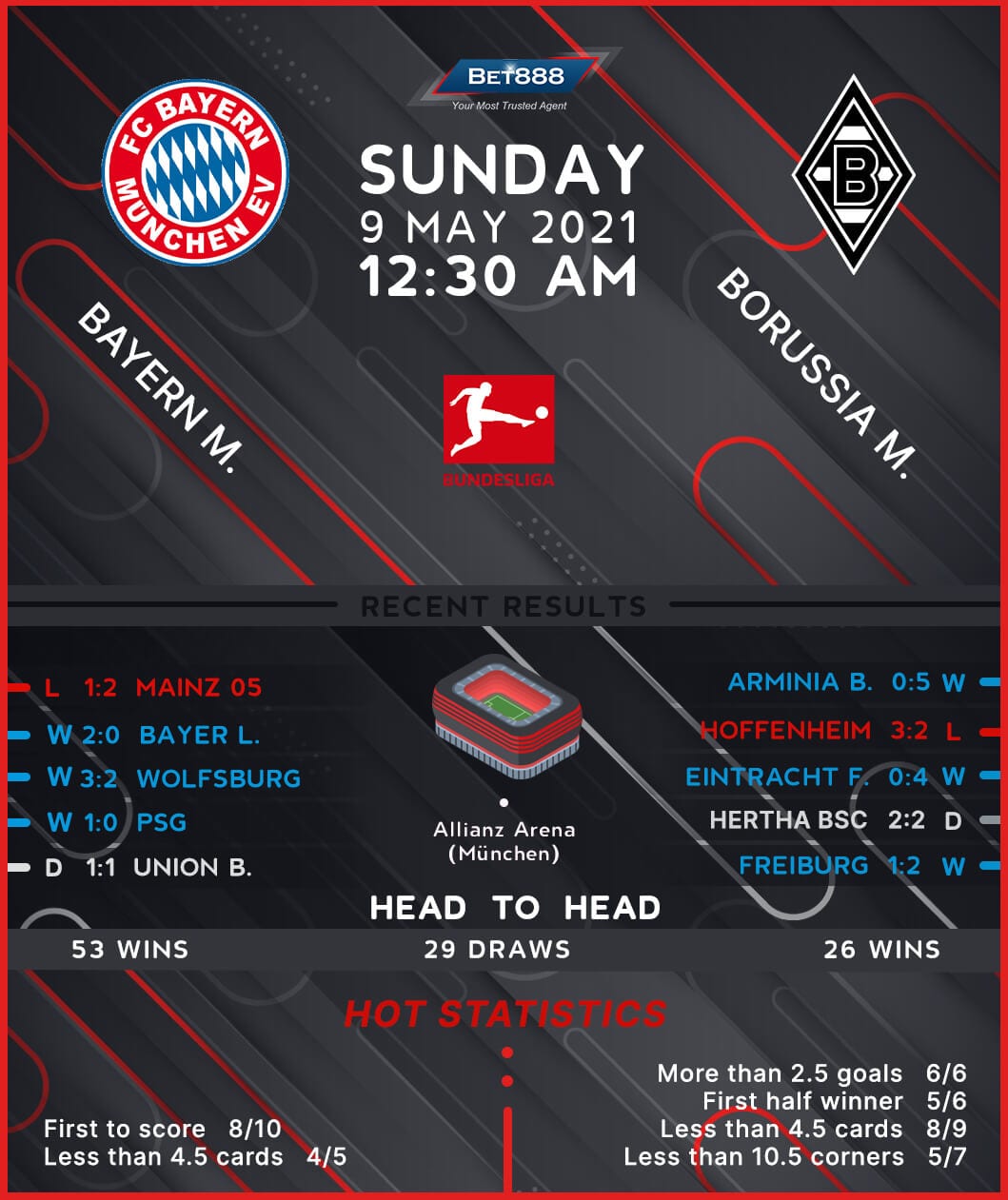