Bayern Munich’s first Bundesliga home match in 2023 pits them against mid-table Cologne at the Allianz Arena this midweek.

Despite picking up a 1-0 halftime lead through free-scoring striker Eric Maxim Choupo-Moting, perennial German champions Bayern Munich could only manage a 1-1 draw at RB Leipzig in their 2023 Bundesliga opener. However, the ‘Bavarians’ will reside at the top of the tree midway through the season for the tenth time in the last 12 years as they head into this round holding a five-point lead on second-placed Eintracht Frankfurt. Back at the Allianz Arena, where they’ve not lost any Bundesliga game this season (W5, D2), Julian Nagelsmann’s men will be confident about extending an outrageous run of seven wins in their last eight home league H2Hs against Cologne (D1). Adding to this sentiment, Bayern had won four straight top-flight home games by an aggregate score of 21-3 before the World Cup break hindered their momentum.

On the other hand, Cologne returned to Bundesliga action with a blockbuster 7-1 home win over Werder Bremen at the weekend, ending an underwhelming run of three consecutive Bundesliga defeats. However, if they’re to repeat last season’s seventh-place finish, the ‘Billy Goats’ will have to find their feet on the road after picking up just one win on their eight league travels in 2022/23 (D3, L4). That’s easier said than done, considering they’ve lost four straight away league fixtures in the lead-up to this clash, including the last three via multi-goal margins and without reply. If that’s not concerning enough, Steffen Baumgart’s men have conceded the opening goal in a league-high 87.5% of their Bundesliga away matches this term (7/8). On top of that, you’d have to go back to 2009 for Cologne’s last Bundesliga triumph at Bayern. 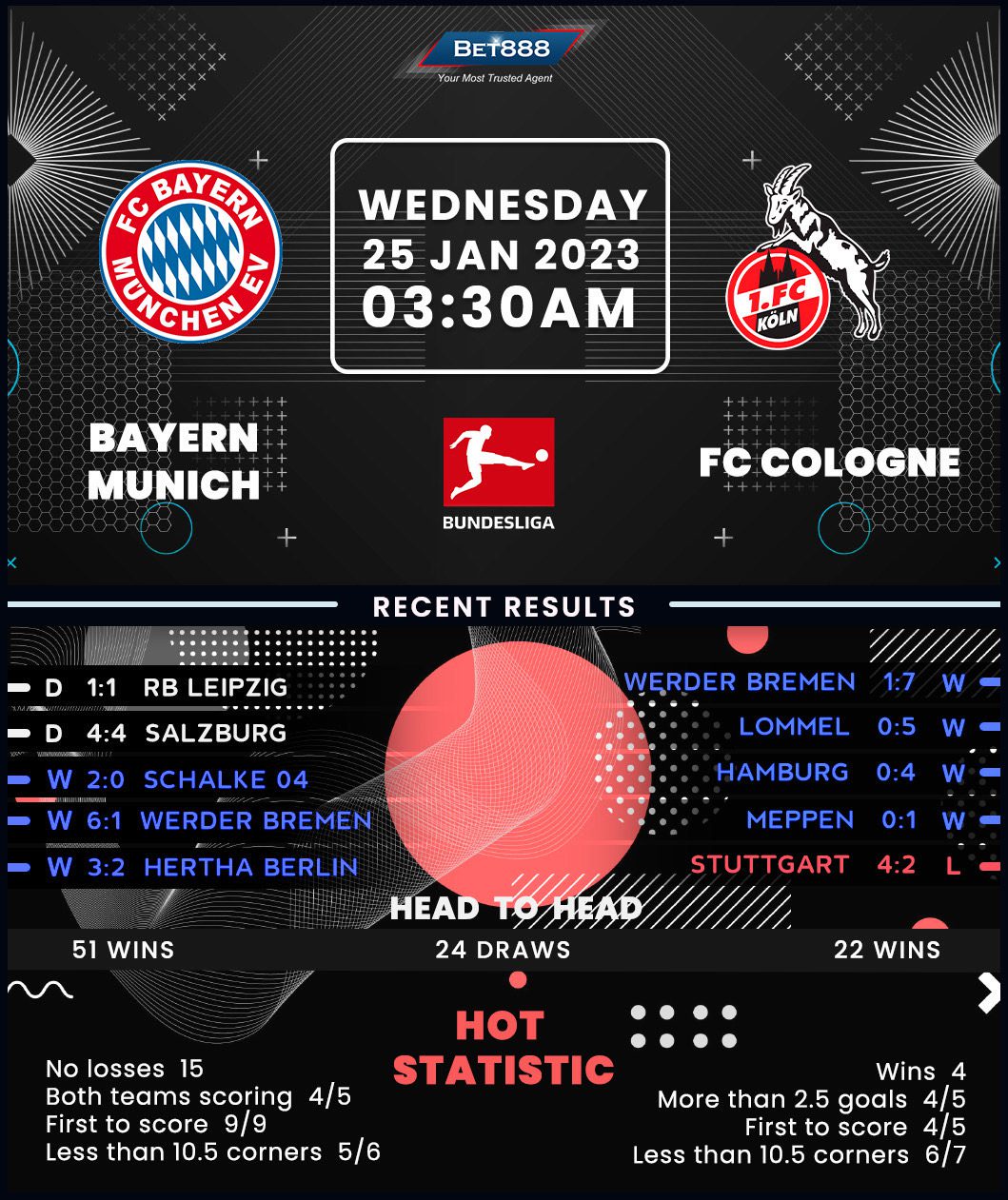