After suffering a shocking DFB Pokal elimination to Holstein Kiel, Bayern Munich will be desperate to return to winning ways in the Bundesliga when they take on Freiburg at the Allianz Arena this weekend.

The ‘Bavarians’ surrendered a two-goal lead to lose 3-2 to Borussia Monchengladbach last weekend, ending a run of 12 Bundesliga matches without a loss (W9, D3). Indeed, Bayern’s defensive woes have been brutally exposed this season, as they’ve already conceded 24 goals – they last shipped as many at this stage of the campaign in 1981/82. At the other end of the pitch, Hansi Flick’s men have been relentless this term, notching up an intimidating average of 3.06 goals per Bundesliga fixture thus far. Virtually unstoppable after half-break, the reigning German champions have netted a league-high 19 second-half goals at home this season. Action-packed first-half football is on the cards as well, considering that 71.43% of Bayern’s home league matches this season have featured over 1.5 goals before half-time (5/7).

Meanwhile, Freiburg head into this encounter in the midst of a purple patch, having racked up a five-game winning Bundesliga streak during which they defeated each opponent by at least a two-goal margin. Additionally, ‘Breisgau-Brasilianer’ kept a first-half clean sheet in each aforementioned victory en route to setting a new club record. However, Freiburg have not won any of their last 20 Bundesliga trips to Bayern (D3, L17) – they’ve not gone winless that long against any other team in the context of away top-flight fixtures. Conceding the opening goal have often seen Christian Streich’s men sink without a trace this season, as they’ve lost three of the four Bundesliga matches in which they let in the opener (D1). That’s also because they’ve scored a league fourth-low four second-half goals on the road thus far. 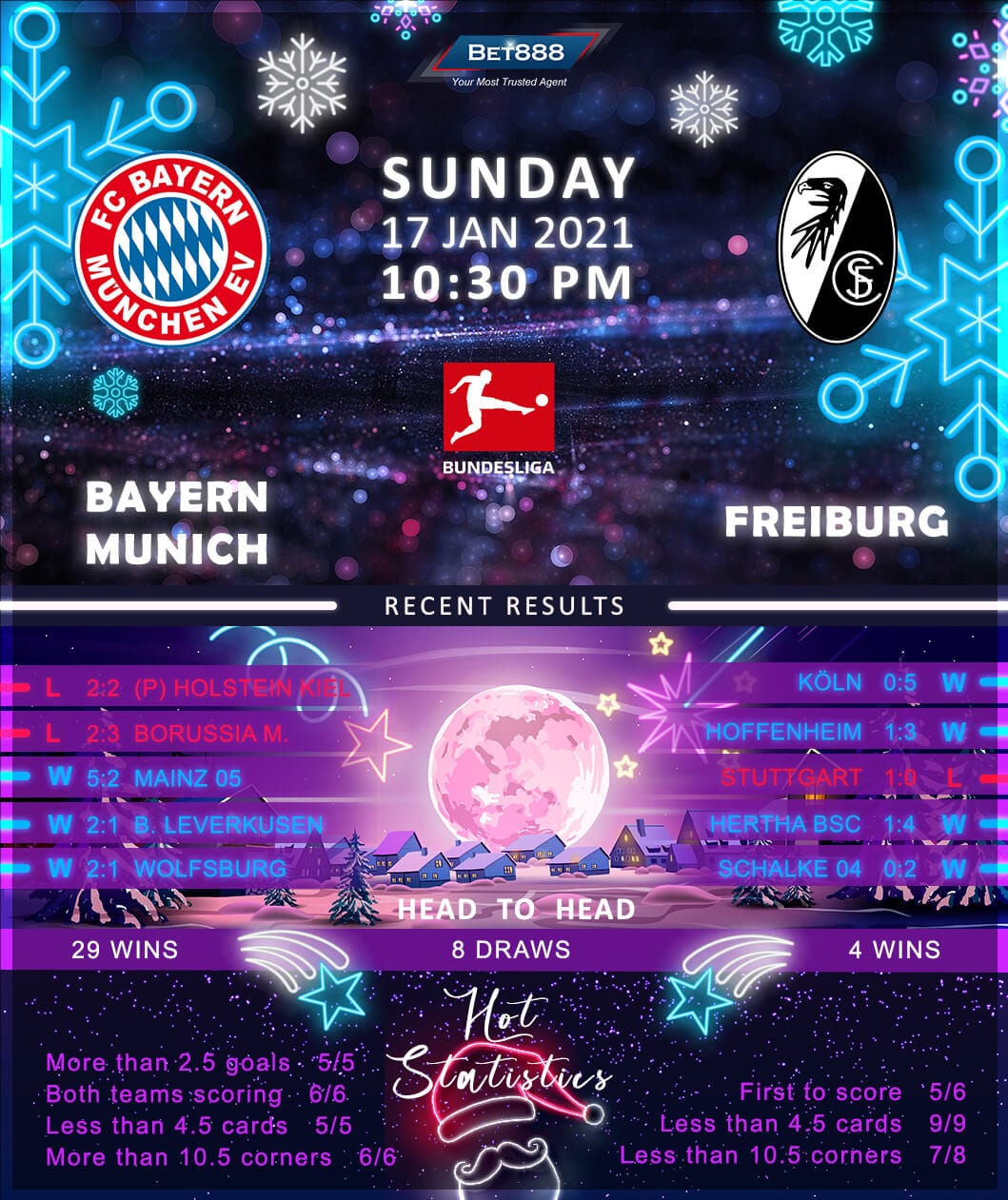