Bayern Munich ran out 4-1 winners in the first-leg pandemonium to put themselves in the driving seat ahead of the return leg of their UEFA Champions League last-16 tie against Lazio.

Bayern head into proceedings as overwhelming favorites to qualify for the quarter-finals, having won their previous four home matches against Serie A visitors by an aggregate score of 11-4. Notably, none of the last 21 clubs challenging the ‘Bavarians’ at the Allianz Arena for the first time in Europe’s elite competition have ended up on the winning side (W20, D1). The reigning Bundesliga champions have tucked themselves into a comfort zone, knowing no team has ever managed to overturn a three-goal deficit from the home first leg in the competition’s history. The German juggernauts have won each of their six home Champions League matches under current manager Hansi Flick by an aggregate scoreline of 18-3, notably scoring 3+ goals in four of their last five.

Meanwhile, Lazio take the field after picking up just a single victory in their last 15 away matches in the Champions League (D5, L9) and are winless in eight such fixtures on the bounce ahead of the kick-off (D4, L4). Each of their three Champions League trips this season yielded the identical 1-1 FT score, with Simone Inzaghi’s men forced to chase the lead on two of those occasions. The Italians have now scored under 1.5 goals in their last eight away games in major European competitions. Interestingly, a 4-1 home defeat in the reverse fixture saw ‘I Biancocelesti’ become the first team in the competition’s history to play 12 consecutive games featuring both sides on the scoresheet. The abovementioned failure tipped the scales in the Germans’ favor, with Lazio now lost seven of their 17 European meetings with Bundesliga opponents (W6, D4). 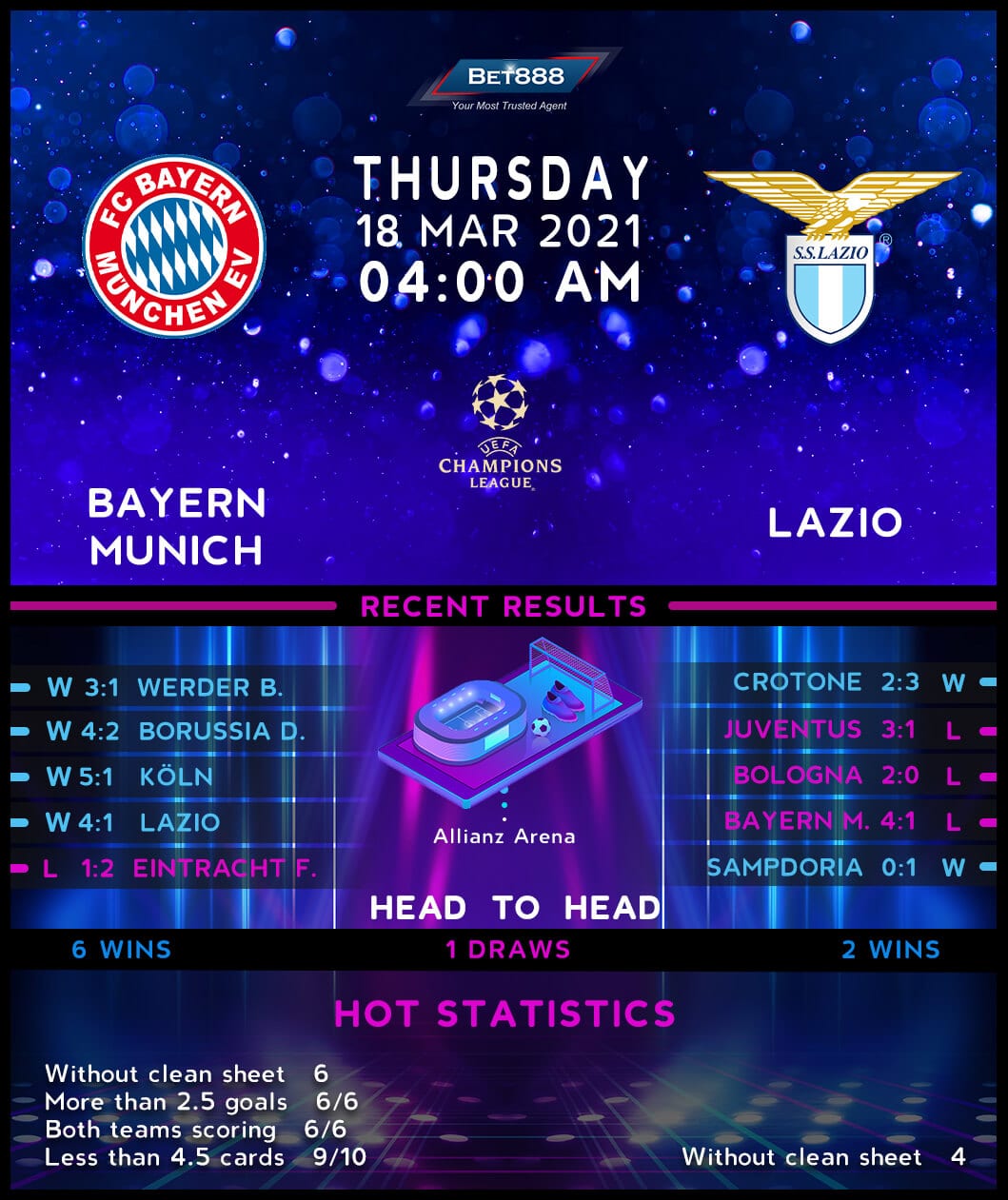