Bayern Munich host Lokomotiv Moscow to the Allianz Arena in the ultimate group-stage fixture of the 2020/21 UEFA Champions League campaign.

A 1-1 away draw with Atletico Madrid on Matchday 5 was the first time that Bayern Munich have failed to win a Champions League match under Hansi Flick after racking up 12/12 victories with the German manager in charge beforehand. The ‘Bavarians’ have run out winners in both of their previous European meetings with Lokomotiv Moscow. That said, they will now be looking to win each of their home matches in the Champions League group stage for the second season in a row. Remarkably, the reigning Champions League title-holders have won 19 of their last 20 home games in the competition’s group stage (D1)! Additionally, since the beginning of the 2019/20 campaign, the German heavyweights have scored an average of 3.52 goals per Champions League fixture, netting over 2.5 goals in 12 of their 17 Champions League outings in this run.

On the other hand, the visitors must seal the three points here to qualify for the UEFA Europa League knock-out stage, as they take the field nailed to the bottom of the section without a single win from their opening five group-stage fixtures (D3, L2). Curiously, though, Lokomotiv’s last Champions League trip to Germany saw them overcome Bayer Leverkusen 2-1. However, Marko Nikolic’s men have gone winless in ten Champions League matches since that victory over Leverkusen (D3, L7), conceding precisely two goals per game on seven of those occasions. Also, they have failed to win any of their five previous away fixtures across all competitions (D3, L2), drawing a blank in their last two road trips. 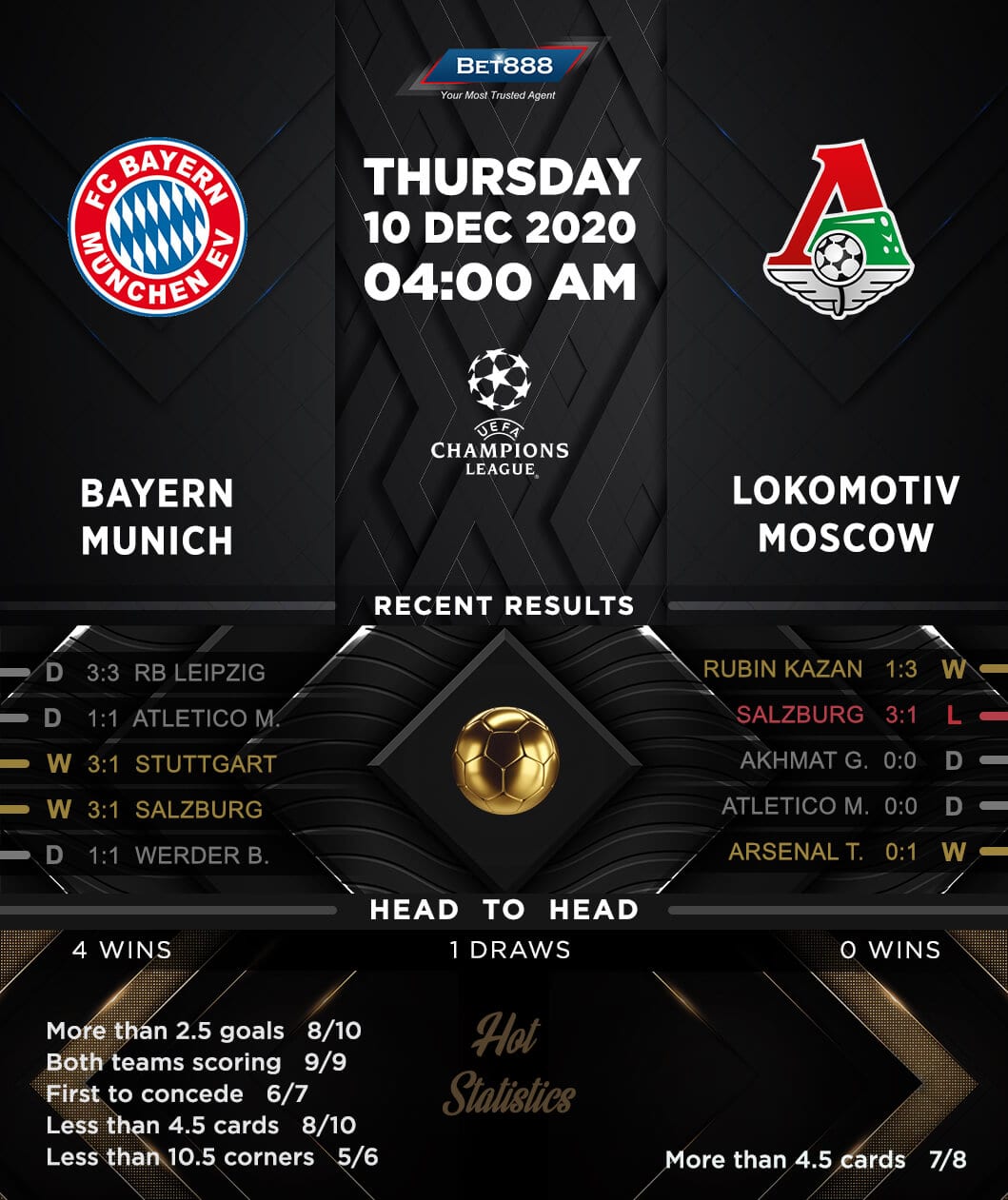