Bayern Munich will be looking to post their seventh consecutive Bundesliga victory against Mainz 05 when the two teams meet at the Allianz Arena.

Bayern Munich enter the new calendar year in the midst of a purple patch, having racked up an intimidating 19-match undefeated run in all competitions (W15, D4). In the Bundesliga alone, the ‘Bavarians’ have not lost any of their last 11 games (W8, D3) since suffering a shocking 4-1 away defeat at Hoffenheim on Matchday 2 despite failing to keep a clean sheet on ten of those occasions. Curiously, Hansi Flick’s men have conceded the opening goal in 53.85% (7) of their 13 Bundesliga fixtures this season, though they’ve rescued more points than any other German side (12) from such contests (W3, D3, L1). Bayern now eye up another successful weekend, as they take on a Mainz side they’ve defeated in 14 of their last 16 top-flight meetings (D1, L1).

On the other hand, the visitors have drawn a blank in each of their last three Bundesliga matches, losing two of them by the identical 1-0 scoreline (D1). Before being held to a goalless draw to Hertha BSC in their last Bundesliga trip, all of Mainz’s five previous away league games have produced over 2.5 goals, with none of them yielding a stalemate (W1, L4). Notably, four fixtures during that five-match sequence saw the opener scored within 25 minutes of play, with three featuring 2+ first-half goals. However, ‘Die Nullfünfer’ have found themselves on the receiving end of Bayern’s devastating firepower in their recent trips to the Allianz Arena, conceding 16 goals combined across their last three top-flight meetings held at this venue (L3). 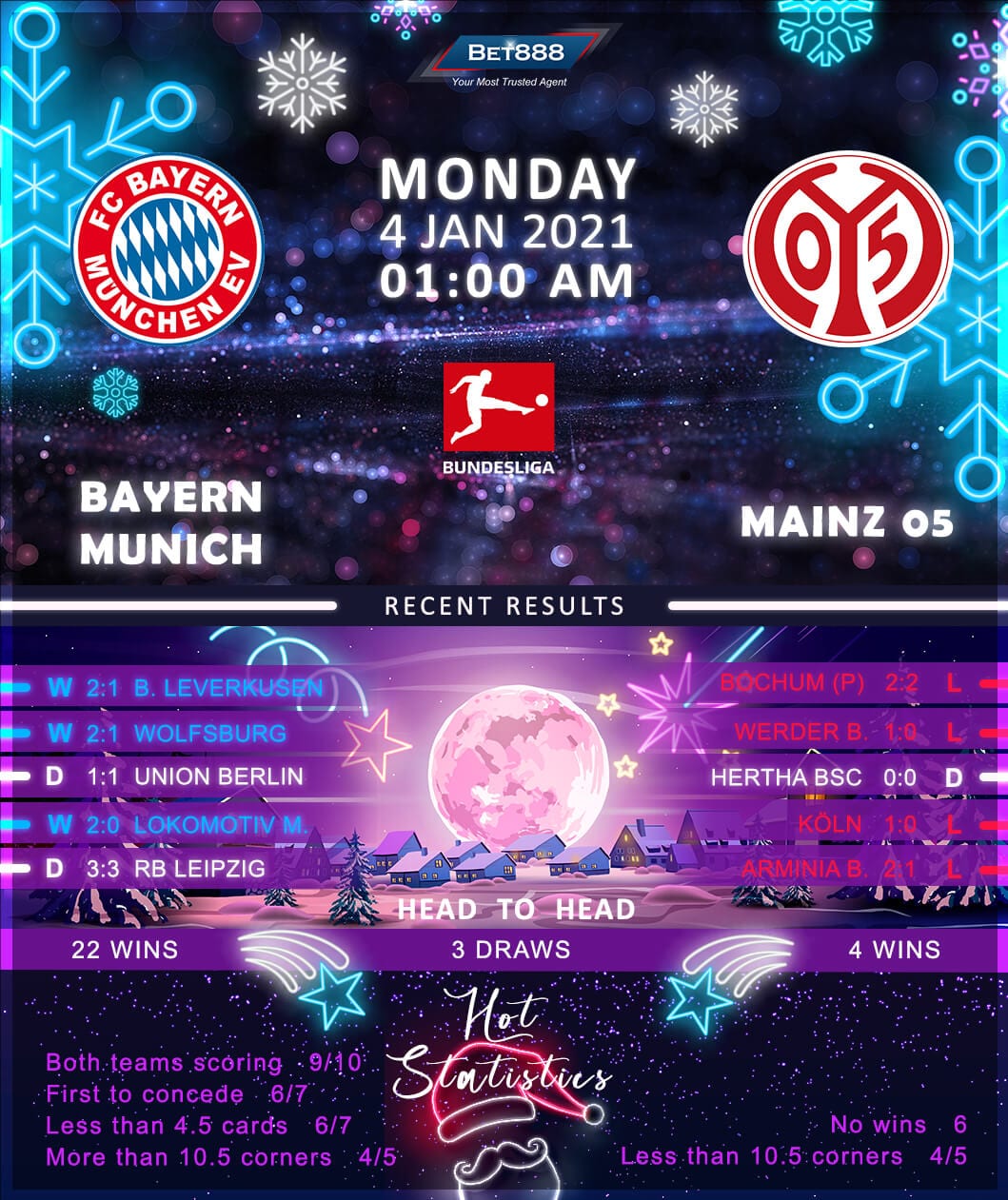