Bayern Munich and Paris Saint-Germain will meet at the Allianz Arena in a rematch of last season’s UEFA Champions League final, though they now face off in the 2020/21 quarter-finals.

As expected, Bayern Munich eased past Lazio 6-2 on aggregate (4-1 A, 2-1 H) to secure the Champions League quarter-final berth for the season in a row. Since suffering a 3-1 defeat to Liverpool in the 2018/19 Champions League last-16, the ‘Bavarians’ have won all eight home matches in the competition, scoring 2+ goals in each triumph and managing an average of 2.85 per game. Last season’s wins over Lyon and PSG in the Champions League knock-outs means the perennial Bundesliga champions have won seven of their eight European ties against French clubs (L1), including the last seven. Additionally, Bayern have come out victorious in nine of their previous ten UEFA matches against Ligue 1 sides, with the lone exception of a 3-0 defeat in Paris back in the 2017/18 Champions League group stage. In Munich, the Germans have won four successive games versus French visitors, including a 3-1 win over PSG in their last such encounter.

PSG utterly outclassed Barcelona in their last-16 tie, coming out 5-2 aggregate winners (4-1 A, 1-1) to reach the competition’s quarter-finals for the second year running. ‘Les Parisiens’ have recently been impressive in the Champions League, picking up 17 triumphs in their last 26 matches in the competition (D4, L5). They have also won 56.25% of their previous 16 away Champions League games (D2, L5), racking up three victories in their four such contests this season (L1). Having succumbed to a 2-1 loss at RB Leipzig in this campaign’s group stage, the reigning French champions have now lost three consecutive European trips to Germany and six overall (W3, D1). Before last season’s loss to Bayern in the Champions League final, the Ligue 1 giants had boasted a 100% win-rate in the European knock-out ties versus Bundesliga sides (W4). 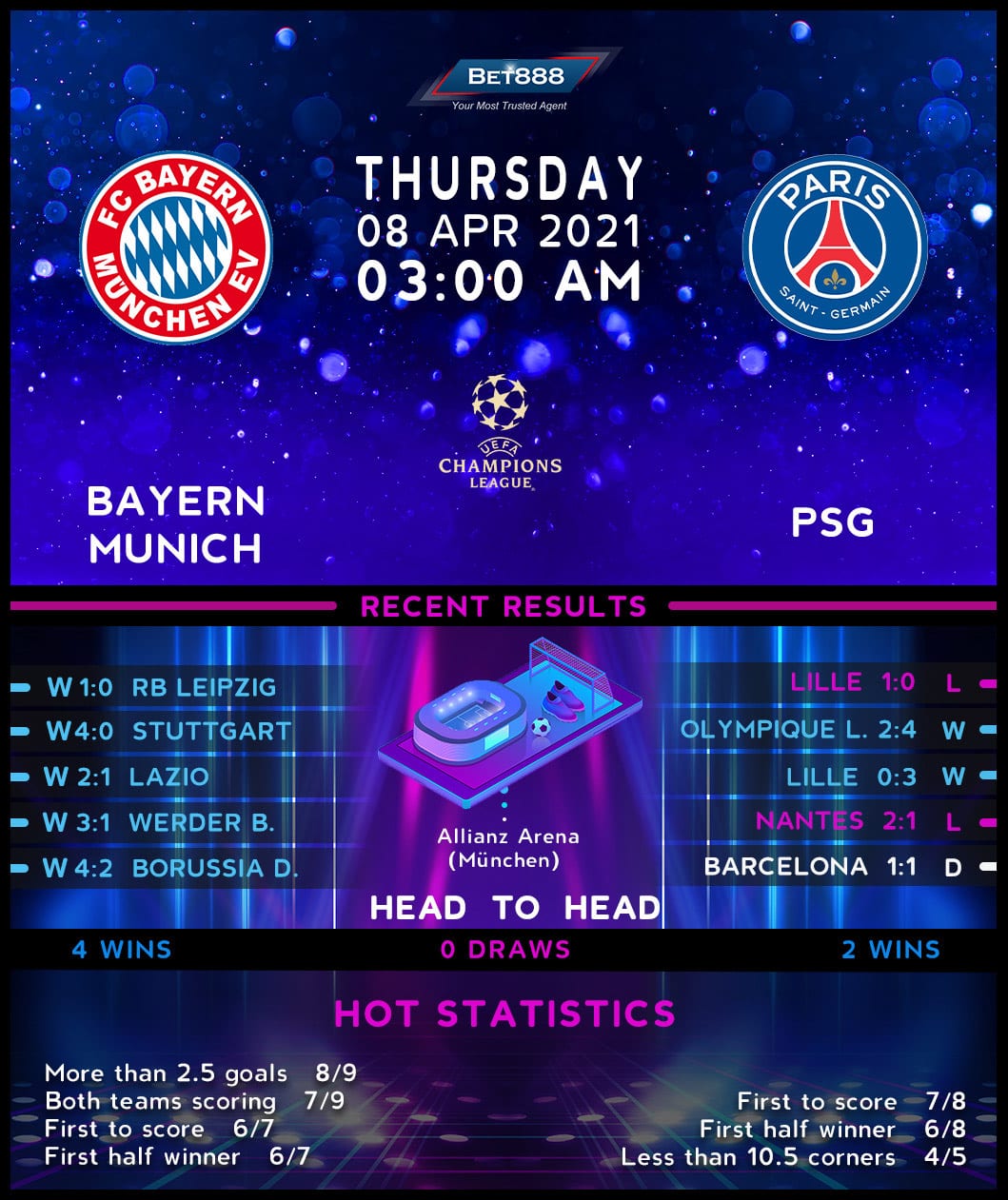