After squeezing past Istanbul Basaksehir 4-3 in the Champions League midweek, RB Leipzig will be looking to bring a four-game winless Bundesliga run against Bayern Munich to an end (D3, L1) when the two teams meet at the Allianz Arena.

A 1-1 away draw with Atletico Madrid in the Champions League midweek did bring Bayern Munich’s impressive unbeaten run in all competitions to 14 games (W12, D2). However, it also means the ‘Bavarians’ have failed to keep a clean sheet for the eighth match in a row. Against this backdrop, they have shut out Leipzig in each of their four league H2Hs as hosts (W3, D1). Hansi Flick’s men have been scoring practically at will this season and are the only side in the German top-flight to smash a 30-goal barrier. Also, the majority (58.06%) of their Bundesliga goals scored this term has come at home (18/31), with Bayern netting over 3.5 goals per home fixture three times in a row before being held to a 1-1 draw with Werder in their last such outing.

Meanwhile, Leipzig have failed to find the net in all but two of their last five away matches in all competitions (D1, L3), three of which featured under 2.5 total goals. Indeed, a poor away form has seen the visitors pick up just one win in their four Bundesliga trips this term (D2, L1), all of which produced less than three goals at full-time. Julian Naglesmann’s men could encounter scoring problems here, as evidenced by the fact they have bagged under 1.5 goals in seven of their last eight competitive H2Hs. Additionally, ‘Die Roten Bullen’ have conceded the opener in both of their previous away league games. It’s also worth noting that just one of Leipzig’s four Bundesliga games on the road has contained a goal inside the opening 30 minutes of play. 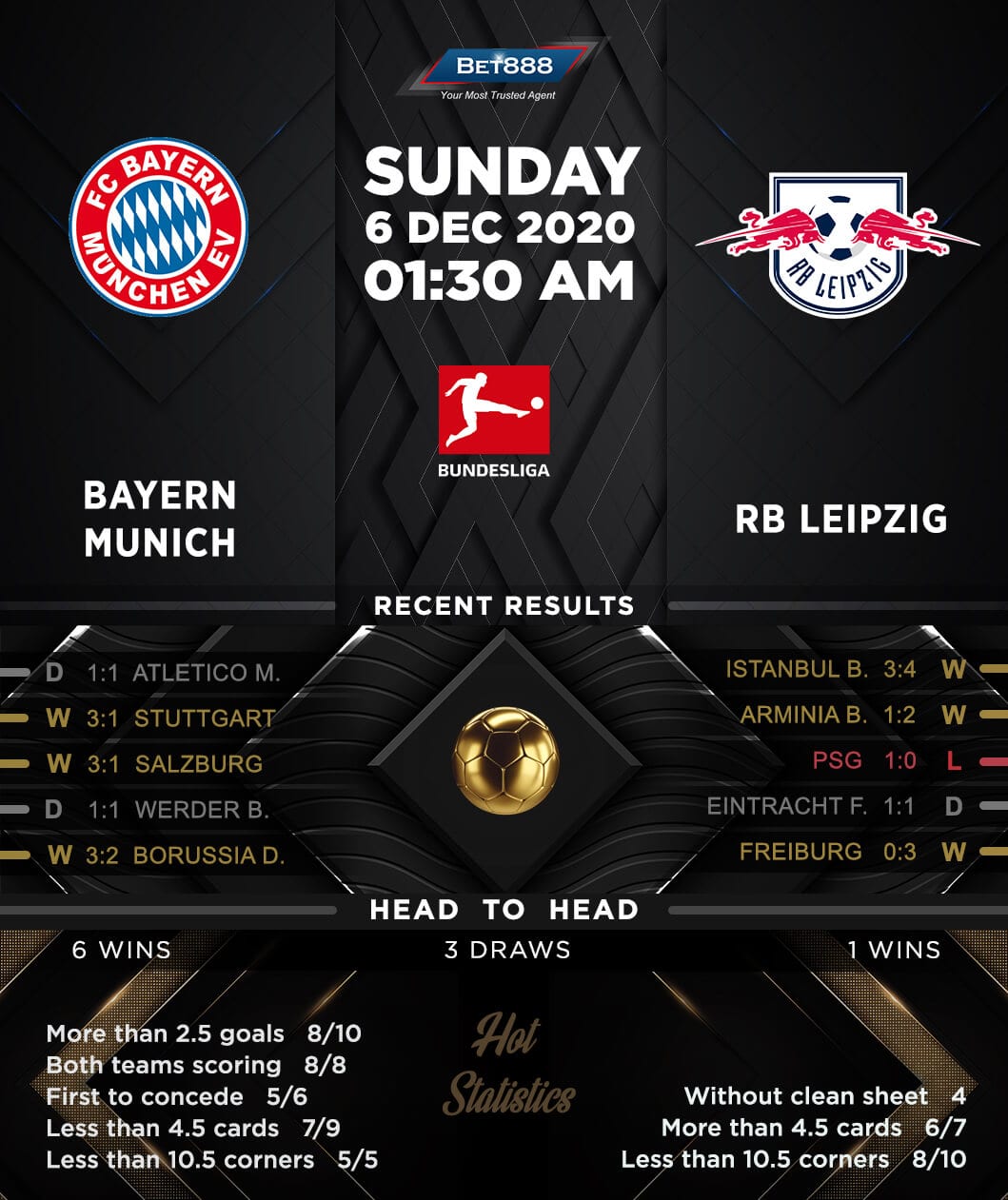