Bayern Munich will be looking to extend their record winning streak in the UEFA Champions League when they meet RB Salzburg at the Allianz Arena.

A stunning 6-2 win against Salzburg in the reverse fixture means the hosts have won each of their opening three matches in the Champions League group stage and each of their last 14 in the competition! Remarkably, 12 of Bayern’s victories during that 14-game sequence came by at least a two-goal margin, with the ‘Bavarians’ netting a total of 55 goals on an intimidating average of 3.92 goals scored per win. This season alone, Hansi Flick’s men have found the net in all six halves of Champions League action played, scoring over 1.5 goals in four of them. Interestingly, after losing to Rapid Wien in 1967, the reigning Bundesliga champions have gone unbeaten in eight European clashes against Austrian clubs (W6, D2).

Meanwhile, despite failing to win any of their opening three fixtures in the Champions League group stage (D1, L2), the visitors have been a fun team to watch. Indeed, each game during that run of games saw both teams get on the scoresheet in both halves. Salzburg’s three matches in the Champions League this season have yielded the competition-high 17 goals combined, though their 11 goals conceded represents the competition joint-high. Also, four of their five previous competitive games have produced over 3.5 total goals! Although they have won two of their last three European trips to Germany (L1), the Austrian giants will be looking to avoid defeat when facing reigning Champions League title-holders for the first time at the sixth attempt! 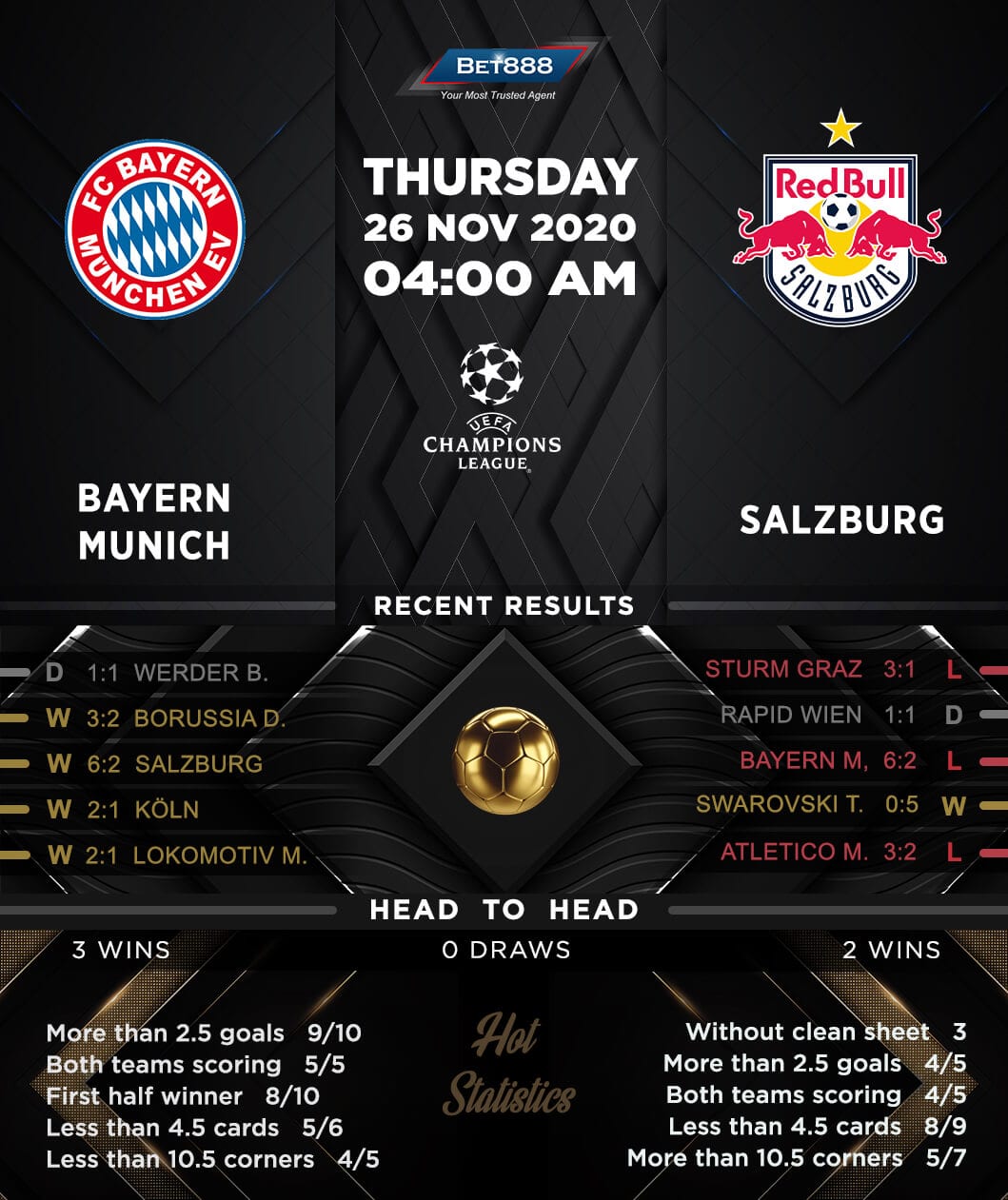