Stuttgart’s hopes of securing a late comeback to avoid relegation will be on the line at the Allianz Stadium against perennial Bundesliga champions Bayern Munich.

Despite securing a record-breaking tenth successive Bundesliga title with four games to spare, Bayern have experienced a bit underwhelming season by their standards, most recently losing at Mainz 3-1 to snap a run of five consecutive league wins. But the ‘Bavarians’ will feel confident about returning to winning ways against a Stuttgart side they’ve defeated in 18 of their last 19 Bundesliga H2Hs, barring a 4-1 thrashing at this venue in 2017/18 when they were already crowned champions. Julian Nagelsmann’s men have enjoyed a free-scoring Bundesliga campaign so far, netting a league-high 93 goals and with two games left, they could still become the first side in Europe’s top-five leagues to smash a 100-goal milestone this season.

On the other hand, Stuttgart abysmal run of form that has seen them alternate between draws (3) and defeats (3) across their last six Bundesliga outings threatens their top-flight status. Coming into this matchday, the visitors occupy the dreaded play-off spot and another failed attempt to land three points will ruin their chances of avoiding the relegation play-offs. Stuttgart’s third-worst season in their top-flight history has seen ‘Die Schwaben’ win just one of their 16 Bundesliga matches on the road (D7, L8), with just Mainz picking up fewer points away from home in the Bundesliga (2) than VfB (4) in 2022. 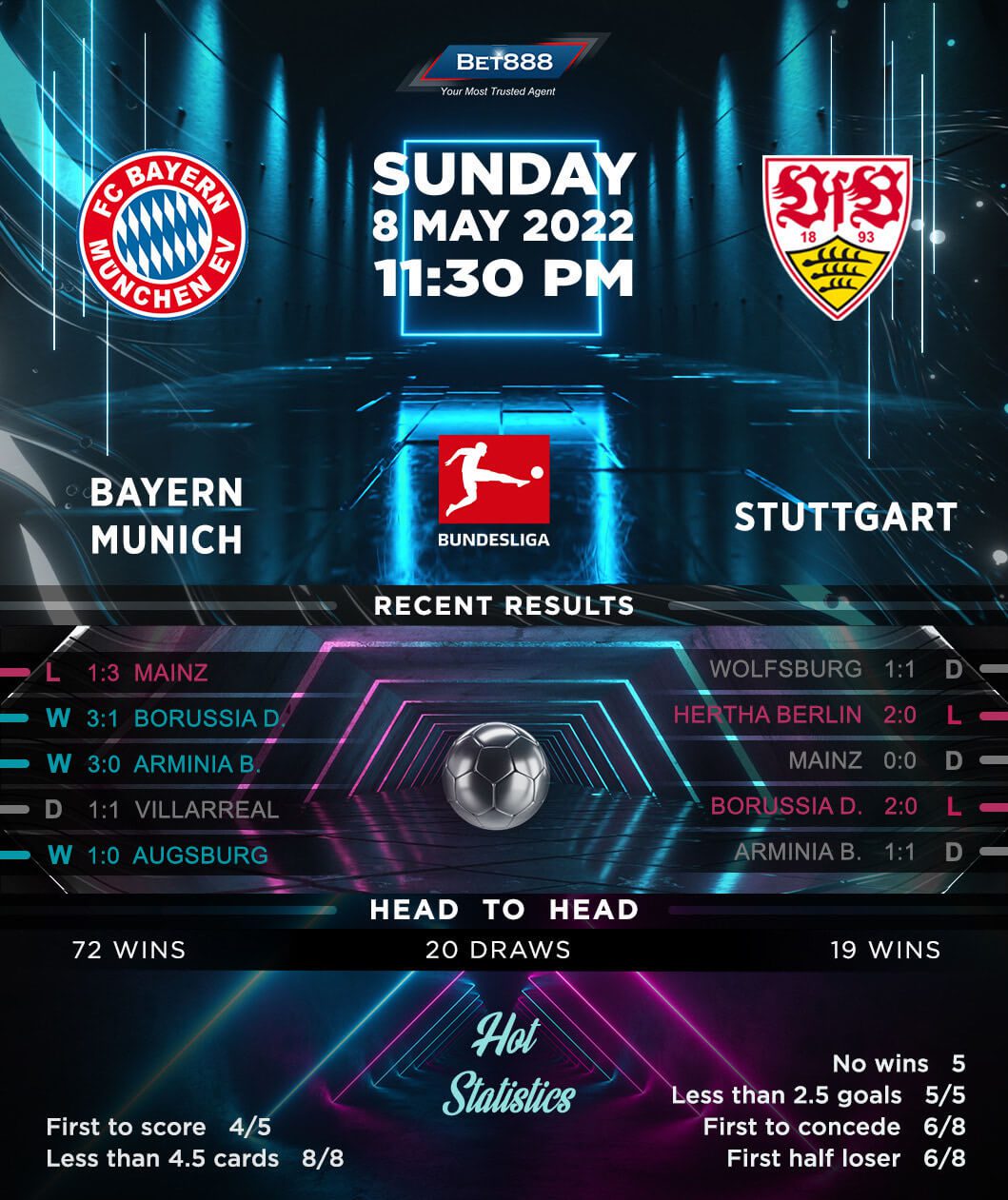