Fresh from sealing a Champions League quarter-finals berth, Bayern Munich will be looking to maintain their impressive form in the Bundesliga when they host Stuttgart to the Allianz Arena.

Bayern Munich have won their last three Bundesliga fixtures by an aggregate score of 12-4, notably scoring precisely two first-half goals on each occasion. The Allianz Arena has been a fortress the ‘Bavarians’ fans have been hoping for this season, with the reigning champions avoiding defeat in all 12 league matches here (W9, D3). Although they have failed to keep a clean sheet in any of their last nine home Bundesliga games, Hansi Flick’s men have made it up for their defensive woes by scoring a staggering 29 goals in that sequence (3.22 on average). Remarkably, Bayern have netted 30 second-half goals at home this Bundesliga campaign, four more than Stuttgart (26) have managed in 13 league trips overall. It is also worth noting that they have only suffered one defeat in their last 27 home Bundesliga encounters with newly-promoted sides (W24, D2).

Meanwhile, the visitors have gone unbeaten in five Bundesliga matches on the bounce (W3, D2) since losing 5-2 at Bayer Leverkusen on Matchday 20, with four of those games featuring under 2.5 FT goals. On the road, ‘Die Schwaben’ have picked up just one win in their last five league fixtures (D1, L3), conceding over 1.5 goals in each reverse in that period. In fact, Pellegrino Matarazzo’s men have failed to keep a clean sheet in 84.62% of their Bundesliga trips this season (11/13), though letting in 2+ goals on just four occasions. At the other end of the pitch, Stuttgart have recorded a clear majority (65.38%) of their total away league goals scored in the second half of play (17/26), getting on the scoresheet inside the final 15 minutes in 46.15% of their away Bundesliga games thus far. 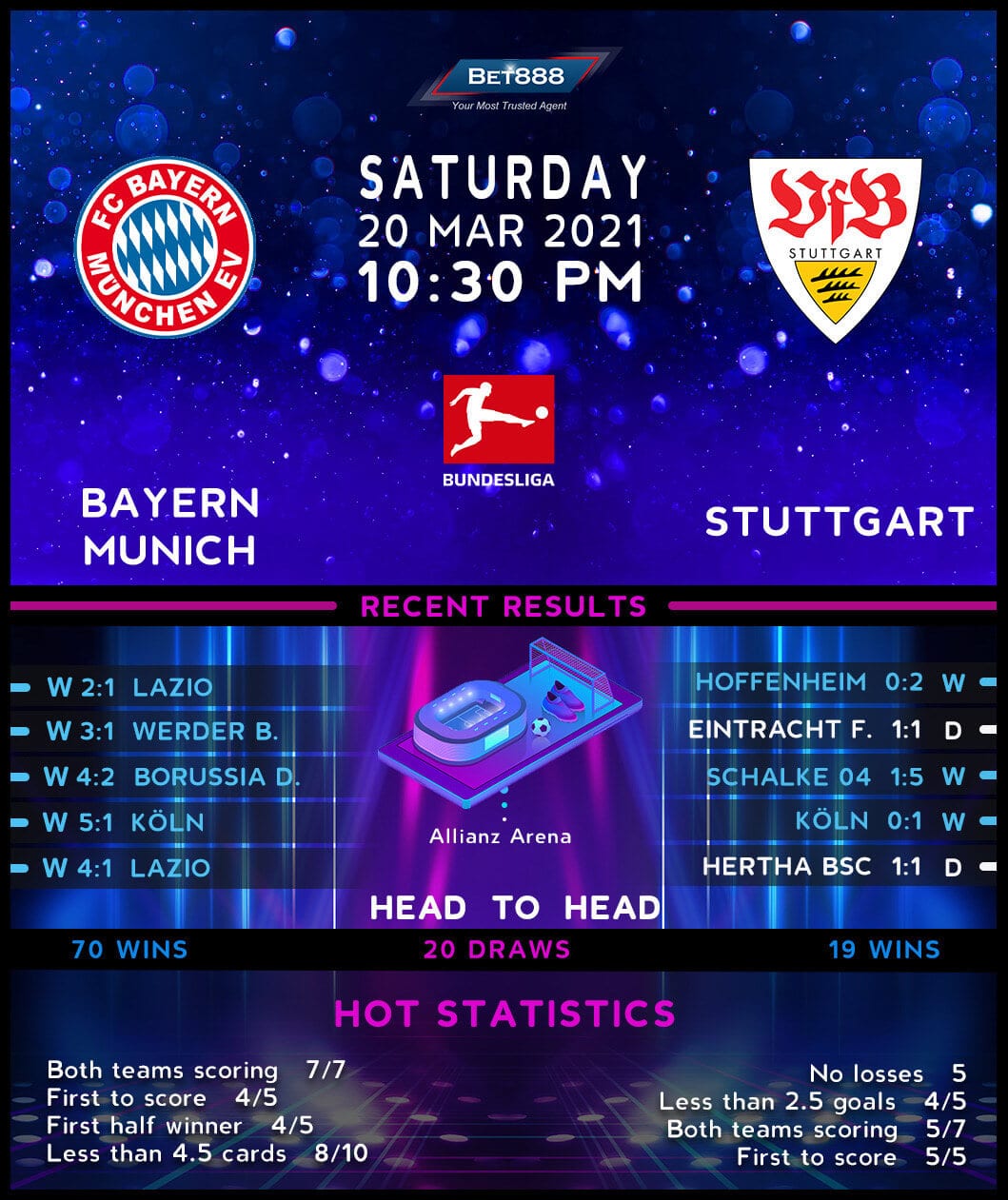