Bayern Munich will be looking to erase the memory of a 4-1 defeat to TSG Hoffenheim from the first half of the Bundesliga season when the two teams meet at the Allianz Arena this weekend.

Bayern Munich have put together three consecutive Bundesliga triumphs since losing 3-2 to Borussia Monchengladbach on Matchday 15, scoring seven goals while conceding one in return during that run. Free-scoring ‘Bavarians’ have already netted 53 top-flight goals this season, equaling the record for this stage of the campaign set by Werder Bremen in 1985/86. What’s more, Hansi Flick’s men have scored 3.75 goals per home Bundesliga match on average this term, mustering a total of 30 after just eight home league outings. High-octane second-half performances have seen the reigning German champions notch up the division-high 20 home goals after half-time this season. Bayern could add to their impressive tally now, as they take on a side they’ve scored 2+ goals against in ten of their 12 Bundesliga meetings held in Munich.

Ahead of the kick-off, Hoffenheim have kept a clean sheet in three consecutive Bundesliga matches (W2, D1), winning the last two via the same 3-0 scoreline. However, before claiming those back-to-back victories, ‘Die Kraichgauer’ had won just two of their 14 Bundesliga fixtures (D4, L8), scoring under 1.5 goals 11 times in that span. Moreover, the visitors have failed to establish consistency on the road lately, winning two of their previous four league trips while losing the other two, with three of the games won/lost in that period seeing the victor score 3+ goals. Another high-scoring contest is well on the cards, given that each of Hoffenheim’s last three top-flight visits to the Allianz Arena has seen over 2.5 goals and both teams on the scoresheet (W1, L2). 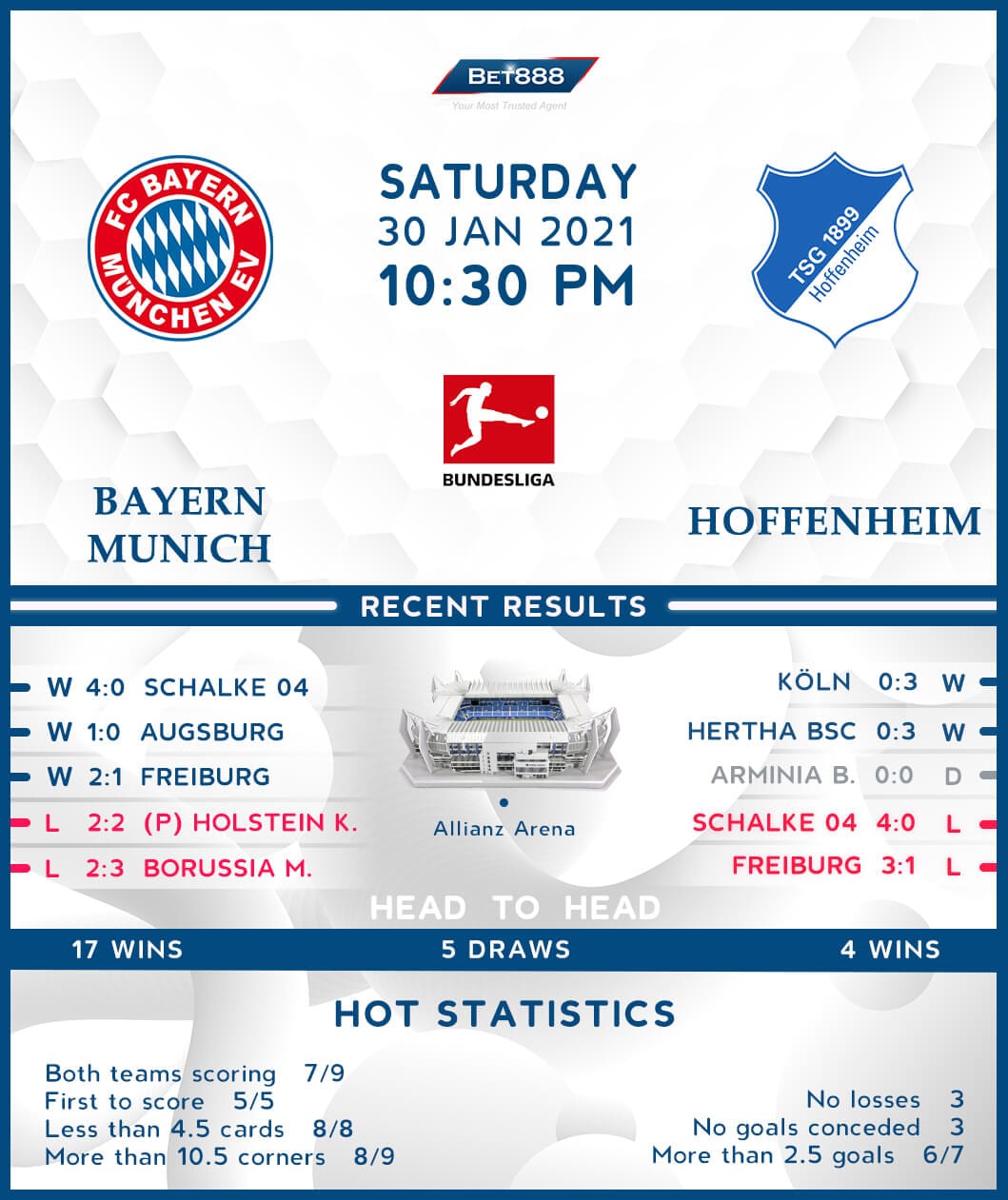