Stunned by PSG in the UEFA Champions League midweek (3-2 home loss), Bayern Munich return to the Bundesliga action, looking to get back to winning ways against Union Berlin at the Allianz Arena.

Ahead of the kick-off, Bayern have won five Bundesliga matches on the trot by an aggregate score of 15-4, notably scoring 2+ first-half goals on four occasions. Indeed, Hansi Flick’s men have been too hot to handle this season, netting a whopping 78 goals in just 27 league games on an average of 2.88 per game. Additionally, the perennial German champions have returned a clear majority (64.1%) of their Bundesliga strikes this season on home turf (50/78), scoring 20+ goals in both halves of home league action so far. Against this backdrop, the ‘Bavarians’ have only notched up five goals in their three top-flight meetings with Union Berlin, having played out a 1-1 draw in the reverse fixture earlier in the season. Delivering action from the onset, 46.15% of Bayern’s home Bundesliga outings featured the opener within 15 minutes of play (6/13).

On the other hand, the visitors have managed just one win in five league matches (D3, L1), with each of the last two seeing the opening goal scored inside the first ten minutes. Topically, no team has netted more goals within 15 minutes than Union Berlin (10) this season. However, ‘Die Eisernen’ have recently encountered all sorts of problems away from home, having suffered four defeats in their last six Bundesliga trips (W1, D1), five of which saw them score under 1.5 goals. Given Union’s inability to recover after surrendering the lead to their opposition, an early disadvantage may well sway this fixture into Bayern’s favor as Urs Fischer’s men ended up losing 83.33% of the away league games in which they conceded first this term (GP6 – D1, L5). Moreover, they lament an indifferent record (W1, D1, L1) across the road Bundesliga fixtures in which they were ahead at half-time. 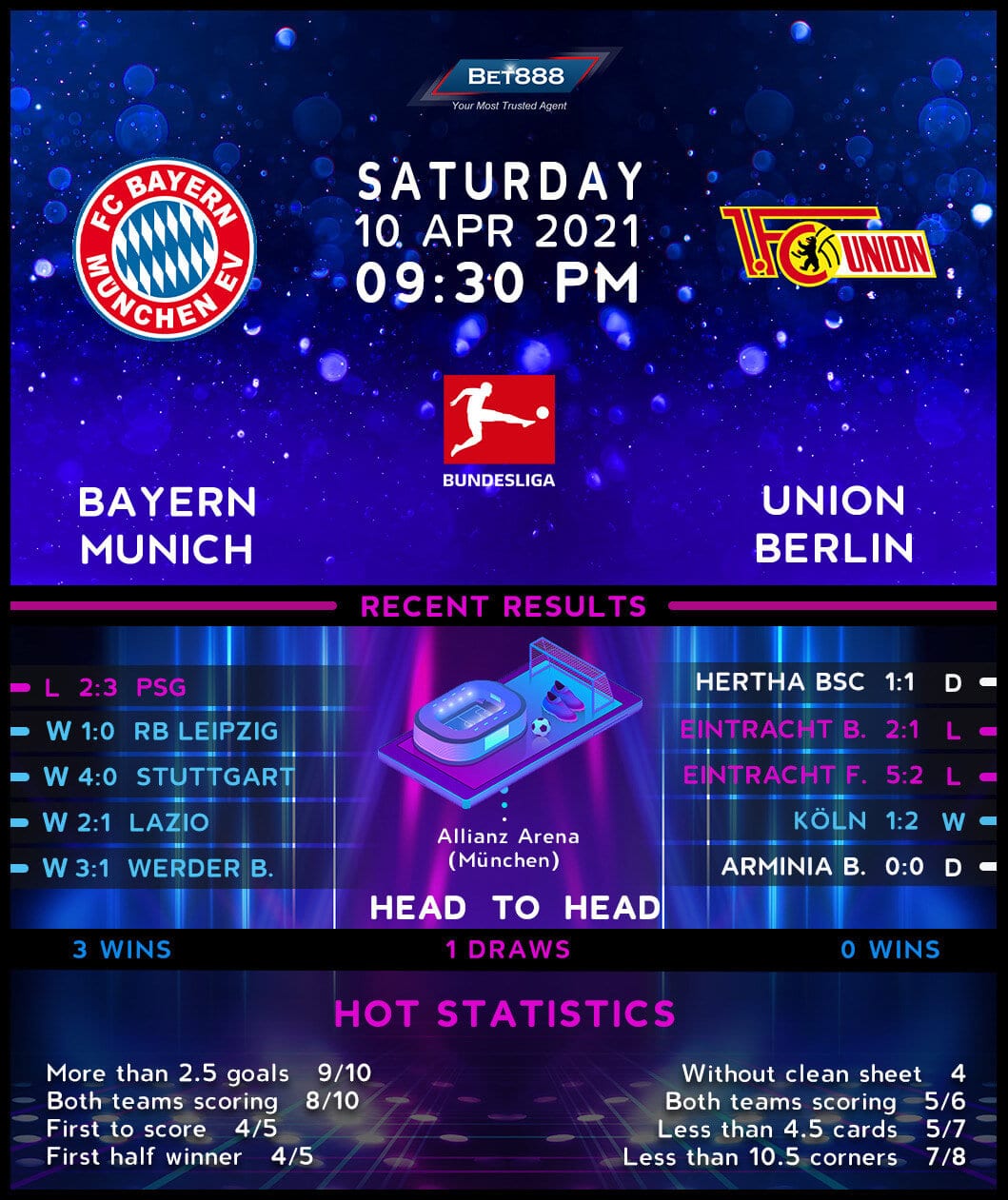