Bayern Munich will be looking to return to winning ways in the Bundesliga when they take on a Wolfsburg side they’ve beaten ‘to nil’ in both of their previous league H2Hs held at the Allianz Arena.

A dismal 1-1 away draw with Union Berlin at the weekend now means the ‘Bavarians’ have failed to win three of their last four Bundesliga games (D3), conceding the opening goal on each occasion. Indeed, a dip in form has seen the reigning German champions go from three home Bundesliga wins in a row to back-to-back stalemates, both of which saw Bayern concede the opener. But, Hansi Flick’s men boast an intimidating average of 4.2 goals scored per home league fixture, netting a comfortable league-high 21 goals in their first five home Bundesliga matches. Additionally, no team has scored more second-half goals at home than Bayern (13) so far, with the hosts hitting the net on or beyond the 75-minute mark in four of their five home Bundesliga fixtures.

Meanwhile, a 2-1 home triumph over Eintracht Frankfurt last time out has extended Wolfsburg’s unbeaten Bundesliga start to 11 games (W5, D6), with four of those victories coming in the five previous league outings (D1). However, the visitors head to the venue they have never tasted success at in the club’s history, losing 21 of 23 top-flight fixtures held here (D2). Curiously, though, no team has rescued more points than ‘Die Wolfe’ so far, with Oliver Glasner’s men avoiding defeat in all six Bundesliga matches in which they conceded the first goal (W4, D2). Also, Wolfsburg’s away action usually takes place in the first half, as evidenced by the fact that 75% of their total away league goals scored/concede has come before the half-time whistle (9/12). 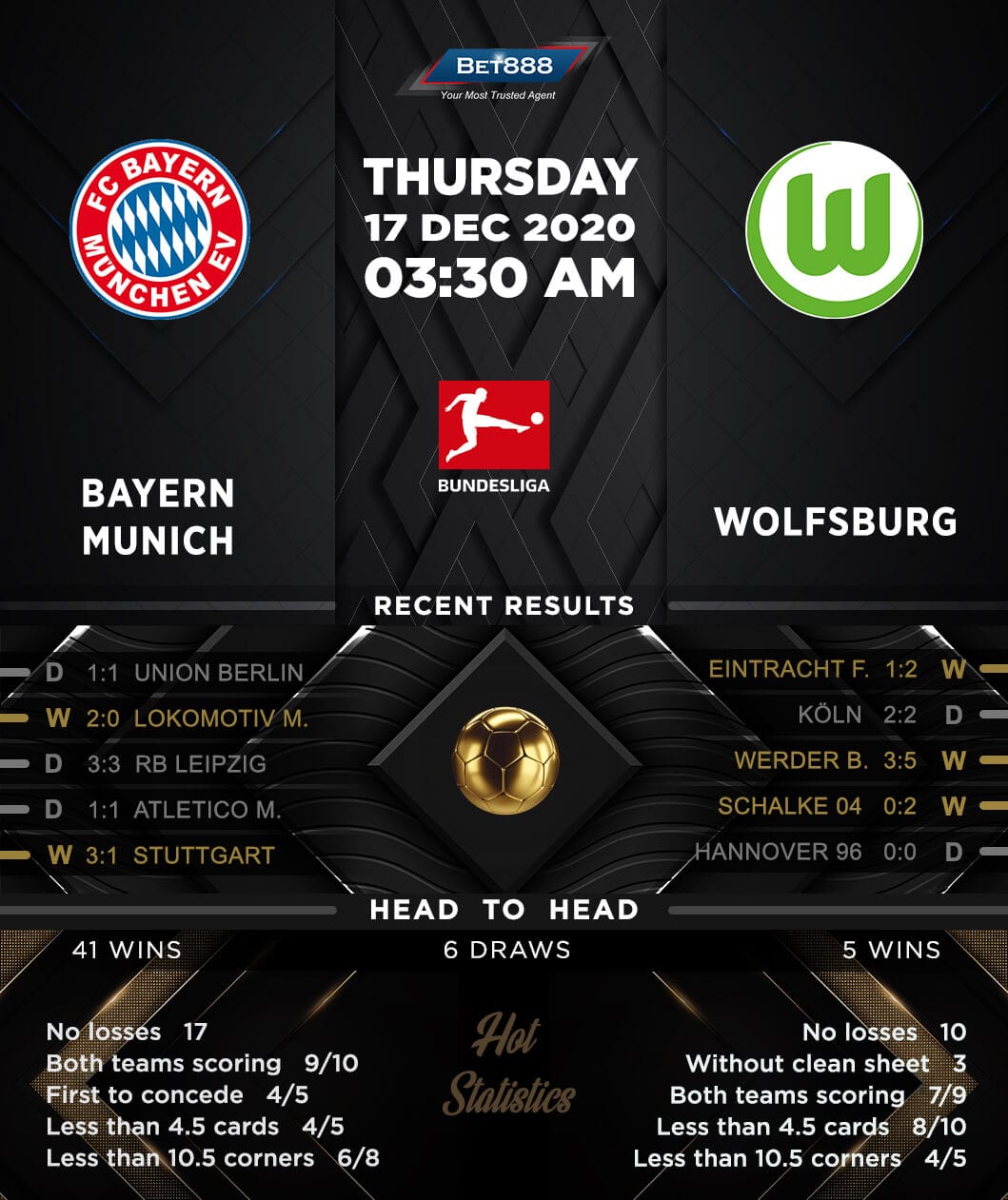