Belgium will be looking to return to winning ways in their World Cup Qualifying group when they lock horns with Belarus at Den Dreef.

After overcoming Wales 3-1 at home in their group curtain-raiser, Belgium played out a 1-1 away draw with the Czech Republic last time out, which means they are now undefeated in five competitive games on the bounce (W4, D1). Curiously, though, they conceded first on each occasion. Additionally, ‘Les Diables Rouges’ have now avoided defeat in 22 consecutive World Cup Qualifying fixtures (W18, D4), scoring an average of 2.95 goals per game during that run while conceding only 11 total goals in return. What’s more, Belgium’s last home defeat in competitive matches dates back to 2010! (W19, D6)! Since exiting the Euro 2016, Roberto Martinez’s men have not lost a single qualifier for a major tournament, notably scoring 154 goals in 52 outings! Delivering action from the onset, five of Belgium’s last six fixtures saw the opener scored within 15 minutes.

Meanwhile, Belarus came out on top of a six-goal thriller against Estonia in their Group E opener, running out 4-2 victors despite falling behind twice. It was only their second victory in 15 World Cup Qualifying fixtures (D3, L10). Since the beginning of 2020, the ‘White Wings’ have won 50% of their matches (GP:12 – W6, D2, L4), with three of their last four games won/lost seeing the victor concede 2+ goals. After securing back-to-back away triumphs to start 2020, the visitors have now failed to win four road games in a row (D1, L3), letting in an average of 2.75 goals in that period. In fact, Mikhail Markhel’s men have conceded 3+ first-half goals in their last two away matches. Adding to a long list of worries, both Belarus’ previous road trips to FIFA’s top-15 ranked nations have yielded a 4-0 reverse. 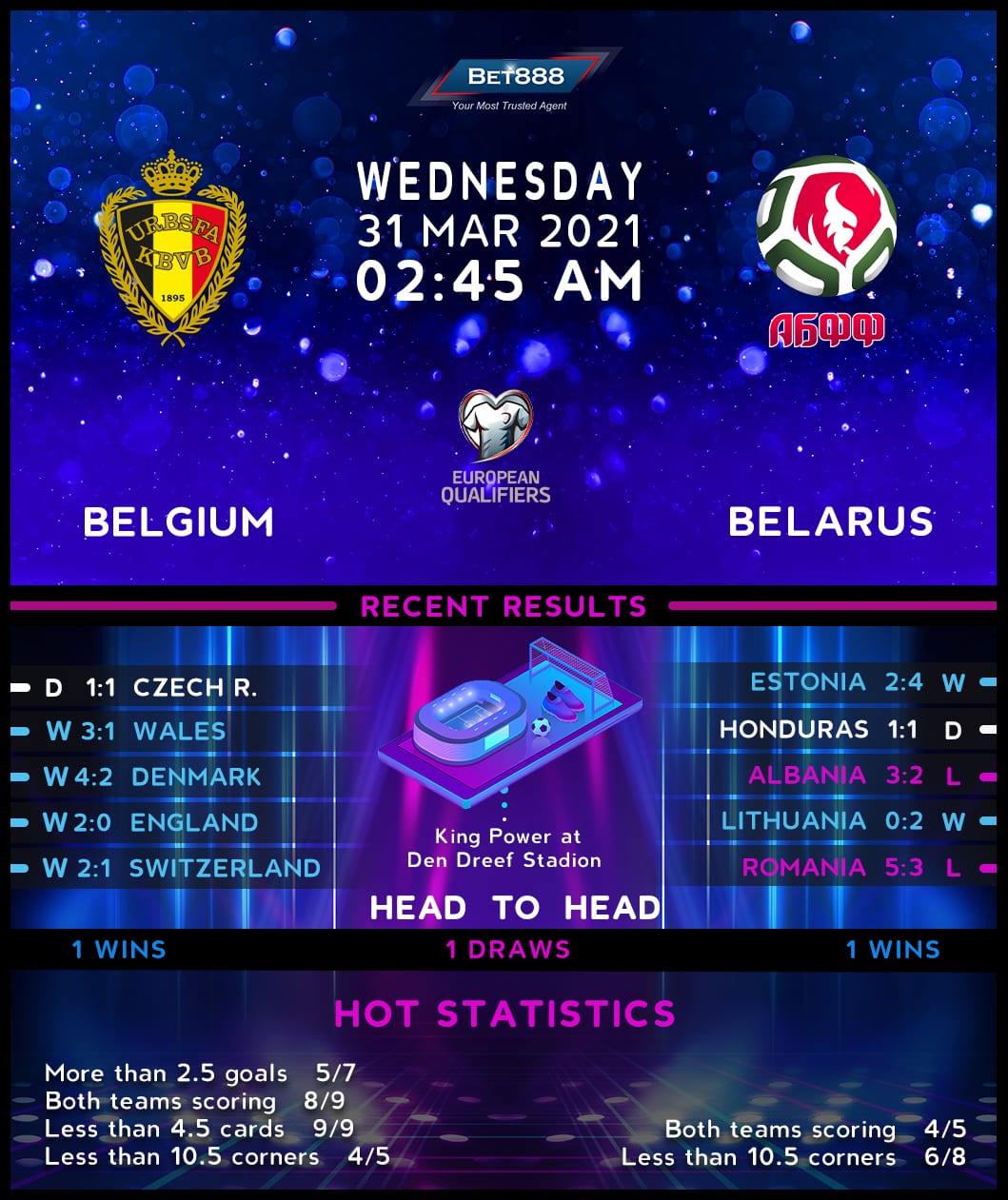