Belgium’s preparations for the rescheduled Euro 2020 continue at the King Baudouin Stadium as they meet Greece in an international friendly this midweek.

Belgium have hit the ground running since going down 2-1 to England in the UEFA Nations League back in October 2010, going unbeaten in their subsequent seven outings, including friendlies (W6, D1). Free-scoring Belgium have netted 2+ goals in seven of their last eight matches, registering an average of 3.14 goals per game. Since finishing third in the 2018 World Cup, Roberto Martinez’s men have won all but two of their 15 home fixtures (D2), winning the last five in a row by an aggregate score of 19-4. Quick-start ‘De Rode Duivels’ have scored 2+ first-half goals in three of their previous four outings on home turf. Belgium now take on a side they haven’t lost to in any of their three H2H meetings as hosts (W2, D1), with each game featured under 2.5 total goals.

Meanwhile, the visitors have gone into overdrive since losing 2-1 away to Austria in an international friendly in October 2020, going unbeaten in eight matches on the trot since then (W4, D4). Low scoring was a common theme in that eight-game period, with six of those fixtures containing under 2.5 total goals. If they get on the scoresheet here, Greece are likely to do it after half-time, considering three of their last four goals scored have come in the second half of play. Away from home, John van ‘t Schip’s men have lost just once in their last six matches (W3, D2) after suffering three consecutive defeats prior to this run. But, goals have been in short supply for Greece in this nine-match sequence as they’ve bagged under 1.5 goals seven times. 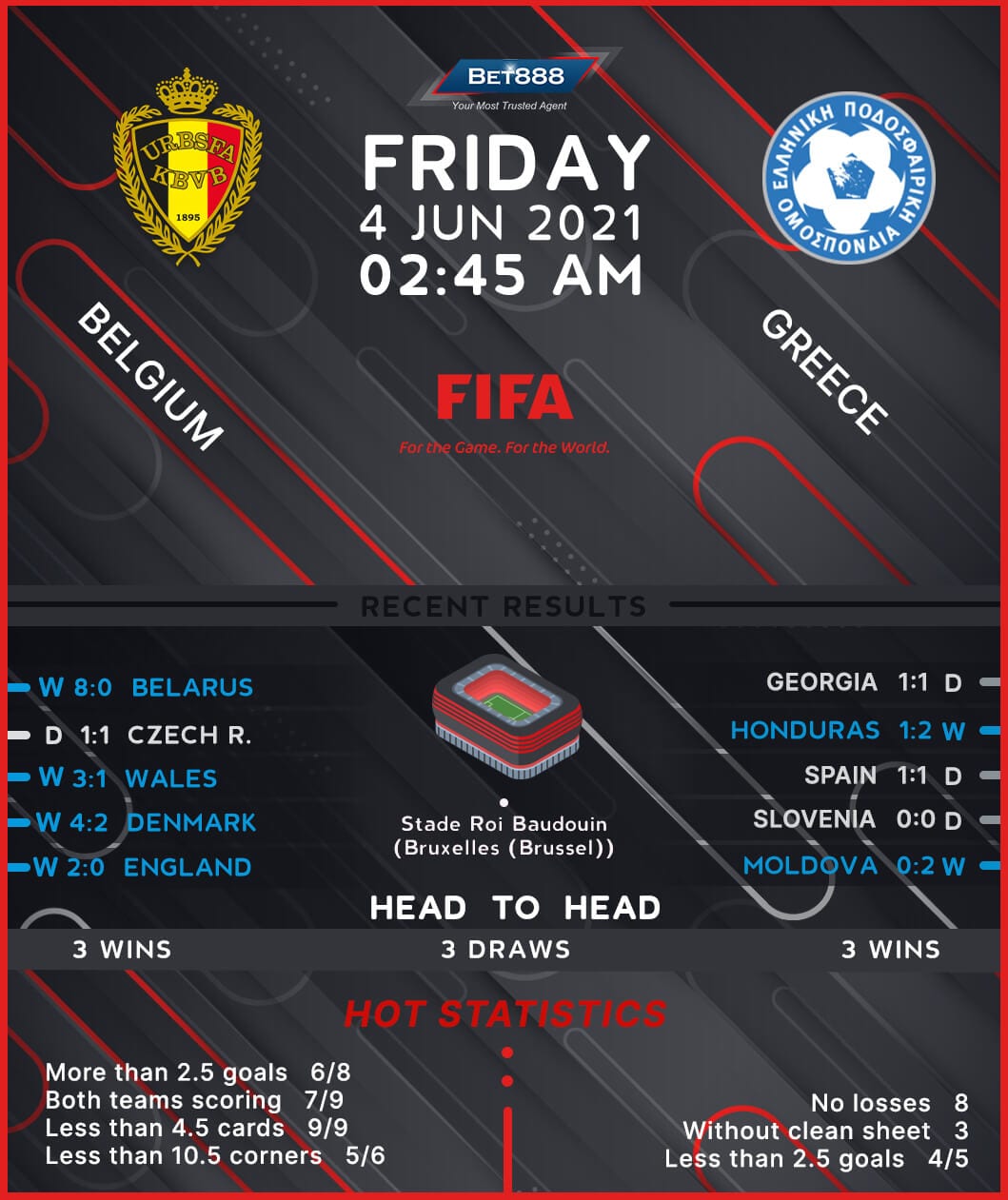