Saint-Petersburg Stadium is the venue as Belgium and Russia go head-to-head in their Euro 2020 Group B opener.

Belgium completed their Euro 2020 qualifying campaign as one of just two teams to win all ten matches, doing that by a resounding 40-3 aggregate scoreline. However, the world’s number one nation has yet to lift a major title, having reached the European Championship final tournament twice on the bounce for only the second time in the country’s history. With that said, Roberto Martinez’s men have qualified for the quarter-finals in each of their last three appearances at major tournaments, World Cup and European Championships included. Curiously, none of Belgium’s last 12 matches at Euro finals have ended as a draw (W5, L7), a run that started with a 2-1 loss to West Germany in 1980. ‘De Rode Duivels’ outscored Russia in both of their meetings in the Euro 2020 qualifying campaign by an aggregate score of 7-2.

In the meantime, the Russians had won the European Championship in their competition debut back in 1960 but ended up empty-handed in their subsequent Euro finals. However, since the dissolution of the Soviet Union, the ‘Sbornaya’ haven’t gone past the Euro group stage five times in their six appearances at the final tournament, with a third-place finish in the 2008 edition the solitary exception. Since exiting the 2018 World Cup, Russia have racked up 16 wins in their 29 games overall (D5, L8), with 75% of their victories producing over 2.5 goals. Except for a pair of losses to Belgium, Stanislav Cherchesov’s team won each of their remaining eight outings in the Euro 2020 qualifying campaign, returning an intimidating +30 goal difference from those triumphs (GF:31, GA:1). 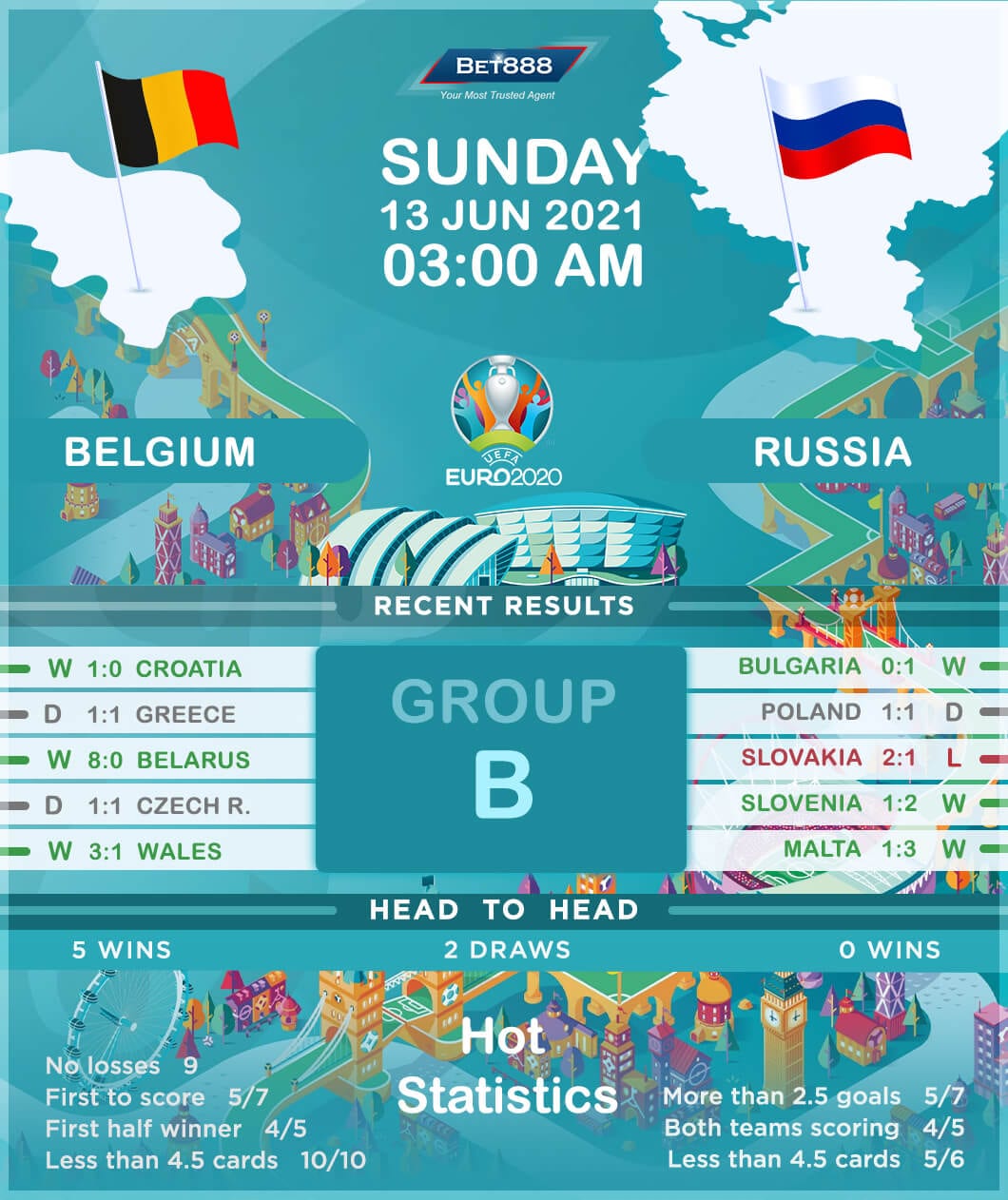