King Baudouin Stadium is the venue as Belgium and Wales go head-to-head in their World Cup Qualification Group E curtain-raiser.

Belgium head into proceedings as betting favorites to kick-start their qualifying campaign with a bang, having won four of their previous six meetings with Wales in World Cup qualifiers (D1, L1). However, ‘Les Diables Rouges’ succumbed to a 3-1 defeat when the two teams last faced off in the EURO 2016 quarter-finals. Notably, though, Roberto Martinez’s men have picked up a staggering 23 wins in their previous 24 qualifying matches since losing to Wales in 2015. Furthermore, since being defeated by Germany in 2010, Belgium have gone unbeaten in 24 qualifying games on home soil (W18, D6), racking up 87 goals in the process. They have been quite fun to watch lately too, as four of their last five competitive fixtures have seen over 2.5 goals and both teams scoring.

Meanwhile, the visitors’ propensity for slow starts in World Cup qualifiers has seen them win the opening match just five times in 18 attempts, though they’ve done so twice in the last three. However, Wales have kept a clean sheet in each of their previous four away games in all competitions (W3, D1), going 397 minutes without conceding on the road. Moreover, the ‘Dragons’ have suffered just four defeats in their last 30 qualifying encounters for the European Championships or World Cup (W15 D11), highlighting the potential for stunning one of Europe’s most intimidating sides. Rob Page’s men have struggled to impress at the other end of the pitch, though, scoring under 1.5 goals in 11 of their last 12 away fixtures, friendlies included. 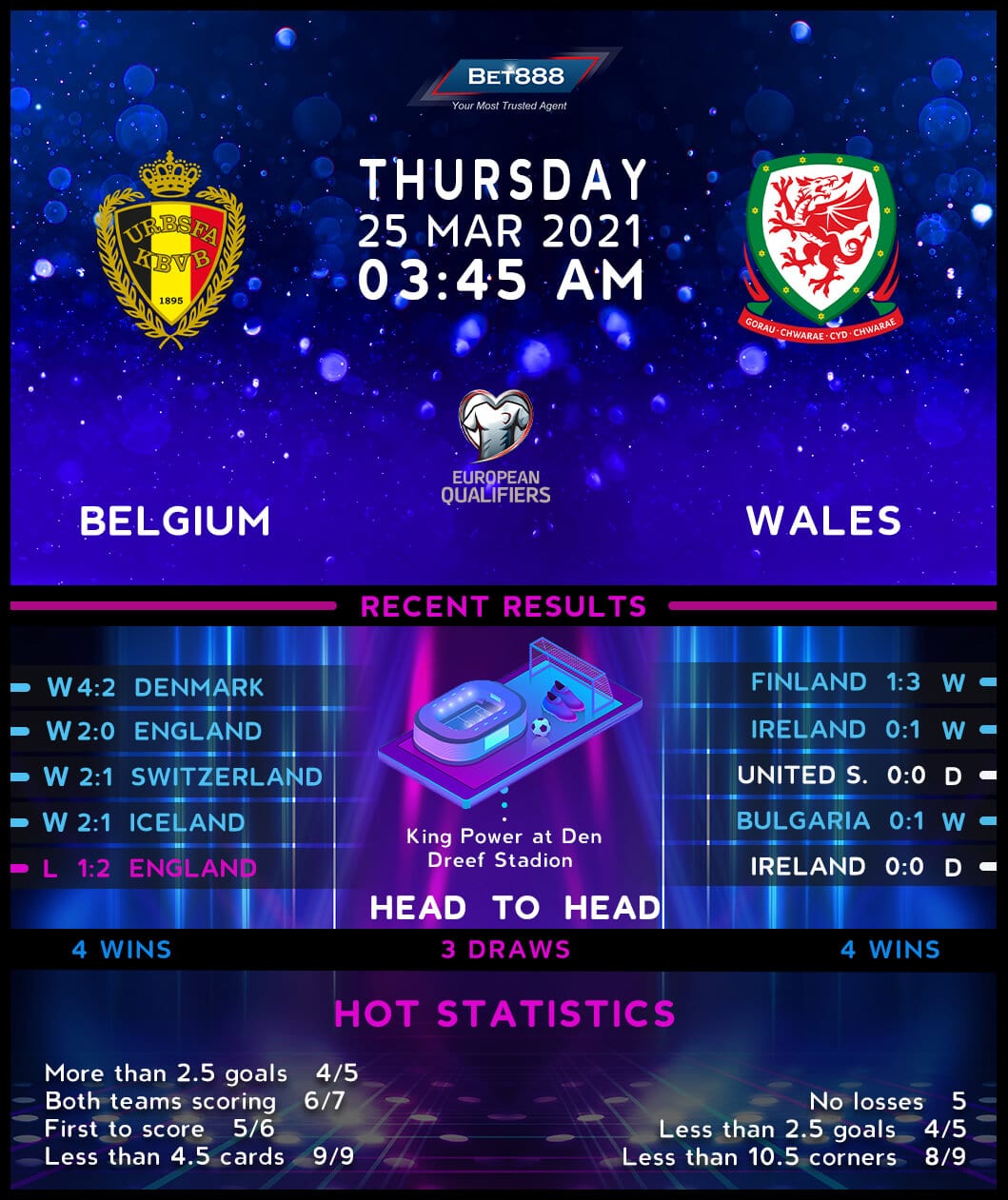