AC Milan will be looking to claim their first-ever Serie A victory over Benevento when the two teams meet at the Stadio Ciro Vigorito.

Benevento have started gaining momentum of late, going from four consecutive Serie A games without a win (D2, L2) to back-to-back victories, both of which came by the identical 2-0 scoreline. Goals have been in short supply in Benevento’s recent league fixtures, as each of their last seven has featured under 2.5 total goals. Though getting on the scoresheet in six of their opening seven home Serie A matches, lackluster Benevento have scored under 1.5 goals on five occasions. Curiously, though, ‘Gli Stregoni’ have hit the net in all four home Serie A meetings with last season’s top-six sides (D2, L2). Four of their five goals scored across those encounters arrived in the final 15 minutes of the first half.

Meanwhile, the 92nd-minute winner saw Milan overcome Lazio in a five-goal thriller to complete the autumn Serie A campaign without a single loss (W10, D4). Remarkably, ‘I Rossoneri’ boast a league-best win-ratio (85.71%) away from home this season, being ahead at half-time in each of their six Serie A road victories (D1), with five of those leads coming by the identical 1-0 scoreline. However, Stefano Pioli’s men have been quite vulnerable after the break, registering 85.71% (6) of their seven Serie A goals conceded away from home in the second half of play. Notably, though, the league leaders have been relentless versus the teams currently sitting in the upper half of the table, winning four of six such contests while drawing the other two. 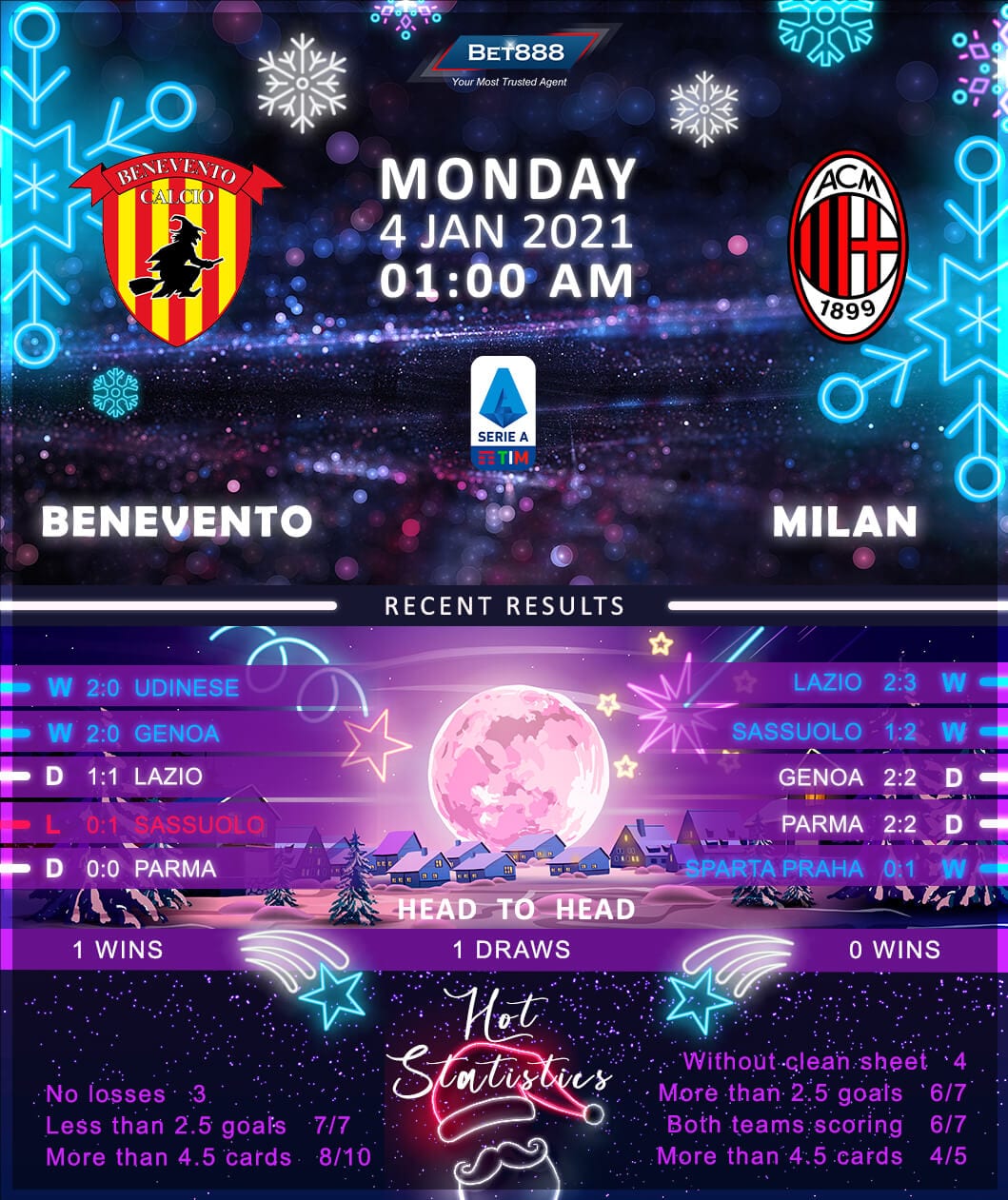