Benevento and Cagliari go head-to-head at the Stadio Ciro Vigorito in a crunch Serie A relegation six-pointer. With a single point separating the sides ahead of the kick-off, this showdown may well decide the faith of both teams.

Benevento have collapsed since pulling off a massive upset against Juventus in Turin in mid-March (1-0 win), going winless in their subsequent six Serie A outings (D2, L4). As a result, the hosts, who have yet to win a home league encounter this calendar year (D4, L6), enter this round stuck in the drop zone. Slow-starting Benevento have netted a league-fewest seven goals inside the opening 30 minutes of play this season. So it comes as no surprise that they have conceded first in a second-high 64.71% of their Serie A matches so far (22/34). Unfortunately, Filippo Inzaghi’s men have failed to respond in 81.82% of the league games in which they fell behind this term (W2, D3, L18). Curiously, though, ‘Gli Stregoni’ have scored more goals from corners (11) than any other Italian side so far.

Meanwhile, the visitors have gone into overdrive since going down 1-0 to Internazionale on Matchday 30, winning three out of their four Serie A games since then (D1), with each victory in that period yielding a narrow one-goal margin. Away from home, the Sardinians have won two of their last six Serie A matches (D2, L2), which is one more triumph than they had in their previous 11 road trips in the competition (W1, D3, L7). Worryingly, though, Leonardo Semplici’s men have scored a league-low 14 first-half goals this season, getting on the scoresheet inside the first 15 minutes of play in just 11.76% of their Serie A games so far (4/34). Additionally, ‘Gli Isolani’ have claimed just four wins in their last 18 Serie A meetings with newly promoted teams (D7, L7). 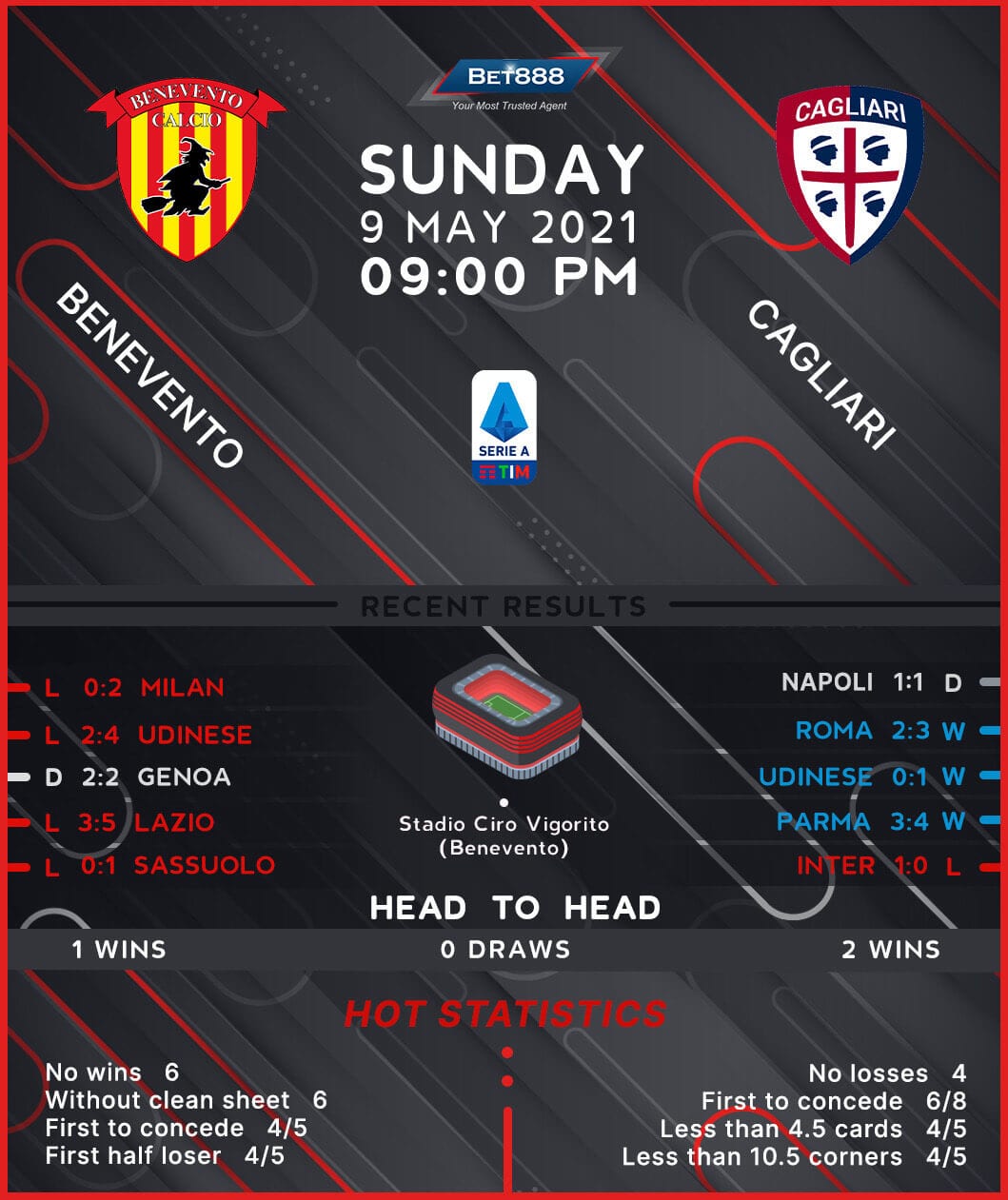