Benfica and Arsenal travel to the Stadio Olimpico, where they will lock horns in the first leg of their UEFA Europa League last-32 tie.

Benfica finished their Europa League group-stage campaign without a single loss (W3, D2), netting 2+ goals in each of their six matches in Group D, on an average of 3.00 goals scored per game. In fact, each of their six Europa League fixtures this season have featured over 1.5 second-half goals, with five of them producing 4+ FT goals. Going back to the 2009/10 campaign, ‘As Águias’ have played Premier League adversaries 15 times across major European competitions, returning a pretty balanced record of W5, D4, L6. Notably, Jorge Jesus’ men have won 14 of their last 17 first-leg encounters in the knock-out stage, including each of the previous nine that have been played on home soil (L3). What’s more, Benfica have not lost any of their last ten competitive home outings (W7, D3), keeping a clean sheet on six occasions in that run.

Meanwhile, despite a terrible Premier League campaign so far, Arsenal have been a force to be reckoned with this Europa League season, finishing top of Group B with a 100% win-rate (6/6). The ‘Gunners’ have scored at least three goals in five of their six European fixtures this term, mustering the competition’s second-high 20 goals in the process. Curiously, though, the Londoners have defeated four of the five Portuguese teams they’ve faced in Europe, with precisely Benfica being the lone exception (D1, L1). Although Arsenal’s European record against Primeira Liga sides is not as encouraging as you may expect (GP:14 – W6, D4, L4), they’ve returned a solid +14 goal difference from such contests (GF:24, GA:10). Worryingly, Mikel Arteta’s men have lost three of their last four competitive trips (W1), all of which via a single-goal margin. 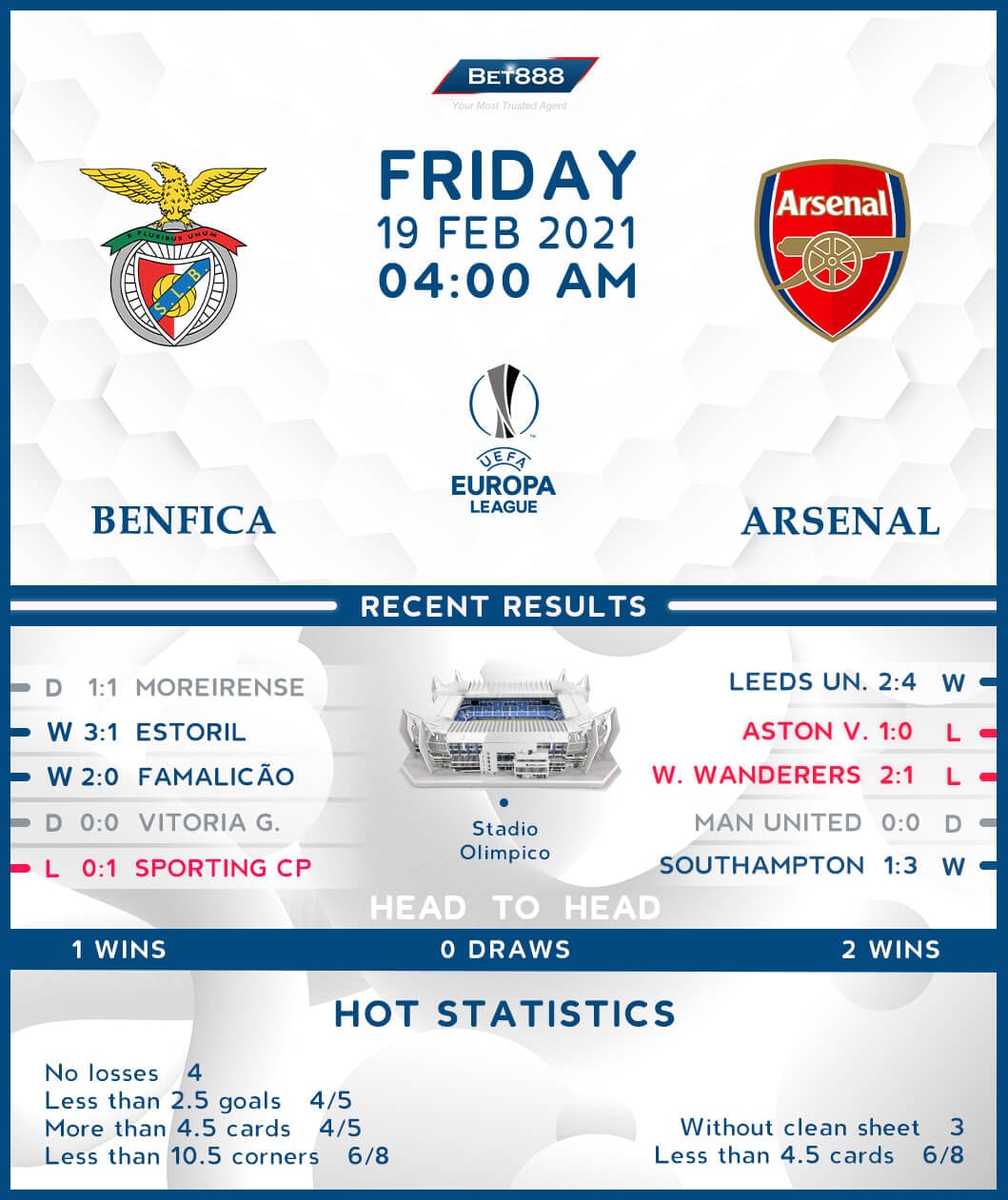