Unrelenting Bayern Munich will be looking to cement their place at the top of the Bundesliga table when they take on out-of-sorts Bochum at the Vonovia Ruhrstadion.

A 1-1 draw away to Hertha Berlin last time out made it three Bundesliga games without a win for Bochum (D2, L1), who have now won just one of their previous seven league outings (D3, L3). The newly-promoted outfit are desperate to avoid being sucked into a relegation battle, but a record of one win from their last 31 Bundesliga meetings with Bayern (D7, L23) doesn’t look promising. Neither does a humiliating 7-0 thrashing in the reverse fixture in September. Scoring has been a problem for Bochum this season, with only dead-last Greuther Fürth (18) netting fewer Bundesliga goals than VfL (20) so far, their worst tally at this stage of a top-flight season since 2000/01. ‘Die Unabsteigbaren’ can find some comfort knowing they’ve found the net in 80% of their home league games this term.

In the meantime, Bayern Munich took advantage of Borussia Dortmund’s thrashing to Bayer Leverkusen last time out to extend their lead at the Bundesliga summit to nine points, courtesy of a 3-2 home victory over RB Leipzig. Following a false start to the new calendar year (2-1 loss to Gladbach), the ‘Bavarians’ have strung together three successive league wins by an aggregate score of 11-3. Julian Nagelsmann’s men have scored a resounding 68 goals after 21 Bundesliga matches this season, setting an unprecedented milestone in Germany’s top-flight. Away from home, the perennial Bundesliga champions have mustered up 35 goals this term, 15 more than Bochum home and away. Indeed, they have netted 4+ goals in each of their last three top-flight travels and could become the first-ever side to make it four on the trot in the competition. 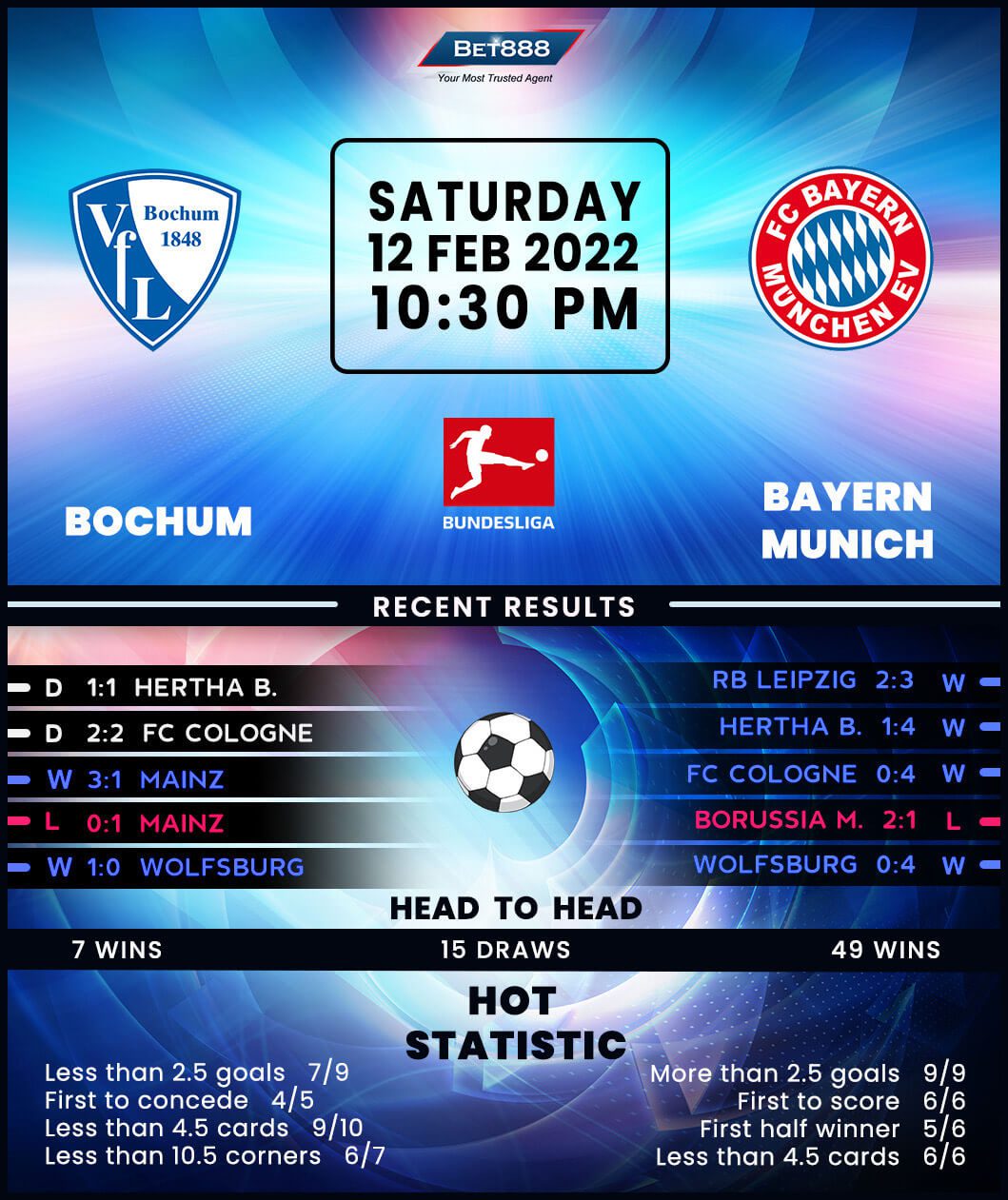