It is ‘do or die’ for both Bolivia and Uruguay as the two sides battle it out for Copa America 2021 survival at the Arena Pantanal in Cuiabá.

After losing both of their opening Group A fixtures, the Bolivians are staring at the prospect of suffering a group stage exit from Copa America with another defeat here. Indeed, ‘La Verde’ have developed a habit of quitting the tournament early, having failed to advance to the knock-out phase seven times in their last eight appearances. Another similar scenario looks likely, with Bolivia heading into this match as the only team yet to pick up a single point and score from open play in this summer’s Copa America edition. The Bolivians now go up against a side they have outscored once in 12 Copa America H2Hs this century (D3, L8). Additionally, they have only won twice in the last 46 matches in non-home tournament editions (D18, L26).

Uruguay’s Copa America journey has started with a whimper rather than a bang, as they lost 1-0 to Argentina in their Group A curtain-raiser before barely pulling off a 1-1 draw with Chile on Matchday 2. Slow-starting Uruguayans have conceded the opener within 26 minutes of in both Copa America fixtures this summer. However, Luis Suarez’s strike against Chile ended a four-game goal drought for Uruguay, though they come into this encounter winless in five (D3, L2). Since the introduction of the South America tournament back in 1916, ‘La Celeste’ have never finished the competition without picking up at least one win – a good omen heading into the group stage finale. Oscar Tabarez’s men can also draw confidence from beating Bolivia via a two-goal margin in both of their previous competitive H2Hs. 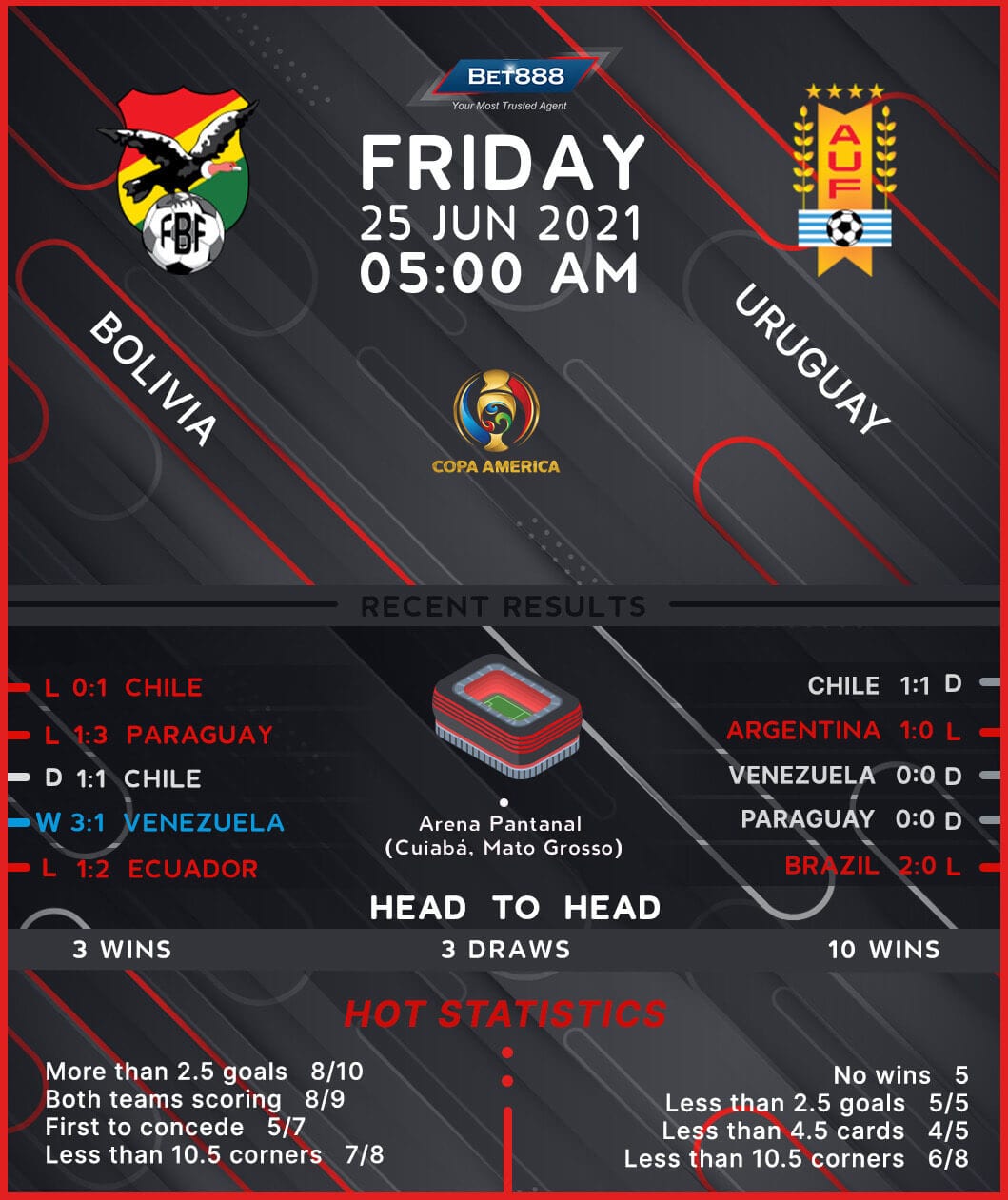