AC Milan will be looking to return to winning ways in Serie A when they take on Bologna at the Stadio Renato Dall’Ara this weekend.

A 2-0 away loss at Juventus last time out saw ‘I Rossoblù’ fail to win nine of their previous ten Serie A matches (D5, L4), conceding 2+ goals per game seven times in the process. Interestingly, six of Bologna’s last eight league goals let in have come before the hour mark. The Greyhounds will hardly face a more formidable opponent than a Milan side they last won against in Serie A in January 2016. In fact, Sinisa Mihajlovic’s have lost 16 of their previous 22 top-flight meetings with Milan (W1, D5), failing to win any of their last 14 Serie A encounters at Renato Dall’Ara (D4, L10)! Furthermore, Bologna have drawn a blank in three of their last five top-flight H2Hs as hosts, which has been the case only once in their nine Serie A home games this season.

Meanwhile, Milan surrendered a half-time lead to lose 2-1 to Internazionale in the Coppa Italia midweek, stretching their losing run to two games in all competitions. Indeed, ‘I Rossoneri’ succumbed to a disastrous 3-0 defeat to Atalanta at home on Matchday 19, marking the first Serie A match in which they failed to get on the scoresheet since January 2020. However, Stefano Pioli’s men could set a new club record if they find the net here, as they’ve managed to score in 19 consecutive Serie A trips ahead of this fixture. Remarkably, the current table-toppers have netted over 1.5 goals in each of their last 15 away league games and are one of only three Serie A sides to smash an away 10-goal first-half barrier this season. 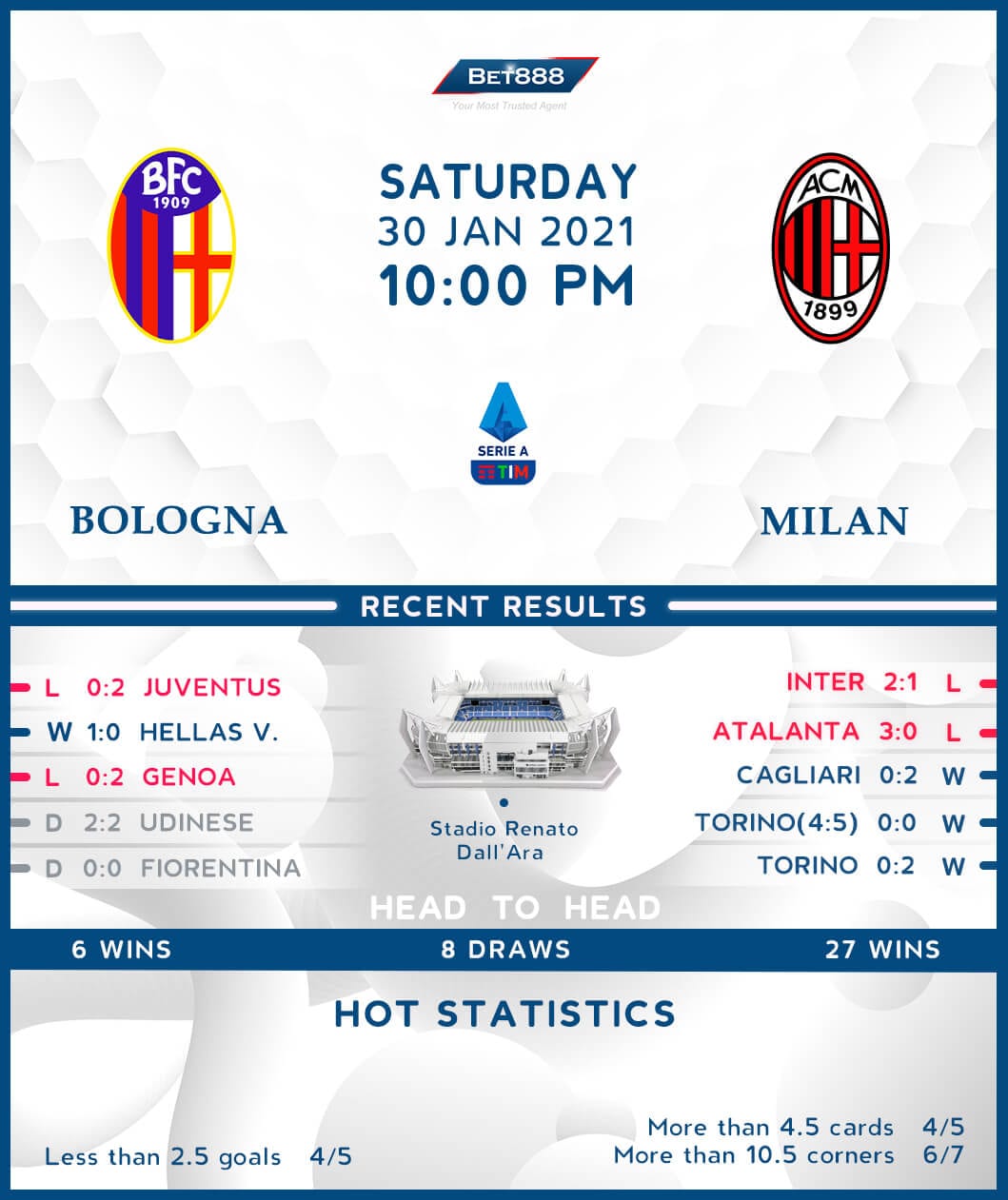