Bologna and Internazionale go head-to-head at the Stadio Renato Dall’Ara in a potentially high-scoring Serie A encounter. Their last three league H2Hs have seen 3+ goals and both teams scoring.

Bologna showed some mental fortitude in their last Serie A outing, coming from a 2-0 half-time deficit to book a 3-2 away triumph at Crotone, which means they’ve now won two league matches in a row after suffering back-to-back defeats beforehand. Interestingly, each of their last three Serie A games won/lost have seen the victor score precisely three goals and fail to keep a clean sheet. At home, the ‘Greyhounds’ have suffered just one defeat in their previous seven matches (W3, D3), notably finding the net each time in that period and scoring 2+ goals on four occasions. Another noteworthy takeaway from Bologna’s performances this season is that they have conceded the joint-fewest four league goals inside the final 15 minutes of top-flight action (along with Inter).

In the meantime, the visitors are currently on the club’s second-best eight-game winning streak in Serie A, last hitting a similar stride back in 2007 (17 in a row that time). The runaway league leaders returned a resounding +17 goal difference from that eight-match sequence (GF:20, GA:3), registering 70% of their total goals scored in that run beyond the 50th minute (14/20). Away from home, ‘I Nerazzurri’ have gone into overdrive since suffering a 2-1 defeat at Sampdoria in their first road trip in 2021, winning four of their subsequent six Serie A travels (D2) and scoring 2+ goals in five. Coming into this matchday as favorites to claim all three points, Antonio Conte’s men have only lost two of their last 13 H2Hs against Bologna in Serie (W7, D4, L2). Furthermore, they have not lost any of their 14 top-flight trips to Renato Dall’Ara (W11, D2) since a 2-1 defeat in February 2002. 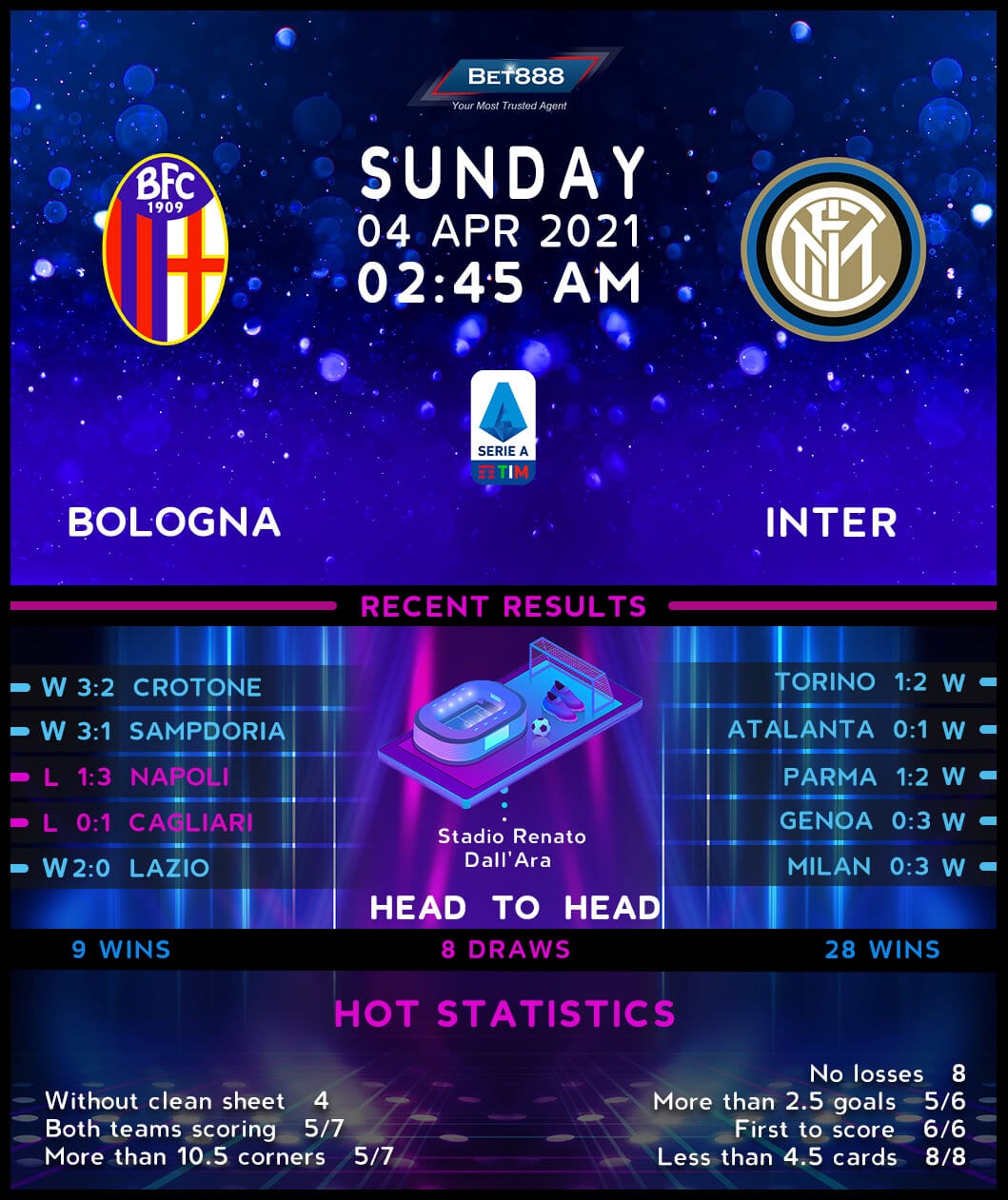