Lille will be looking to extend their winning Ligue 1 run against Bordeaux to four games when the two sides face off at Matmut Atlantique this midweek.

Bordeaux’s three-game winning streak in Ligue 1 was brought to a halt last time out with a 2-1 away loss at Olympique Lyonnais, meaning three of their previous four top-flight matches have yielded the identical 2-1 scoreline. Curiously, none of Bordeaux’s last eight league games have ended in a draw (W5, L3), with seven of the fixtures won/lost in that period seeing the victor score 2+ goals. In turn, none of the previous six top-flight meetings between these adversaries at Matmut Atlantique have ended level, with ‘Les Girondins’ running out winners on five of those occasions (L1). Further improvement of that H2H record will require Jean-Louis Gasset to avoid conceding the opening goal, as Bordeaux have lost all three Ligue 1 home matches in which they shipped the opener this season.

Ahead of the kick-off, Lille have won four Ligue 1 fixtures on the bounce, each by a narrow one-goal margin and three via the identical 1-0 scoreline. Furthermore, ‘Les Dogues’ have racked up a four-game winning away streak in Ligue 1, keeping a clean sheet three times in the process. Indeed, only OGC Nice (7) have shipped fewer away league goals than Lille (8) this season. At the other end of the pitch, quick-start Lille have scored the opening goal in a league-high 72.73% of their matches this Ligue 1 campaign, boasting an intimidating win-ratio of 81.25% when doing so (GP:16 – W13, D3). But, Christophe Galtier’s men tend to start their away league matches a bit cagey, as evidenced by the fact they have failed to score inside the opening 15 minutes in any of their ten Ligue 1 trips so far. 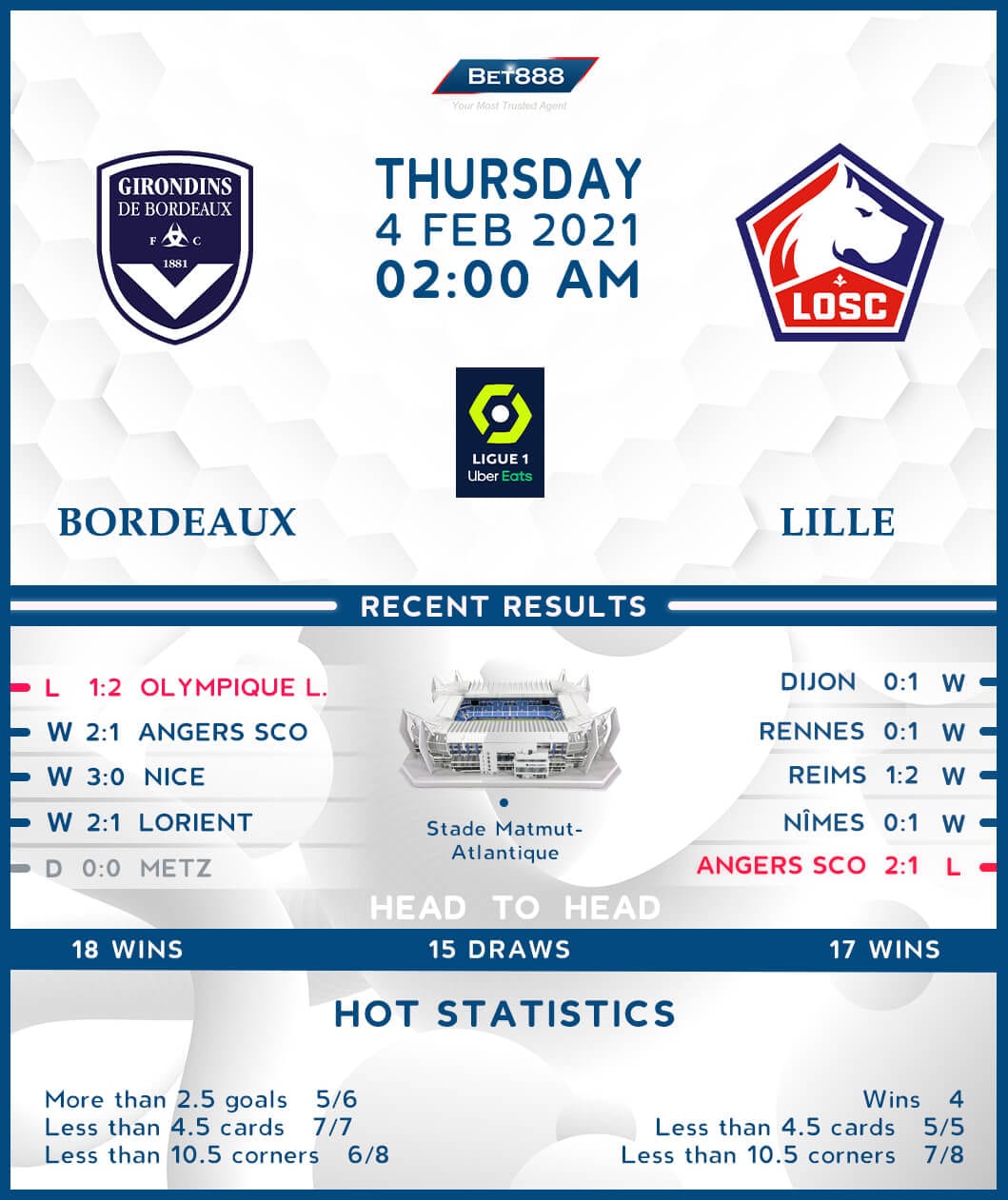