Bordeaux and Paris Saint-Germain go head-to-head at the Matmut Atlantique in a Ligue 1 classic.

Bordeaux suffered a disastrous 2-1 home defeat to Mainz at the weekend despite harboring a half-time lead. It’s been the first time this season that Jean-Louis Gasset’s men had failed to win a league match in which they were leading at half-time (GP7 – W6, L1). As a result, the hosts have now lost five of their last six Ligue 1 fixtures (D1), conceding over 1.5 goals in each reverse – a sequence that leaves them hovering in mid-table. At home, ‘Les Girondins’ have failed to find the net in three of their last four competitive matches (D1, L3), letting in over 1.5 goals in as many games in the process. PSG’s visit may stir more painful memories, as Bordeaux have not won any of their last five top-flight H2Hs as hosts (D2, L3), returning a -5 goal difference from those meetings (GF3, GA8).

Meanwhile, PSG bridged the gap on top-placed Lille to only two points over the weekend, courtesy of a 4-0 drubbing of Dijon away from home. After drawing his first game in charge of ‘Les Parisiens,’ Mauricio Pochettino has either won or lost each of the subsequent nine Ligue 1 matches (W7, L2), seven of which have seen the winner on the day keep a clean sheet. Indeed, the reigning French champions have registered a vast majority (83.33%) of their total Ligue 1 victories this season without conceding (15/18), as they boast the division joint-best defensive record of only 17 goals shipped so far. However, it may come as some surprise that Paris have not won any of the three away league games in which they conceded the opener this term (D1, L2). 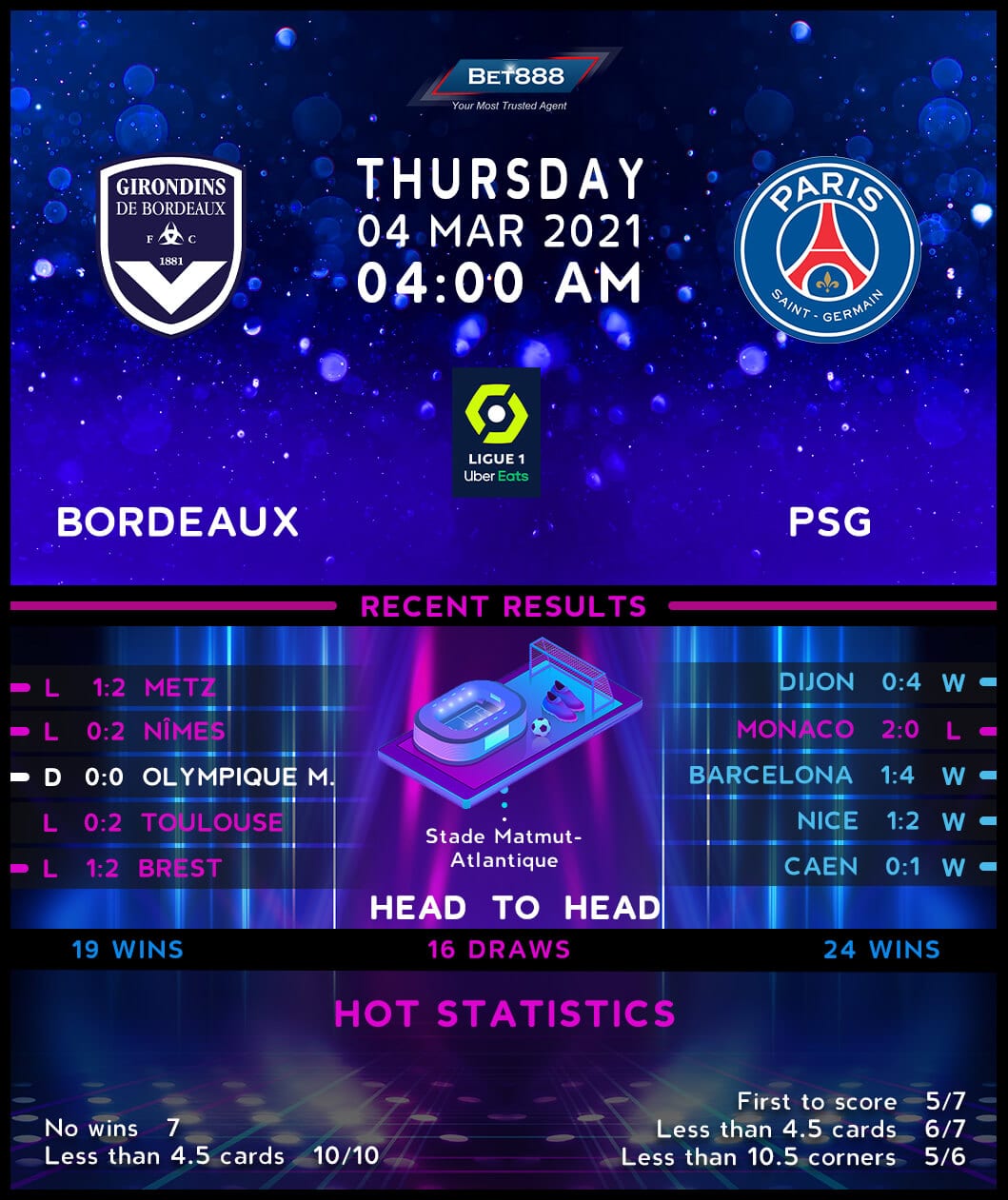