Signal Iduna Park is the venue, as Borussia Dortmund take on relegation-threatened Arminia Bielefeld, looking to claim back-to-back Bundesliga wins for the first time since the beginning of 2021.

Borussia Dortmund have accrued a win, a draw, and a loss in their last three Bundesliga matches, all of which featured over 1.5 second-half goals. Sitting six points adrift of fourth-placed Eintracht Frankfurt, ‘Die Borussen’ must start picking up the pace, and a four-game unbeaten league streak at home (W2, D2) is handy coming into this fixture. Edin Terzic’s men have scored over 1.5 goals per game in three of their last four Bundesliga home outings, which has been the case in four of their previous five top-flight meetings with Bielefeld. The hosts often step up after the half-time break, notably registering 72.73% of their total Bundesliga goals scored at home this term in the second half of play (16/22). Indeed, Dortmund have found the net beyond the 75th minute in 60% of their home league games this season.

In the meantime, Arminia Bielefeld have gone winless in four Bundesliga matches on the trot (D1, L3) since beating Stuttgart 3-0 on Matchday 17, conceding over 2.5 goals on each occasion in that run of fixtures. ‘Die Arminen’ have shipped 14 goals across their last four Bundesliga games, as many as they managed in the previous 11 outings in the competition. At the other end of the pitch, Uwe Neuhaus’ men remain one of only three sides yet to smash a 10-goal barrier away from home this Bundesliga campaign (8 goals scored) after netting a league-low two first-half road goals. Worryingly, Bielefeld have established a habit of falling behind without recovering, surrendering the points in all 13 Bundesliga matches in which they conceded the opening goal this term (L13)! 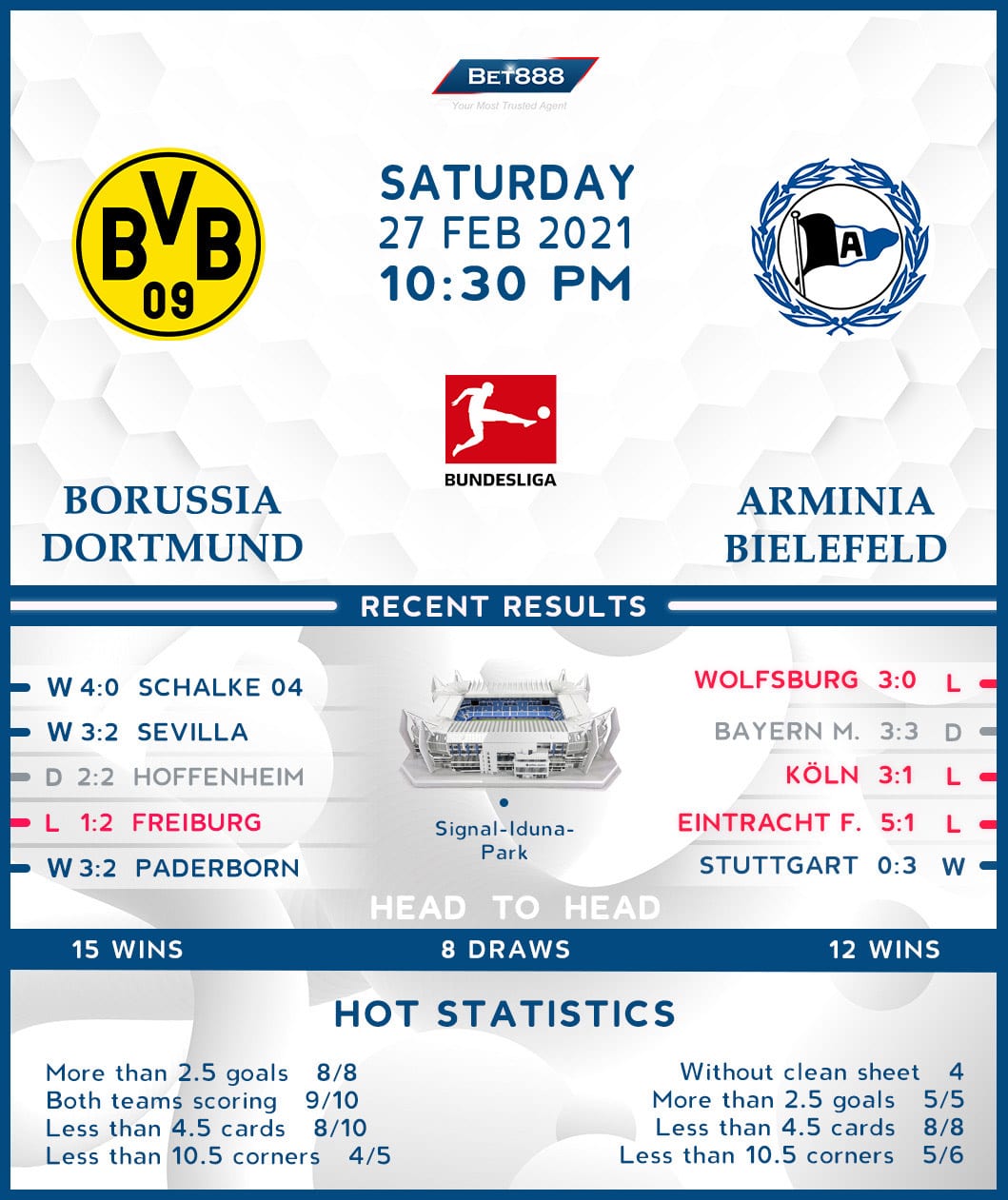