Borussia Dortmund will be looking to settle the score with Augsburg after suffering a 2-0 defeat in the reverse Bundesliga fixture when the two sides meet at Signal Iduna Park this weekend.

Borussia Dortmund seem to have lost ground lately, going from back-to-back Bundesliga triumphs to three consecutive league matches without winning (D1, L2). At home, ‘Die Borussen’ have avoided defeat in their last two Bundesliga outings (W1, D1) after suffering three consecutive home league losses beforehand. Dortmund will be confident of maintaining their promising home run against a side they’ve not lost to in any of their last five top-flight meetings held at Signal Iduna Park (W3, D2). However, the ‘clean-sheet’ theme appears to be well off the table, given that Dortmund have failed to register a single shutout in any of their last 14 Bundesliga matches against Augsburg. It’s worth noting that all of Borussia’s six competitive home victories this season have yielded a clean sheet and multi-goal margins.

Meanwhile, Augsburg claimed a tight 2-1 home win over Union Berlin last time out, bringing a three-game losing Bundesliga streak to a halt. Curiously, none of their previous seven top-flight matches have ended in a draw (W3, L4), with five of those results (win/lost) seeing the victor preserve a blank sheet. Low scoring has been a theme for the ‘Fuggerstädter’ away from home this season, as only three (37.5%) of their eight Bundesliga trips have produced over 2.5 goals. Augsburg’s away action usually sparks into life after the half-time break, as evidenced by the fact that 72.22% of their total league goals scored/conceded on the road have come in the second half of play (13/18). Against that low-scoring backdrop, both of their previous Bundesliga visits to Signal Iduna Park have seen over 5.5 goals and both teams on the scoresheet (L2). 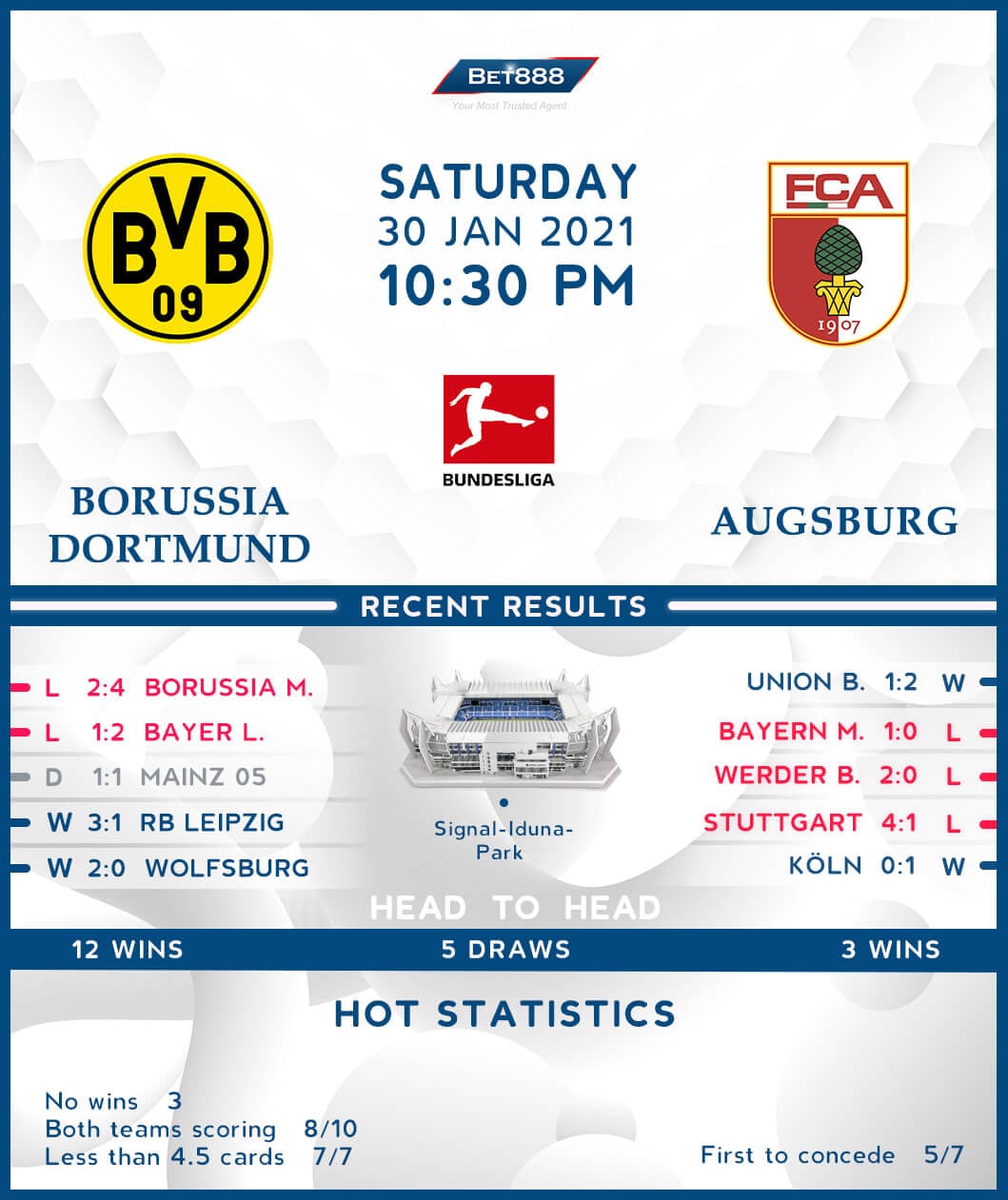