Borussia Dortmund and Bayer Leverkusen are set to trade tackles at the Signal Iduna Park in their final match of the 2020/21 Bundesliga campaign.

Ever since a 2-1 home defeat to Eintracht Frankfurt at the beginning of April, Borussia Dortmund have hit the purple patch, racking up six consecutive Bundesliga triumphs by an aggregate score of 17-6. Last weekend’s 3-1 away win over Mainz saw Dortmund qualify for the next season’s UEFA Champions League group stage. Free-scoring ‘Die Borussen’ have found the net in each of their last 31 Bundesliga outings and are one game away from equalling the club record set in 1996. Edin Terzic’s men have put together seven victories in all competitions, last enjoying such a winning streak under Thomas Tuchel in 2016. Remarkably, Dortmund have won their previous five home Bundesliga meetings with Leverkusen on the trot, netting 3+ goals on each occasion!

Meanwhile, the visitors have gone unbeaten in three consecutive Bundesliga outings (W1, D2) since a 2-0 away loss to Bayern Munich to qualify for the next season’s UEFA Europa League group stage. However, ‘Die Werkself’ have alternated between a draw (2) and a loss (2) across their last four Bundesliga trips since beating Borussia Monchengladbach on Matchday 24. Alarmingly, Leverkusen have failed to score in each of their last four away league games and will equal the negative club record if they draw a blank at the Signal Iduna Park. On the bright side, they have come out victorious in their final match of the season in nine of the last ten Bundesliga seasons, except for a 2-1 loss to Frankfurt in 2015. 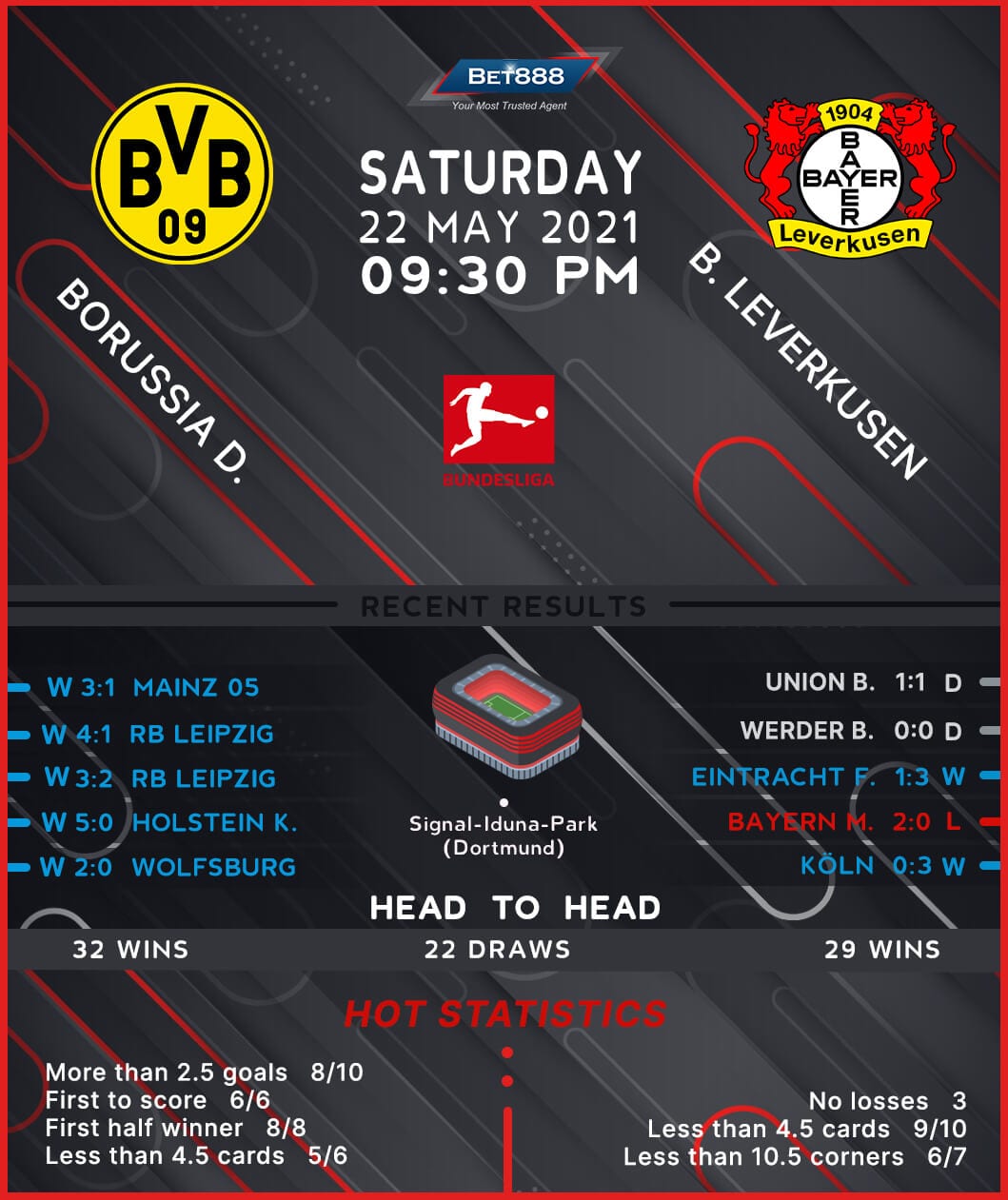