Borussia Dortmund and Eintracht Frankfurt will square off at the Signal Iduna Park in a massive Bundesliga top-four six-pointer.

A 2-2 away draw at Koln on the eve of the international break means Dortmund have scored 2+ goals in six consecutive Bundesliga matches, albeit they have won just three of them (W3, D2, L1). At home, though, the hosts have gone undefeated in six league games (W4, D2) since succumbing to a 5-1 thumping to Stuttgart back in December, notably netting over 1.5 goals in all but one of those fixtures. Far more aggressive after the interval, ‘Die Borussen’ have registered a clear majority (77.78%) of their total Bundesliga goals scored at home in the second half (21/27), finding the net inside the final 15 minutes of play 66.67% of their home league outings this season (8/12). Additionally, they have won each of their last nine top-flight H2Hs as hosts, scoring at least twice on every occasion.

On the other hand, the visitors have put together three Bundesliga matches without losing (W1, D2) since suffering a 2-1 defeat away at Werder Bremen on Matchday 23. Curiously, ten of Frankfurt’s last 11 league fixtures have seen both teams on the scoresheet, with eight (72.73%) of them producing over 2.5 total goals. On the road, however, ‘Die Adler’ have gone from back-to-back Bundesliga triumphs to two straight games without winning (D1, L1), with each of those four matches featuring 2+ second-half goals. Remarkably, Adi Hutter’s men have failed to score just once in 26 league outings this season, managing an average of 2.03 goals netted per Bundesliga match. That statistic comes in handy here, knowing they have drawn a blank in four of their last eight top-flight trips to Dortmund. 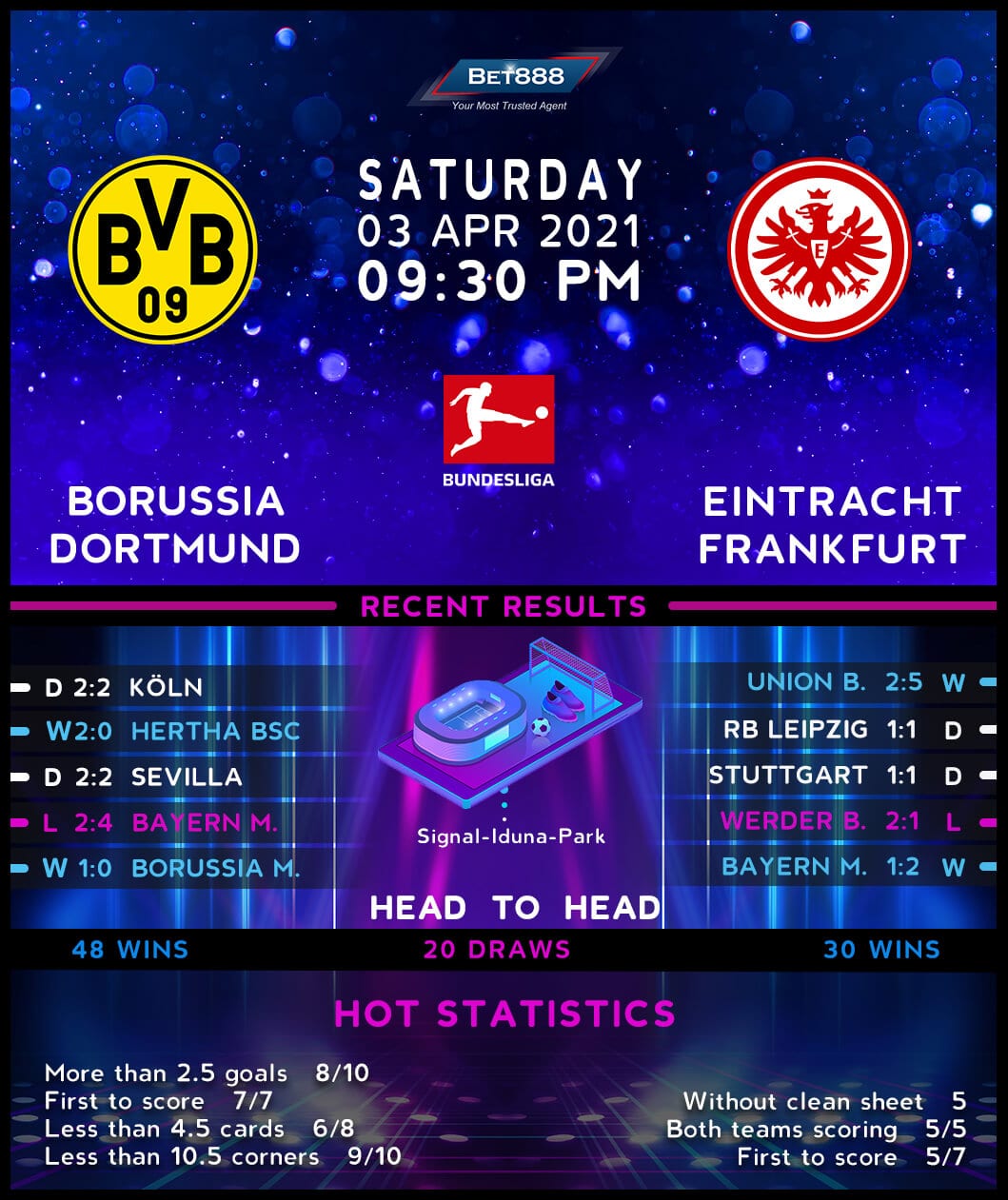