Signal Iduna Park is the venue, as Borussia Dortmund and Hertha BSC go head-to-head in an exciting Bundesliga encounter.

Borussia Dortmund found themselves on the receiving end of a 4-2 walloping to Bayern Munich last weekend, which saw their three-game unbeaten run in the Bundesliga come to an end (W2, D1). Sitting four points adrift of fourth-placed Eintracht Frankfurt, ‘Die Borussen’ can ill-afford any more slip-ups if they are to compete in the Champions League again next season. Hertha’s visit should help to boost their chances of breaking into the top four again, as Edin Terzic’s men won their last four top-flight H2Hs by an aggregate score of 11-6. Remarkably, Dortmund have found the back of the net in each of their previous 29 Bundesliga home meetings with this opposition. Additionally, the hosts have not lost any of their five league matches at Signal Iduna Park under Edin Terzic (W3, D2), scoring 2+ goals on four occasions.

On the other hand, Hertha grabbed a tight 2-1 home victory over Augsburg last time out, putting an end to their disastrous nine-game winless Bundesliga streak (D2, L7). Before slotting two goals past Augsburg, ‘Die Alte Dame’ had failed to score in six of their nine Bundesliga fixtures, netting precisely once in each of the other three. However, Pal Dardai’s men are winless in their last eight away league matches (D4, L4) as they face the prospect of equalling their run of nine consecutive Bundesliga trips without winning set in 2017. Hertha’s away action usually bursts into life after the interval, as evidenced by the fact that 73.53% of their total top-flight goals scored/conceded on the road this season have arrived in the second half of play (25/34). Indeed, eight of their 12 away Bundesliga games have seen a goal scored beyond the 75-minute mark. 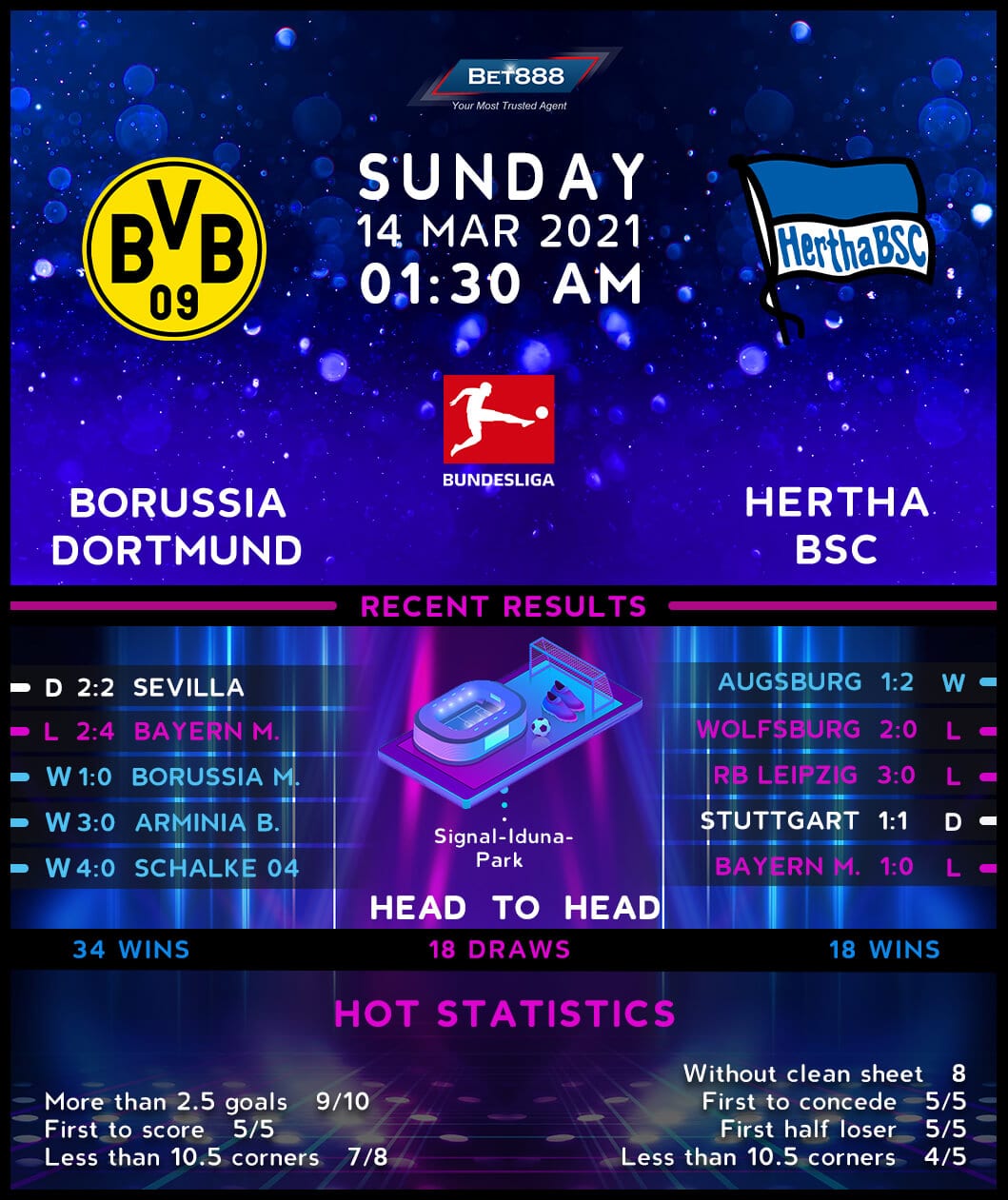