Overwhelming favorites to secure a place in the DFB Pokal final, Borussia Dortmund entertain second-tier Holstein Kiel at the Signal Iduna Park in the cup semi-finals.

Borussia Dortmund have barely broken a sweat en route to qualifying for the DFB Pokal semi-finals, having eased past Duisburg, Eintracht Braunschweig, and Borussia Monchengladbach without conceding once. The lone exception was a hard-fought penalty shoot-out triumph at the expense of Paderborn in the round of 16. ‘Die Borussen’ have won each of their last four matches in domestic competitions, returning a +8 goal difference from those successes (GF:11, GA:3), with their last three victories yielding a winning margin of 2+ goals. At the Signal Iduna Park, Edin Terzic’s men have gone from back-to-back 2-1 losses to two straight victories, both of which saw them score in both halves and find the net within 29 minutes of play. Dortmund have faced Holstein only once in the 21st century, coming out 4-0 victors in the 2011/12 DFB Pokal quarter-finals.

Meanwhile, Holstein Kiel have demonstrated their capability for causing a major upset this season, having dispatched reigning DFB Pokal and Bundesliga champions Bayern Munich in the second round. In addition to beating the ‘Bavarians’ on a penalty shoot-out, Kiel went past Darmstadt under similar circumstances in the last-16 before hammering Rot-Wiess Essen 3-0 in the quarter-finals. Desperate to perform another upset, Ole Werner’s men take the field after picking up just one victory in their last five road trips in the 2. Bundesliga (D2, L2). Despite failing to keep a clean sheet in five consecutive away games, the visitors have managed to restrict their opposition to a single goal per match four times in this sequence. However, a lack of firepower in the front third has seen ‘Die Störche’ score under 1.5 goals in seven of their last nine competitive outings, managing an average of 1.33 goals per game. 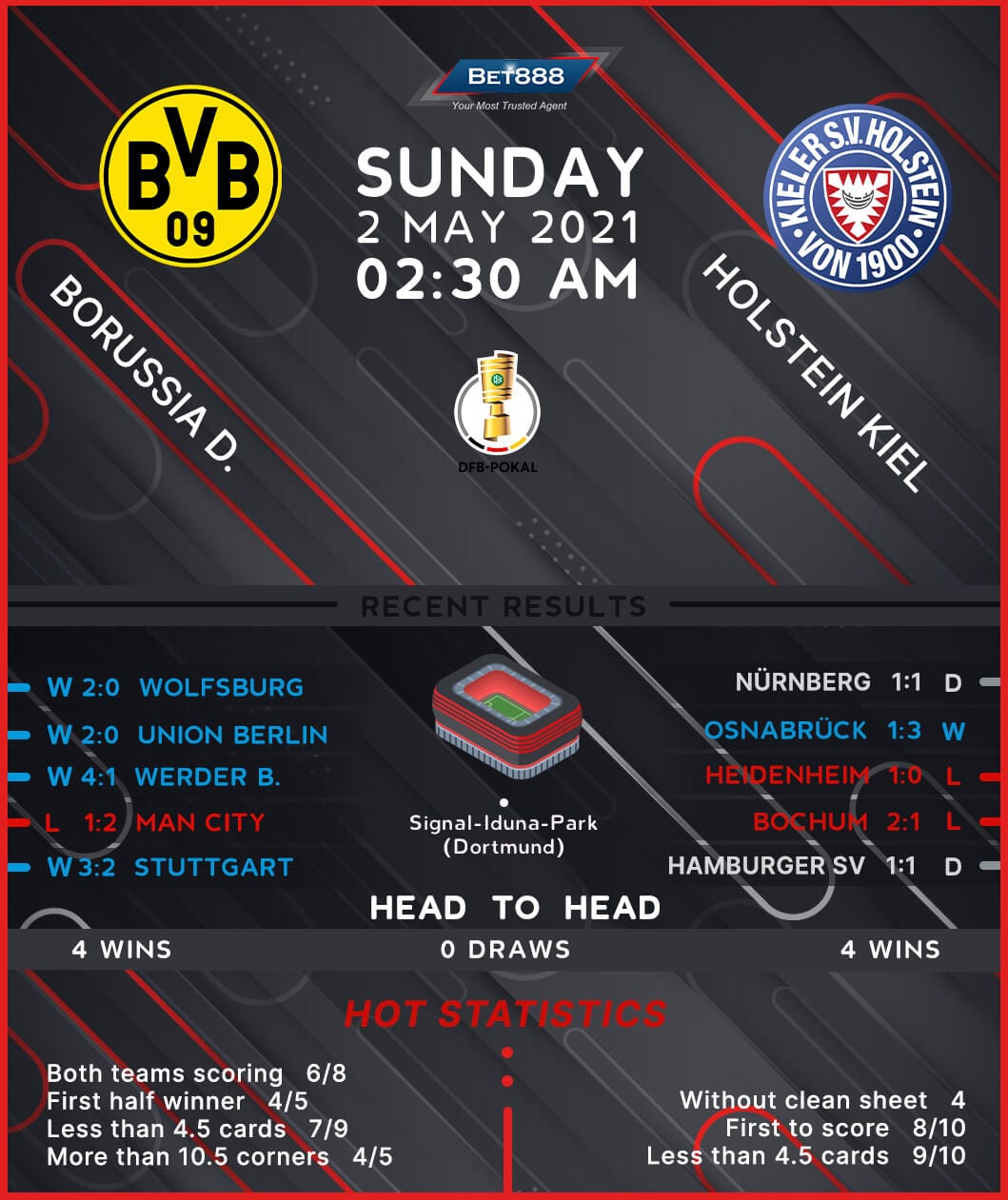