Signal Iduna Park is the venue as Borussia Dortmund and Lazio battle it out for a top spot in the UEFA Champions League Group F.

The hosts have secured three consecutive multi-goal wins ‘to nil’ in the Champions League group stage since succumbing to a 3-1 defeat to Lazio on Matchday 1. A loss in Italy means all three of their previous European meetings have seen the home side win (W1, L2). ‘Die Borussen’ have racked up a five-game winning home streak in the Champions League and are unbeaten in their last eight home matches in the competition’s group stage (W6, D2). Interestingly, none of Dortmund’s seven competitive home fixtures this season has ended in a draw (W5, L2), with each of their five wins in that sequence yielding a clean sheet and producing a winning margin of at least two goals. Also, five of Dortmund’s last six goals scored in the Champions League arrived in the first half of play.

Meanwhile, the visitors have yet to lose in the Champions League group stage this season (W2, D2). Curiously, both draws across that four-game sequence came by the 1-1 score, while each victory yielded the same 3-1 scoreline. Quick out of the blocks, Simone Inzaghi’s men have registered 62.5% (5) of their eight goals scored in Group F in the opening 25 minutes of play. However, the ‘Biancocelesti’ have picked up just one triumph in their last seven European trips to Germany, qualifying included (D2, L4). Moreover, they have recorded only one win in their 14 previous away matches in the Champions League (D4, L9), going winless in the last seven (D3, L4). Lazio can take some confidence from the fact they have avoided defeat in each of their four previous competitive away games (W2, D2). 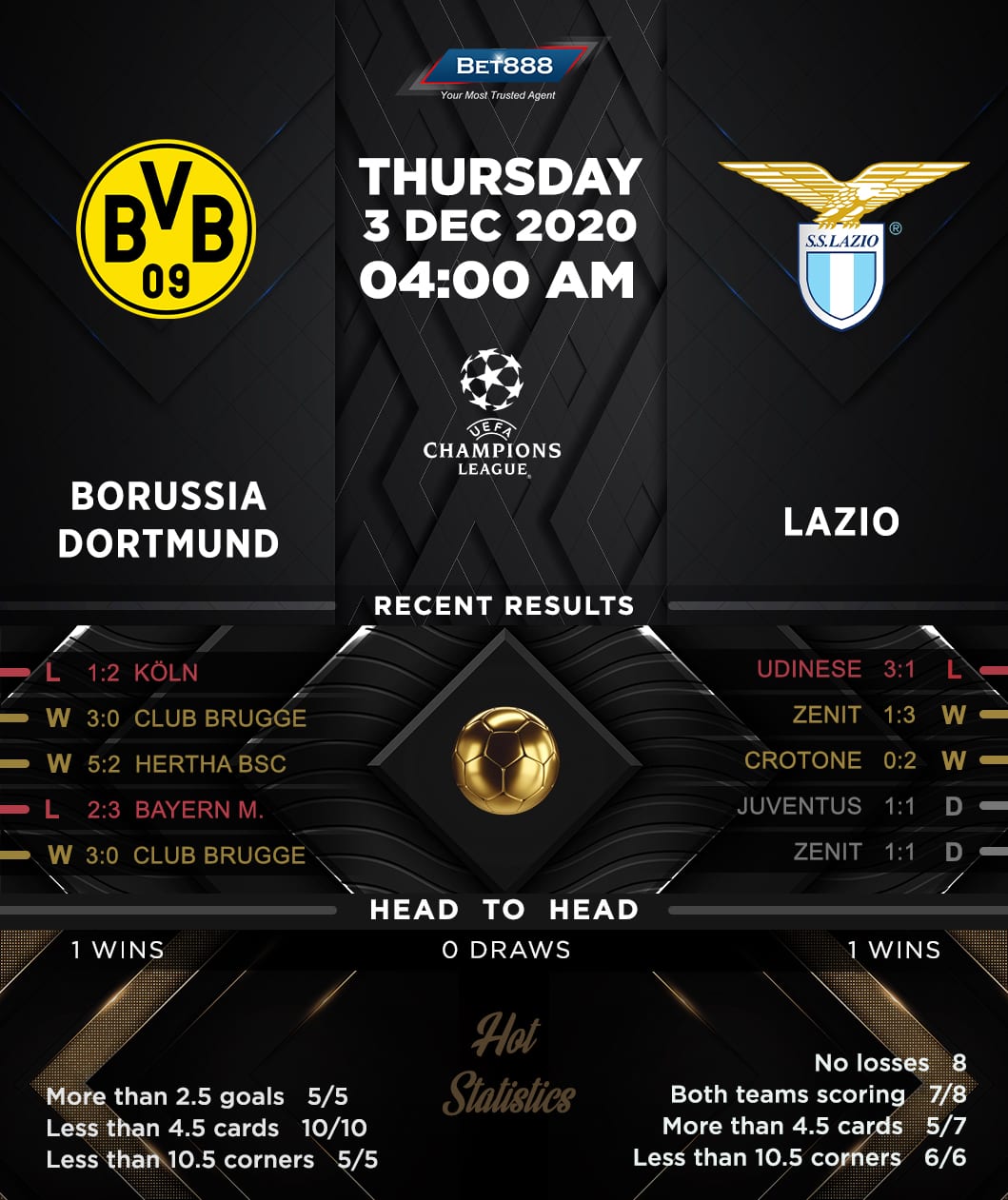