Resurgent Borussia Dortmund entertain rock-bottom Bundesliga side Mainz 05 at the Signal Iduna Park, hoping to pick up all three points and stay within touching distance of top-placed Bayern Munich.

Borussia Dortmund head into this encounter full of confidence after winning each of their last three competitive matches by a two-goal margin. Notably, Edin Terzic’s men tend to win with dignity when doing so, given that each of their four home Bundesliga victories this season has yielded a clean sheet and a full-time margin of at least two goals. Additionally, ‘Die Borussen’ concede fewer goals on average versus Mainz than against any other Bundesliga side (0.89). Against this backdrop, they have failed to keep a blank sheet in six of their last seven Bundesliga meetings, letting in a total of ten goals. At the other end of the pitch, Dortmund have netted a league-high 26 second-half goals this season, finding the net beyond the 75th minute in 60% of their Bundesliga fixtures thus far (9/15).

Meanwhile, Mainz are going through a dreadful spell of form, as they enter this round winless in seven Bundesliga games (D2, L5), drawing a blank on four of those occasions. As a result, their only top-flight success this term dates back to 22nd November at SC Freiburg (3-1), which is why they remain nailed to the bottom of the table, seven points adrift of 15th-placed Arminia Bielefeld. Yet, if ‘Die Nullfünfer’ manage to get on the scoresheet here, they are likely to do it early in the match, given that 78.57% of their Bundesliga goals scored this season have come in the first half of play (11/14). Conceding the opening goal could well mean an end of Mainz’s hopes of avoiding defeat here, knowing they have lost all nine league fixtures in which they shipped the first goal. 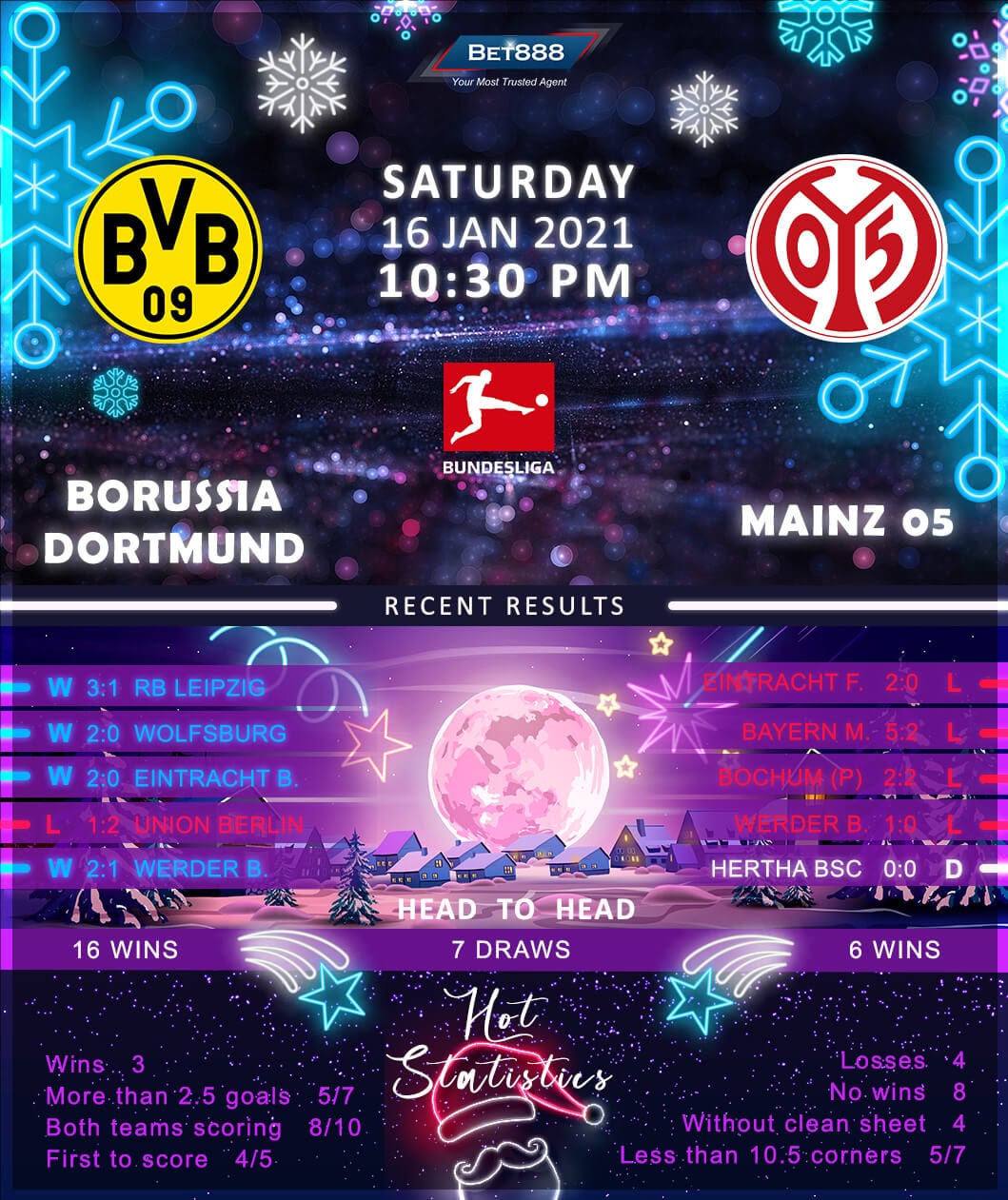