A 2-1 first-leg loss at the Etihad Stadium fills Borussia Dortmund with confidence that they can overcome Manchester City in their exciting UEFA Champions League quarter-final tie.

The first-leg reverse marked Dortmund’s sixth successive defeat to Premier League sides in major European competitions. Furthermore, ‘Die Borussen’ have now lost 53.85% of their last 13 knock-out matches across European competitions (W3, D3, L7), with two of their three wins in that sequence coming at home. However, the Bundesliga heavyweights have failed to impress on home turf lately, ending up on the winning side in just 44.44% of their last 18 European matches at the Signal Iduna Park (W8, D5, L5). Yet, Dortmund boast a positive overall home record against Premier League visitors (W6, D4, L3), albeit they have lost their last two such contests. Although they face an uphill task to qualify for the semi-finals, the hosts can take some comfort from the fact they have managed to win 47.06% of the UEFA two-legged ties in which they lost the first leg on the road.

Meanwhile, Phil Foden’s 90th-minute strike at the Etihad made it seven consecutive wins for Manchester City against German opposition. The visitors have won each of their last three European trips to Germany and are undefeated in their last five (W4, D1). Home and away, the ‘Citizens’ have won all but one of their 12 UEFA meetings with Bundesliga sides (D1) since a 1-0 defeat to Bayern Munich in September 2014. Pep Guardiola’s men have progressed from five of the seven UEFA two-legged ties after winning the first leg at home, albeit their last such engagement resulted in elimination to Monaco back in the 2016/17 UEFA Champions League round of 16. On the road, the runaway Premier League leaders have won ten of their last 15 European fixtures (D3, L2), with none of the two defeats in that period coming on foreign soil. 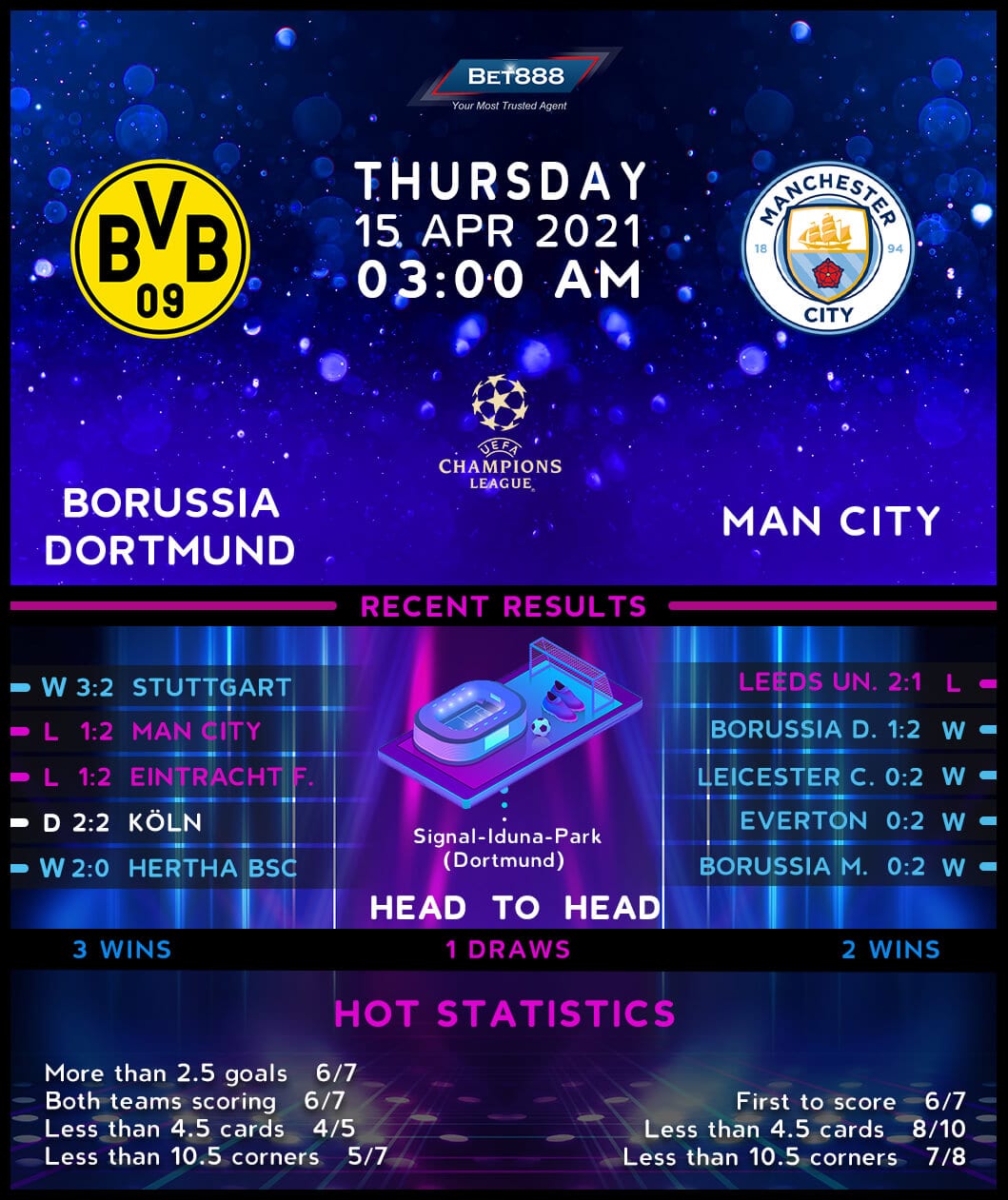