Signal Iduna Park is the venue, as Borussia Dortmund and Paderborn battle it out for a place in the DFB Pokal quarter-finals.

Dortmund performed a comeback to beat Augsburg 3-1 at home last weekend, bringing a three-game winless streak to an end (D1, L2). High scoring has been a theme for ‘Die Borussen’ lately, as four of their previous five competitive matches have seen over 2.5 goals and both teams scoring. Topically, each of those four fixtures featured 2+ second-half goals, seeing at least one goal scored on or beyond the 75th minute. A return of only two wins from Dortmund’s last six home games in all competitions (D2, L2) suggests that Edin Terzic’s men may not have a field day against a Paderborn side they’ve not lost to in any of their three competitive H2Hs as hosts this millennium (W2, D1). Notably, both of their previous such meetings have witnessed both sides score in matches garnering over 5.5 total goals.

Meanwhile, Paderborn have endured mixed fortunes in their last six competitive games (W2, D2, L2), with three of the four matches won/lost in that period yielding a narrow one-goal margin. Furthermore, the visitors have not won any of their last three away fixtures despite scoring on each occasion (D1, L2). To optimize their chances of halting that three-game winless run, Steffen Baumgart’s men will have to improve defensively, having failed to keep a clean sheet in six of their last seven competitive trips. Yet, Paderborn can take some confidence from their impressive DFB Pokal performances this season – they dismantled lower-league outfit Wiedenbruck 5-0 in their cup curtain-raiser and moved on to outscore Union Berlin 3-2 in the previous round. 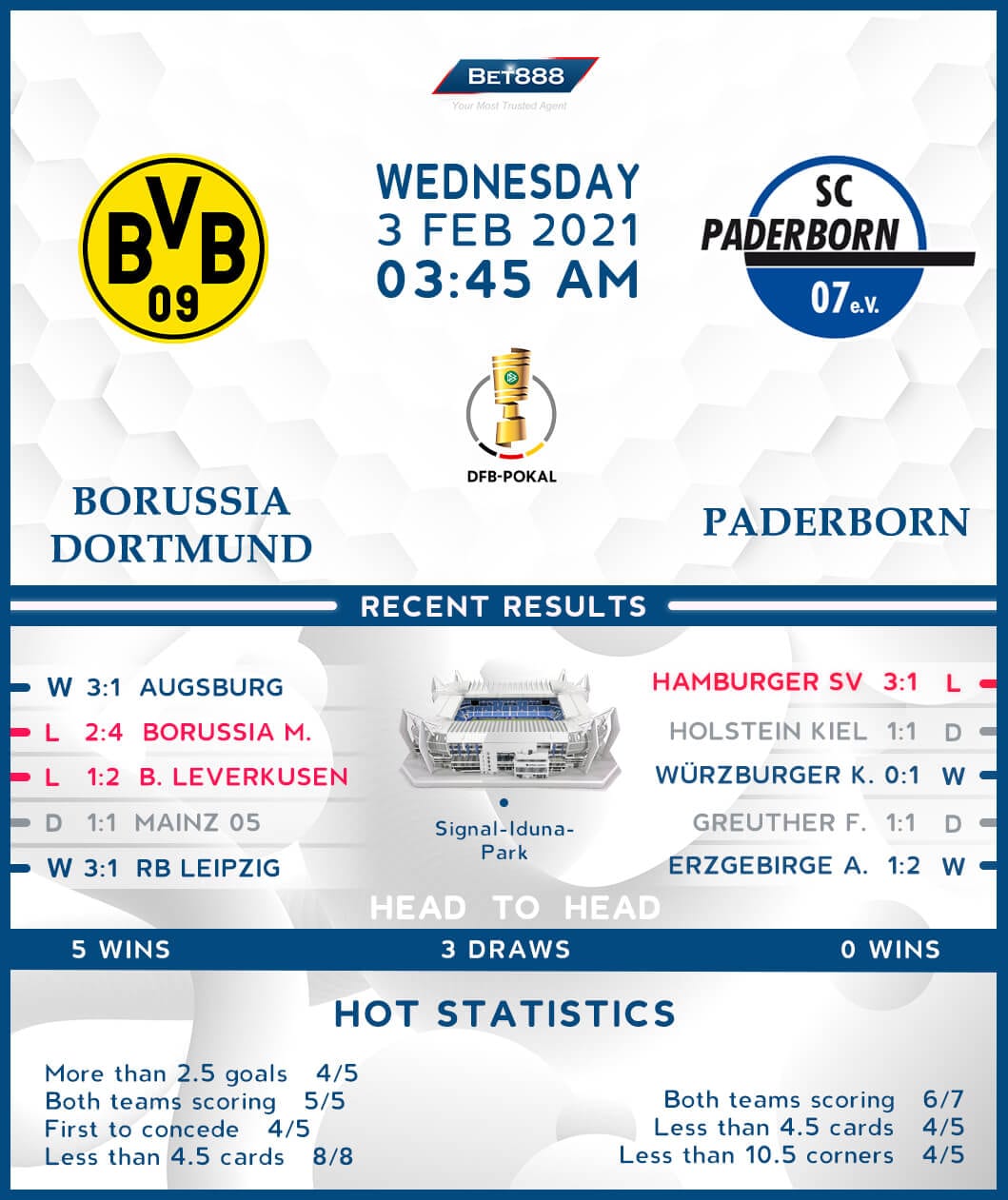