A 3-2 first-leg win in Spain puts Borussia Dortmund in a prime position to overcome Sevilla in their UEFA Champions League last-16 tie going into the return leg at Signal Iduna Park.

Coming off the back of a 4-2 away thumping to arch-rivals Bayern Munich in the Bundesliga, Dortmund will be looking to maintain their six-match undefeated home streak (W3, D3) and reach the Champions League quarter-finals for the first time since 2016/17. ‘Die Borussen’ have put together seven Champions League home games without losing (W5, D2) since suffering a 1-0 defeat to Tottenham in 2018/19, which also remains the lone reverse in their last 11 on home turf in Europe’s elite club competition. Notably, the Bundesliga giants have only lost one of their seven European home clashes versus La Liga visitors (W5, D1, L1) since they succumbed to a narrow 1-0 defeat to Sevilla in the UEFA Europa League group-stage in 2010/11. Ruthless in front of goal, Edin Terzic’s men have netted over 1.5 goals in five of their six outings in the Champions League this term.

As for Sevilla, they have won their last two away matches in Champions League (qualifying excluded) and are now looking to win three away European fixtures in a row for the first time since 2006/07. It will be a daunting task for ‘Los Nervionenses’ to qualify for the Champions League quarter-finals, knowing they have bowed out of a major UEFA competition in all three two-legged ties that saw them lose the first leg at home. Though Sevilla’s only previous European trip to Dortmund resulted in a 1-0 success, the Andalusian heavyweights have lost three of their last four Champions League clashes against Bundesliga clubs. Additionally, Julen Lopetegui’s only Champions League match staged in Germany brought a disastrous 6-1 defeat to Bayern Munich back in his time at the helm of Porto. Sevilla need to score at least two to progress, which is something they’ve managed in four of their last five matches in the competition. 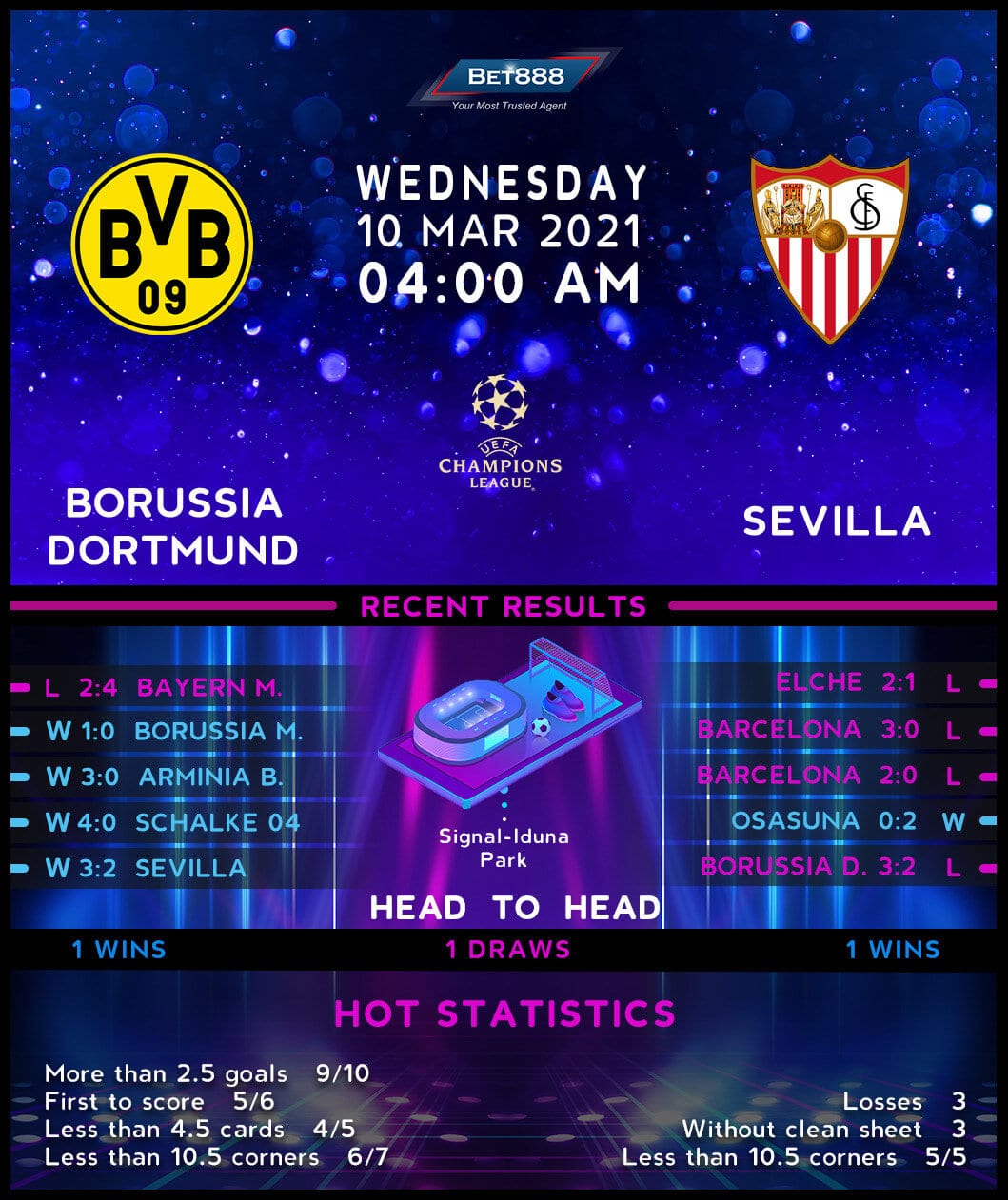