Borussia Dortmund and Stuttgart will lock horns at the Signal Iduna Park in a potentially high-scoring Bundesliga affair. Indeed, each of their last 12 top-flight H2Hs has produced over 2.5 total goals, with nine seeing both teams score.

The hosts have conceded an average of 2.00 goals per match across their last four Bundesliga fixtures to win just one of them (D1, L2), as they now trail table-toppers Bayern Munich by four points. Also, Dortmund’s dip in form has seen them go from three consecutive home Bundesliga victories to back-to-back defeats, with each of those five games producing over 2.5 goals. Notably, Dortmund’s attacking set-up usually sparks into life after half-time, as the vast majority (86.36%) of their total Bundesliga goals scored this season has come in the second half of play (19/22). Additionally, ‘Die Borussen’ have netted 2+ match goals in four of their five home Bundesliga games this season, which has been the case in each of their last five top-flight H2Hs held at this venue (W4, D1).

On the other hand, the visitors have been nothing short of outstanding away from home this term (W3, D2), scoring over 1.5 goals in four of their five Bundesliga trips on an average of 2.4 goals netted per away league game. Particularly prolific in the later stages, Pellegrino Matarazzo’s men have found the net beyond the 75th minute in three of those five abovementioned trips. It’s also worth noting that just 37.50% (6) of Stuttgart’s 16 Bundesliga goals conceded this term arrived away from home. Yet, slow-starting ‘Die Schwaben’ have shipped the opener in three of their five Bundesliga matches on the road so far, which has been the case in each of their last three top-flight trips to Dortmund. 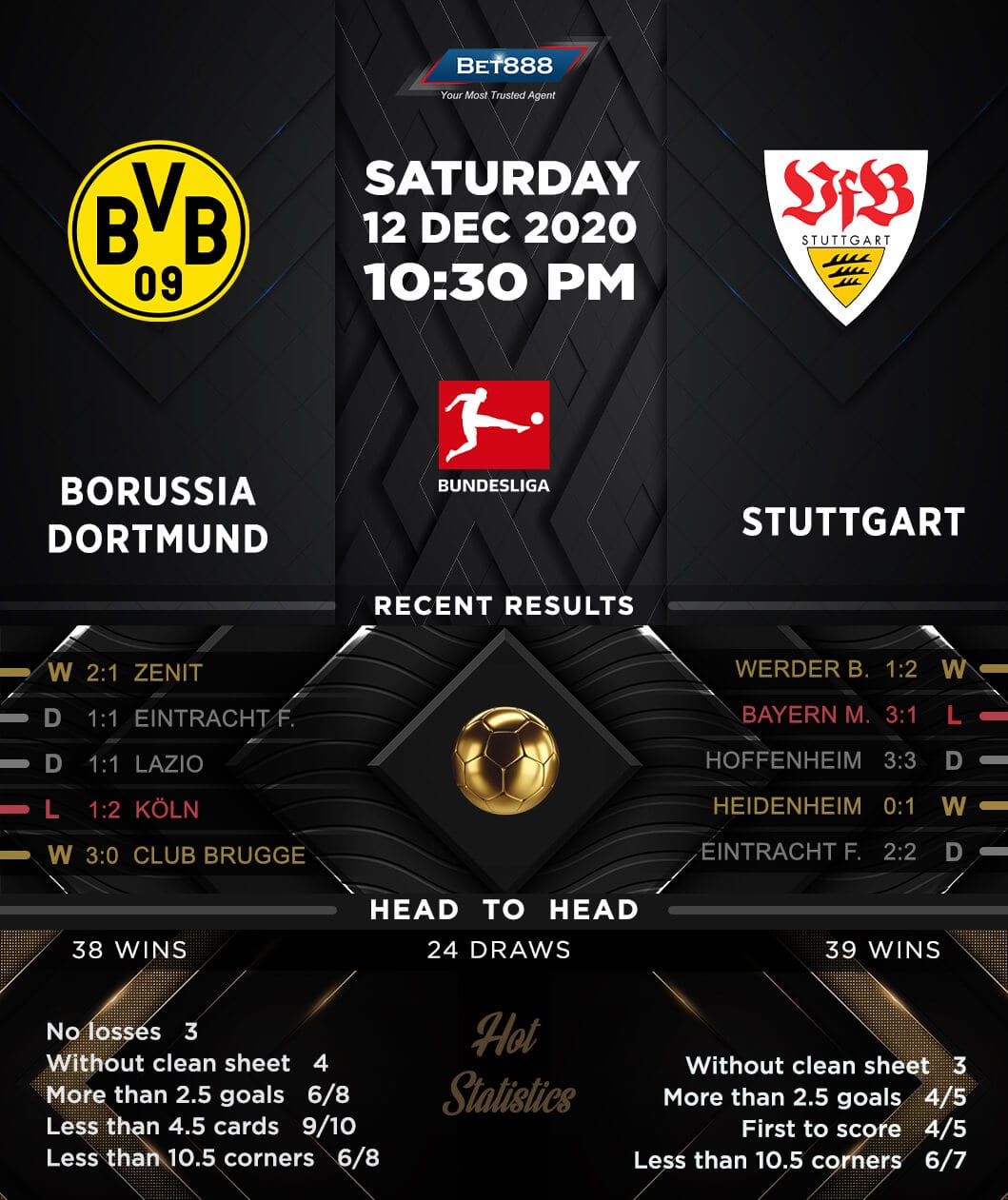